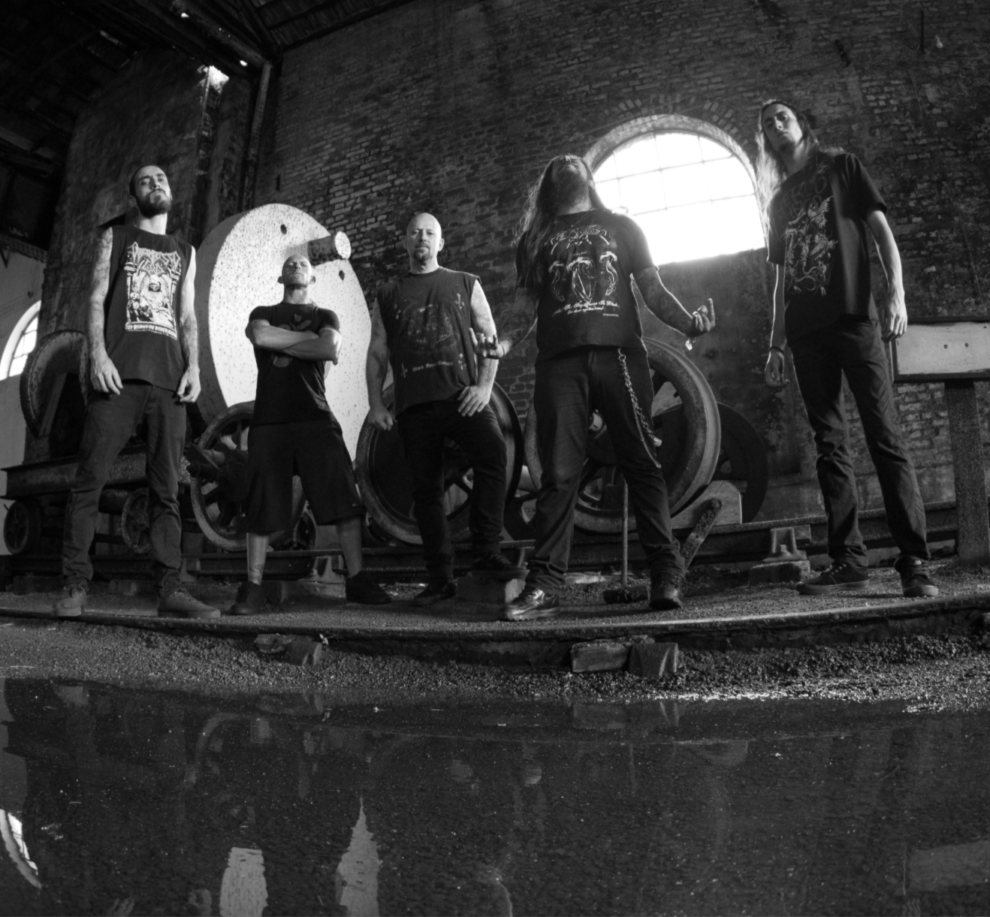 Brazilian death metal crushers Nervochaos premieres the new official music for  “Beyond The Astral”, taken from the upcoming record  “All Colors Of Darkness”, which will be released on February 11th, via Emanzipation Productions.

This is another perfect death metal crusher , by the masters of death metal craft. The song starts with this interesting riff pattern, crushing and chaotic in Nervochaos style. And this riff is something insanely good that will take the listeners to a ride of three minute intensity and chaos – that is just unstoppable and fierce through out the whole duration of the song.  Which shows that this song is death metal abomination of strong and destructive power. It is typical death metal song – with all of the best trades from death metal genre. This riffs are written in such awesome way and the idea to sounds like that as well,  also the whole mix of two riff patterns, colliding into one another – created this death metal formula, that will leave a deadly impact  impact on death metal fans and they will like it. Then it continues with this bass guitar passage, that is arrangement in outstanding way with the whole song- showing the high skillful level of playing, production and arranging music,  that this veterans are known for.

Then it comes the explosivity of death, here comes the Brian with his usually great vocal and growl skills – to make even more chaos in the song. His vocals are adapted and arrangement in a excellent way with the whole brutal and chaotic atmosphere of the song, also balanced with riffs and drum set, as well as the rest of the song.  Brian fantastically cared this song as well – with his lower growls and higher growls (scream growls). This also makes this song a death metal force of fierce and uncompromising death metal power. Everything is coordinated and balanced in the whole structure of the song and this is not a surprise for the death metal veterans – that have over twenty five years of experience on the since, like in their previous songs. This song like the previous ones, show that experience to the maxim – true skillful death metal power.

The lyrics talk about the dark experience of astral projection and it is so smooth that this band – got to this topic. Astral Projection is an experience that is happening outside of your body – it can appear in deep sleep or in some practices of meditation. Beyond the Astral refers to that moment, where the subconscious of conscious itself goes to the dark side of human brain. We all have the darkness and the light inside of us, but sometimes there is dark side – that is wicked, twisted and filled of pilled up secrets of inner and dark desires or experiences. The band in their own unique style adapted the lyrics to the visual like in the video where everything is in black and white format and  also aural form of this song. Creating this special death metal experience – with a perfect topic/story to give life to the song and it’s sinister and wicked influence. The video itself is adapted to the whole song presenting the whole death metal experience on the higher level. They also did fantastic job fusing the elements of story, sounds and the production part to be one death metal roller coaster from another unknown dark world.

Surface into the unknown world beyond astral – with the death metal portal of power.

Fed-up with the entire trend flooding the scene, Nervochaos was born in São Paulo –Brazil in the spring of 1996, with the idea of creating aggressive and chaotic extreme music.

The band gained cult status in the music scene due to their hard work over the past 25 years, offering a sonic extravaganza in their unique way. The group has nine full-length studio albums out and is constantly touring worldwide to support their releases, doing around 100 concerts per year – from clubs to festivals. “All Colors Of Darkness” will be re-released on LP (black and transparent orange vinyl’s, each limited to 300 units), CD and digital formats via Emanzipation Productions on.

Check out the premiere for the new official music video for “Beyond The Astral”, below:

As I May premieres the live performance music video for the “Devil Rides With Me”, ride with the Devil, followed by catchy sounds of melodic metal essence!
Hooded Menace nominated for Emma Gaala (Finnish Grammy)!