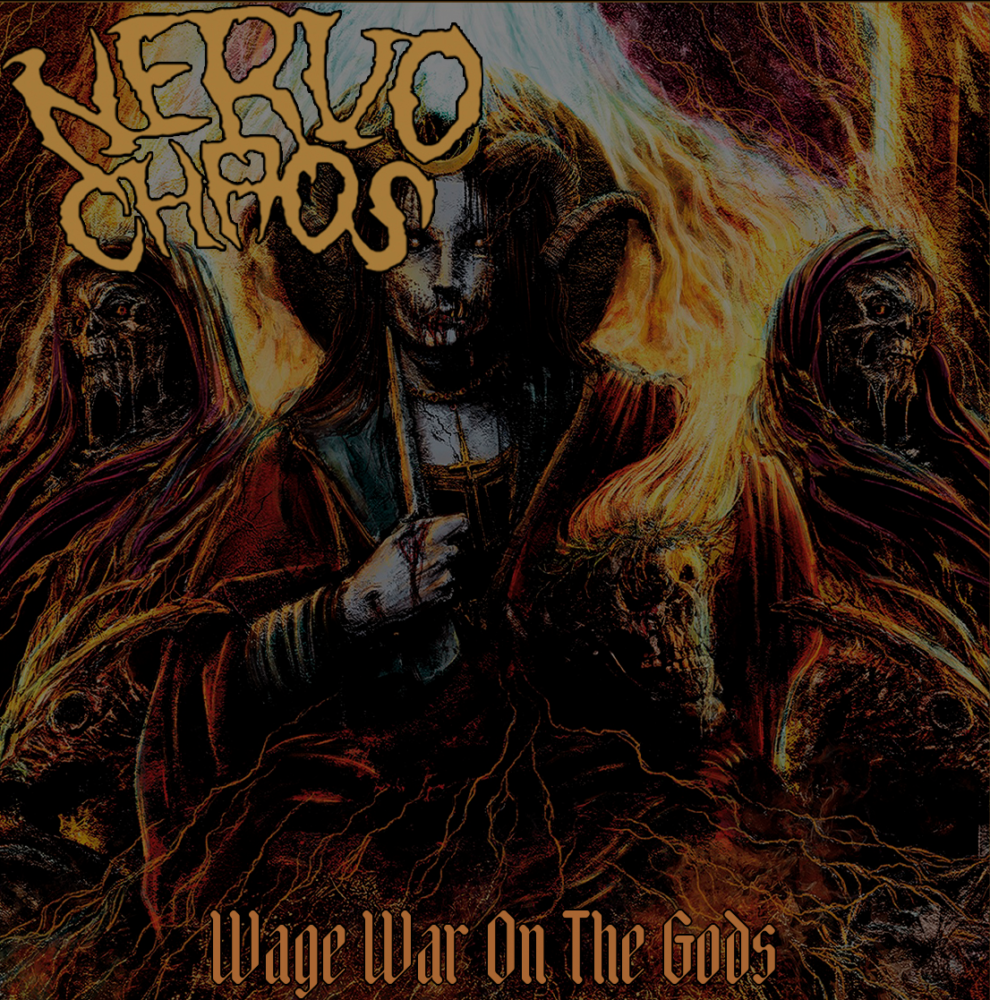 Brazilian death metal veterans and crushers Nervochaos are back after two years since the release of their latest record “Ablaze”, premiering the new official lyric video for the “Wage War On The Gods”, taken from their new official upcoming record “All Colors Of Darkness”, which will be released in the early 2022, via Emanzipation Productions. 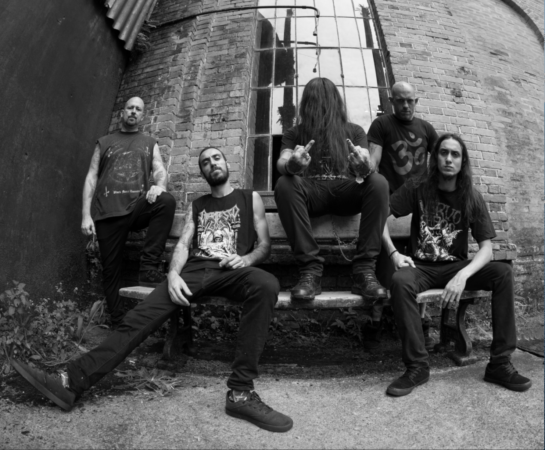 Brazilian masters after a long time delivered a perfect old-school death metal song. The intro for the song is just outstanding, that riff pattern is for sure something catchy, brutal and high quality death metal – that is expected from this guys. Their style remained the same, just kick-ass and bad-ass take it or live it attitude and that brutal death metal approach, that presents the best of death metal ever. This is also coordinated and balanced song – with riffing, insane drum set, great passages and overall the arrangements that are done so preciously good. And this shows the technical flawless and traditional side of death metal – that is surely  not disappointing, it is all that this guys are- brutal death metal machine, that  crushes everything. Vocals by Brian Stone are sinister and raw – with a dose of old school death metal vocal approach, vocals go in awesome way with the death metal crusher.

In the middle of the song guys added that classical death metal riffs and it is refreshing to hear some true classical death riffing this days. This shows what a death metal blaster this one is. And it is truly powerful and awesome comeback by death metal elite. It is also great the coordination between the insane blasting drums and riffs, it is just a brutality on a higher level – not stopping only blasting through out the entire song – followed by intense atmosphere and crushing sounds, one more proof that this is true and orthodox death metal crusher and demolisher.

”Wage War On The Gods” lyrically it is a typical death metal song. Ultimate occult darkness – followed by brutality from hell and most vile nightmares. It talks about war against religion, any religion and taking back our freedom and free choice. The guys perfectly combined the lyrics – with the furious and crushing atmosphere – once again proving that they are high quality musicians. And this is a comeback, that the death metal world need, fans of the band will consume ever second of it – other fans of the genre will like it for sure. Death metal brutality – wrapped in the most darkest and liberating essence – powered by death metal fury , that is hear to shake the sky and earth together.

Embrace chaos and brutality of death metal domination and destruction.

A lot of time has passed since Nervochaos released their last album “Ablaze”, a lot has happened to the world. The Brazilian death metal mammoths, however, stood their ground, taking the rare time off the road to write and record a new album – the tenth in their career. And to say “All Colors Of Darkness” is their most cohesive and strong effort to this date would sound weary and commonplace, so here’s proof: the first digital single “Wage War On The Gods”. Since the first second of music, the new Nervochaos song oozes brutality, wrapped in a tight blanket of technical prowess, with influences from the old death metal legends and their own pitch-black, occultist approach.

Fed-up with the entire trend flooding the scene, Nervochaos was formed in São Paulo – Brazil in the spring of 1996, with the idea of creating aggressive and chaotic extreme music.

The band gained cult status in the music scene due to their hard work over the past 25 years, offering a sonic extravaganza in their unique way. The group has nine full-length studio albums out and is constantly touring worldwide to support their releases, doing around 100 concerts per year – from clubs to festivals.

Check out the premiere for the new official lyric video for the ”Wage War On The Gods”, below: