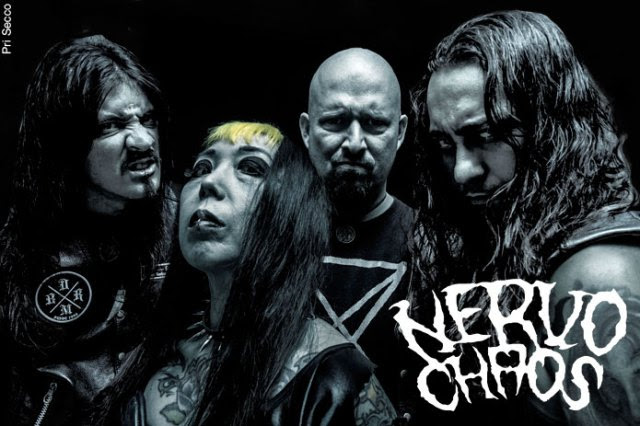 Recently Nervochaos announced their European/UK tour with Belphegor, Destroyer 666 and Enthroned And Nordjevel, kicking off on September 28th in Denmark. The tour is presented by The Flaming Arts. Find below the complete tour trek, the venue details on the flyer. 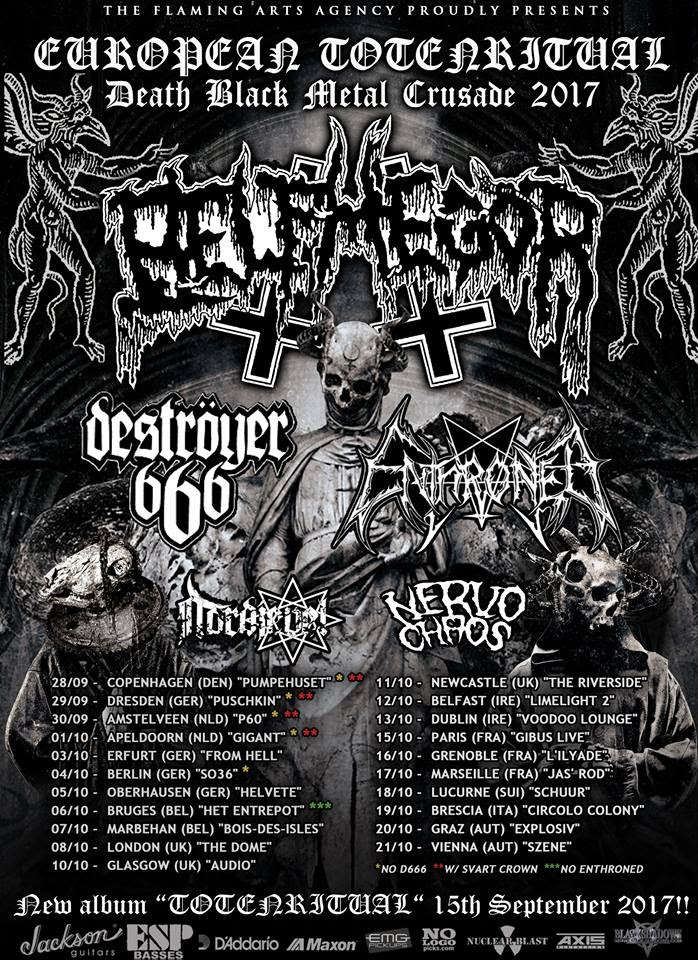 Nervochaos  latest album ”Nyctophilia” was released in Brazil by Cogumelo Records/Voice Music and in North America and Europe by Greyhaze Records. The art of both the cover and the booklet was created the talented Brazilian artist Alcides Burn (Blood Red Throne, Acheron, Iconoclasm, Malefactor, Queiron, Headhunter DC, etc). ”Nyctophilia” was recorded in Italy at Alpha Omega Studio, along with producer Alex Azzali, who is also responsible for mixing and mastering the work. The album can already be bought in the main specialized stores in the market, or directly with the band, by email, Facebook or in the official store via the link https://goo.gl/aF7Xkx.

Check out the outstanding 360° live studio video for the song ”Total Satan” here, enjoy it:

Check out the music video for ”Ritualistic” here, enjoy it:

Check out the music video for the  ”Ad Maiorem Satanae Gloriam” here, enjoy it:

Check out the lyric video for the song ”Moloch Rise” here, enjoy it:

Now the band has released the video recap for the first leg of tour, with Justabeli, here it is, enjoy it: