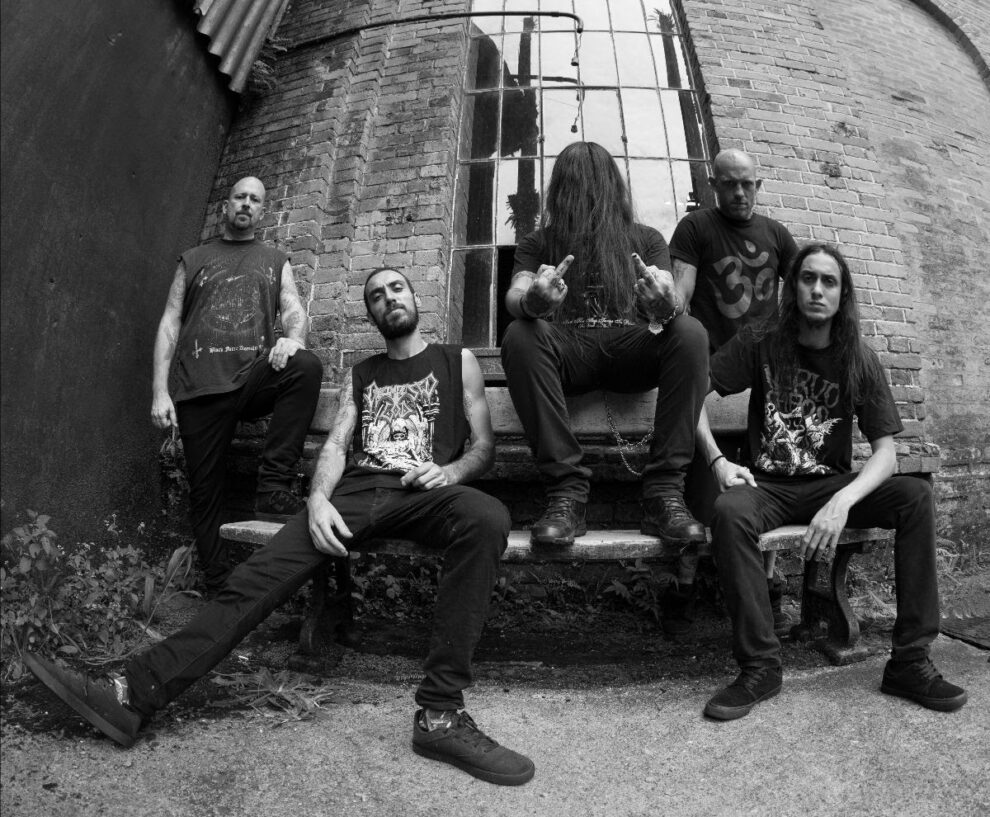 Outside countries tend to look at South-American countries as “exotic”. But we can assure you there’s nothing exotic about having 95% of the population struggling for basic needs, high crime rates and government after government doing nothing to make change the situation – in fact, following their own agenda to keep the ball rolling.

This is why bands such as Brazil’s Nervochaos have such a vibe of real brutality and authenticity. They’re not doing “South-American death metal”. They simply took their tough reality, got the influence of early death metal bands such as Morbid Angel, Vader and Sinister, and spit it forth as aggressively as they can. Of course, Nervochaos, being 25 years old and part of the oldest generation of the Brazilian extreme scene – together with Sepultura, Krisiun, Rebaelliun or Abhorrence, just to name a few – have the experience, the pedigree and the technical know-how to do it in spades.

This is exactly what “All Colors Of Darkness”, the tenth  studio record of the São Paulo five-piece  and it is pitch- black death metal, done as abrasively as a band possibly can do it – with the brutal atmosphere we come to expect from Brazilian extreme metal bands. With lyrical themes revolving around the darkest realms of Satanism and dark magick, Nervochaos summons the metal ov death as only a few bands can do nowadays – with a brutal approach, a technical backbone and a effective depth in themes. Because you could see the urubus flying and the occasional giant iguana just outside of their rehearsal room, but inside it’s all death metal and darkness. All colors of darkness.

“All Colors Of Darkness” will be released on LP (black and transparent orange vinyls, each limited to 300 units), CD and digital formats via Emanzipation Productions on February 11th, 2022. Pre-order available here. 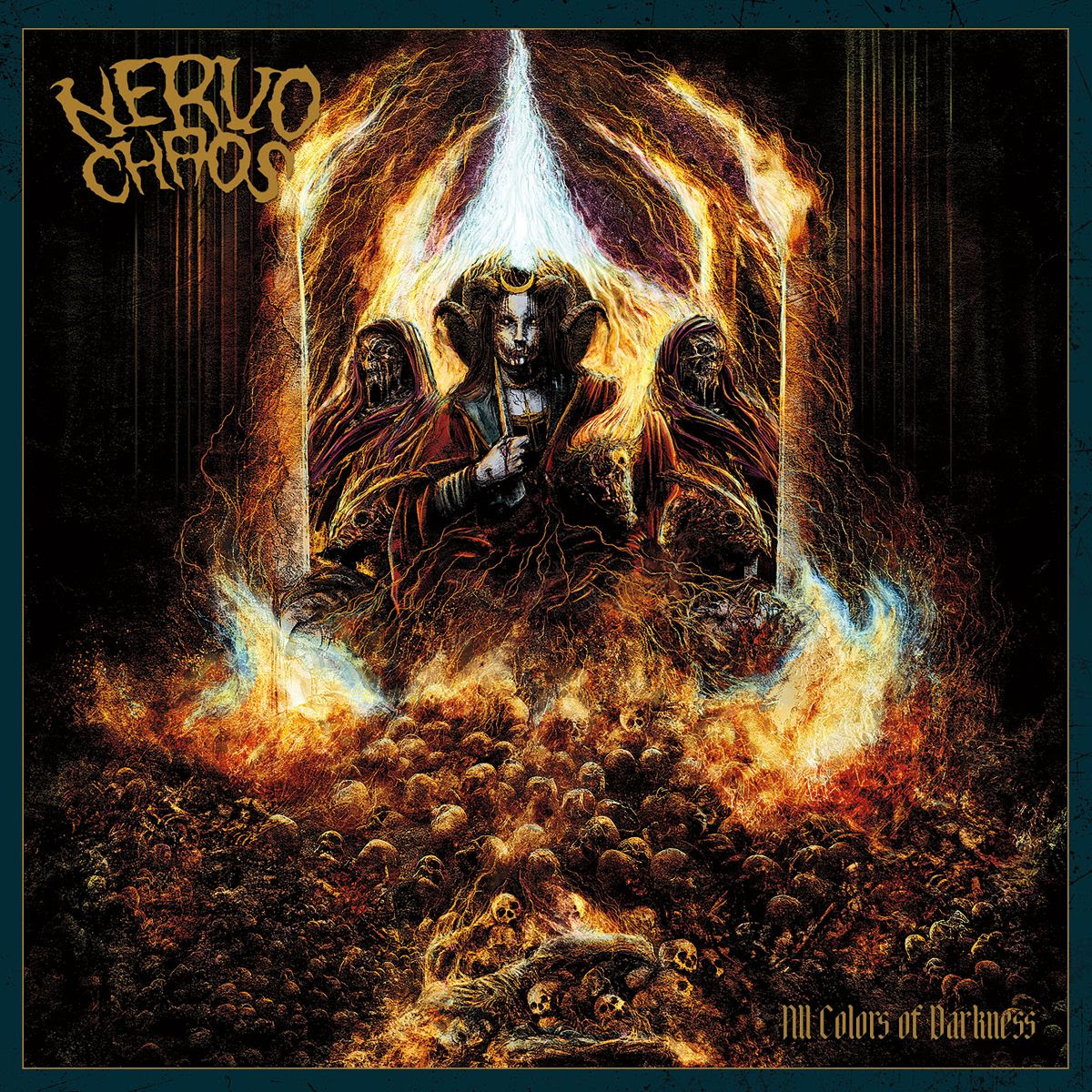 1. Wage War On The Gods
2. Golden Goblet Of Fornication
3. Dragged To Hell
4. Beyond The Astral
5. All Colors Of Darkness
6. Gate Of Zax
7. Umbrae Mortis
8. Suffer In Seclusion
9. Camazotz
10. Demonomania
11. Three Shades Of Black 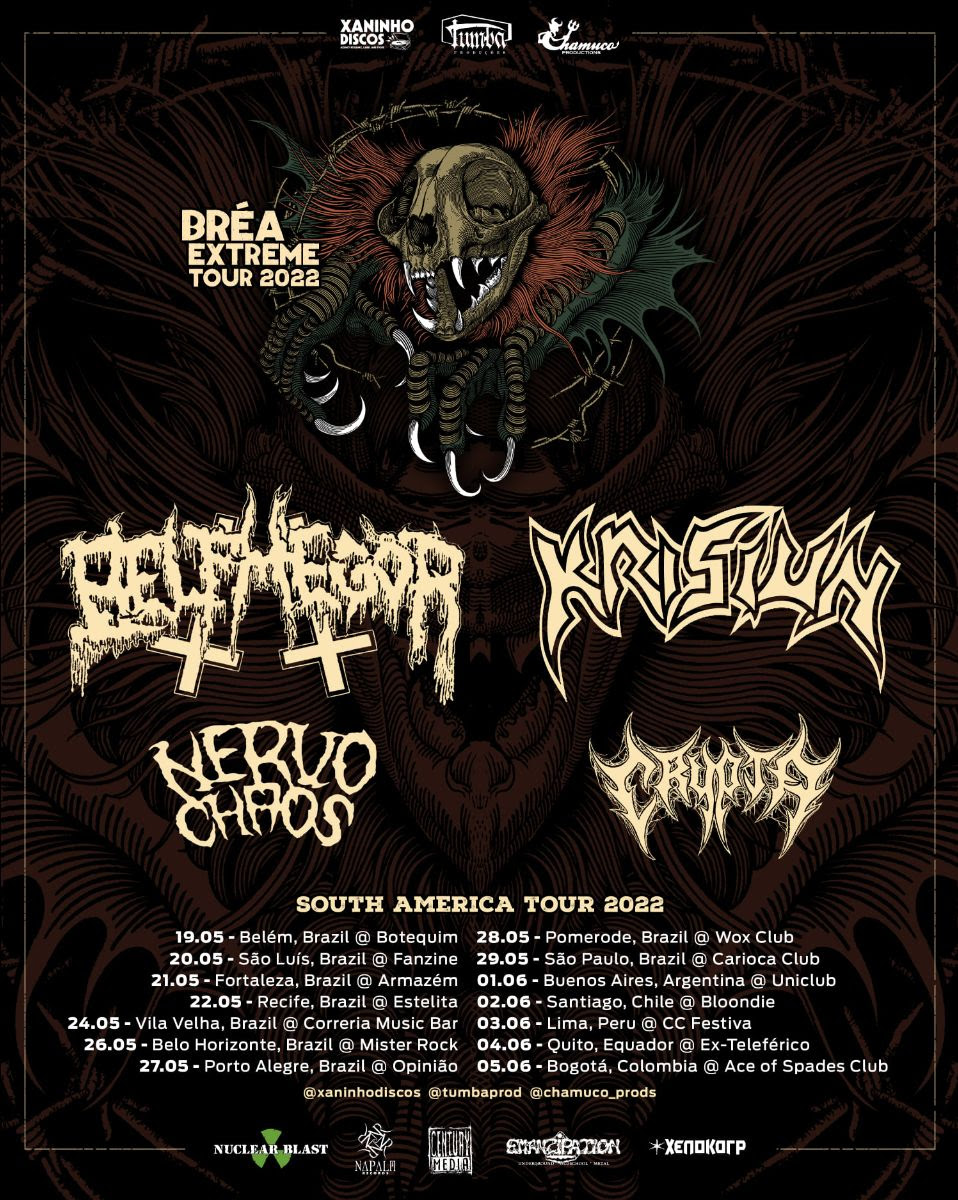 In May and June next year, Nervochaos will be on a South-American tour with Belphegor and Krisiun.

Fed-up with the entire trend flooding the scene, Nervochaos was born in São Paulo – Brazil in the spring of 1996, with the idea of creating aggressive and chaotic extreme music. The  band gained cult status in the music scene due to their hard work over the past 25 years, offering a sonic extravaganza in their unique way. The group has nine full-length studio albums out and is constantly touring worldwide to support their releases, doing around 100 concerts per year – from clubs to festivals.