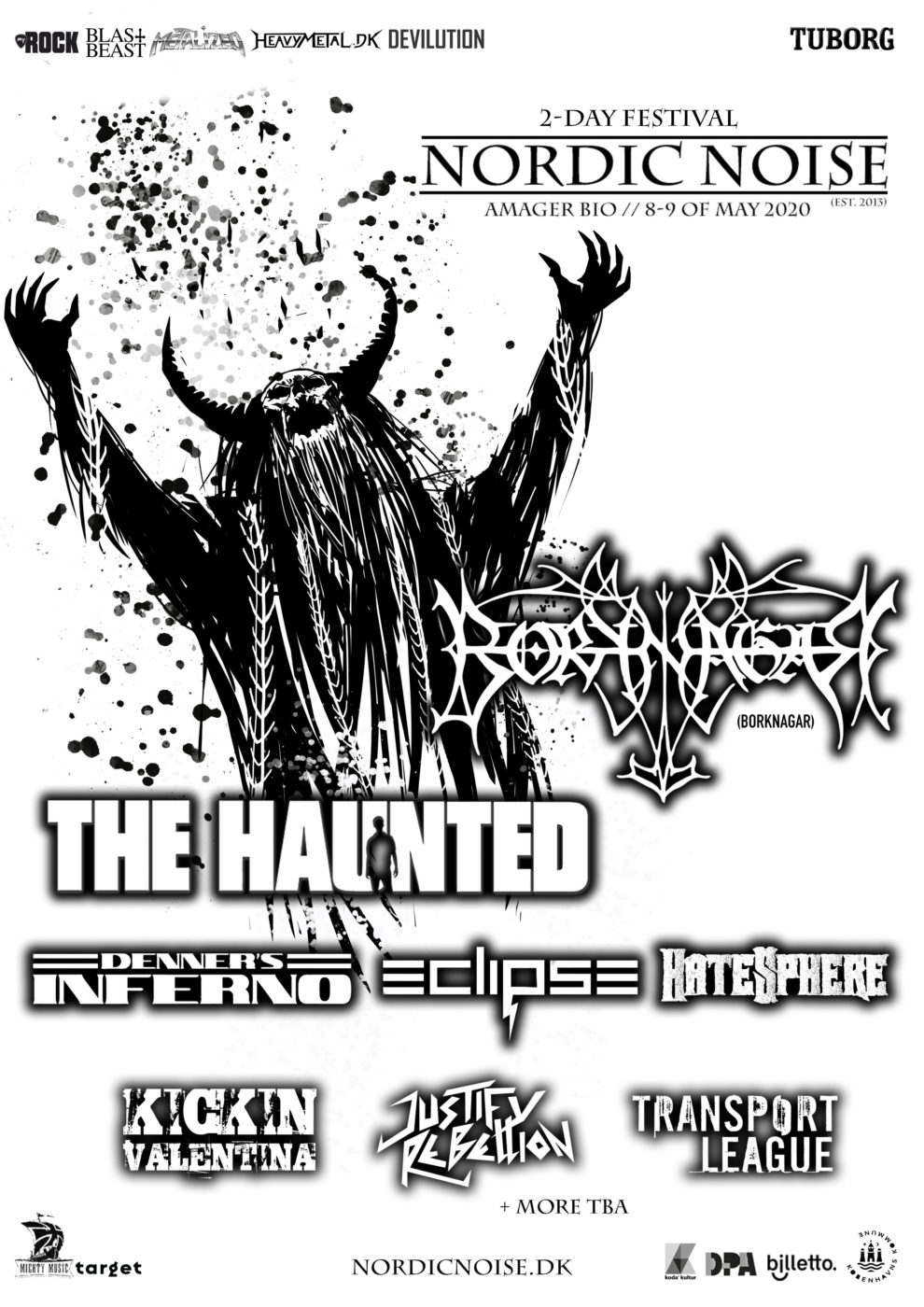 A few weeks back Nordic Noise went out with the news of the world premiere concert of Michael Denner (Mercyful Fate / King Diamond) and his new band  Denner’s Inferno as the first live-name on Nordic Noise 2020.

This fact has created a big buzz about the 2020 edition of Nordic Noise and today a big part of the remaining program is announced.

Nordic Noise 2020 will show a new side of the festival with special treats for the audience. The Haunted has not played Copenhagen in a decade and it’s a scoop to have one of Sweden’s best and most innovative thrash bands visit their neighbor country and Nordic Noise.

Norwegian Borkagnar has not visited Copenhagen since 2001 and is also an exceptional booking for Nordic Noise. The band recently released their best album in years “Up North”, which no doubt will be a part of “best of 2019” albums on many playlists.

Øystein G. Brun, Guitarst/Composer  of Borkagnar states this about their upcoming show:

“We can barely remember last time we where roving the Danish shores. Some birds say it’s closer to two decades ago- then one… Nevertheless. That’s an awful long time, and seriously, it’s time to get back to visit our brothers and sisters in Denmark.  Therefore we’re honored and thrilled to be able to headline the Nordic Noise Festival in Copenhagen, May the 8th. Let’s make some party- only the northlings can! Skål! ”

The booking of Borkagnar and The Haunted also shows a new side of Nordic Noise.

Michael H. Andersen states this about the Nordic Noise festival:

“It’s been important for us to continue the development we started last year with Candlemass headlining. In 2020 we will take a further step with intense thrash and blackened Norwegian metal sharing the stage with melodic AOR and sleaze rock. It is essential for Nordic Noise to show a variety of music styles within the rock genre. Just like Hellfest from France, Wacken Open Air from Germany and our own Copenhell, where stadium-rock is playing side by side with extreme death metal”.

On Friday, Borkagnar will be sharing the stage with Michael Denner (Mercyful Fate/King Diamond)’s new band Denner’s Ineferno, who are playing their first show ever. Also joining is Swedish melodic hard rock heroes Eclipse, who has a special Danish angle as front-man Erik Martensson, is doing Nordic Union with Ronnie Atkins (get well!) from Pretty Maids. American sleaze rockers Kickin Valentina, who are soon to release a new EP entitled  “Chaos In Copenhagen” is also added to the line-up.

More live-names, talks and sessions will be announced.

Check out the official music video by Borknagar for the “Up North”, here:

Check out the music video of The Haunted for the “Spark”, here: