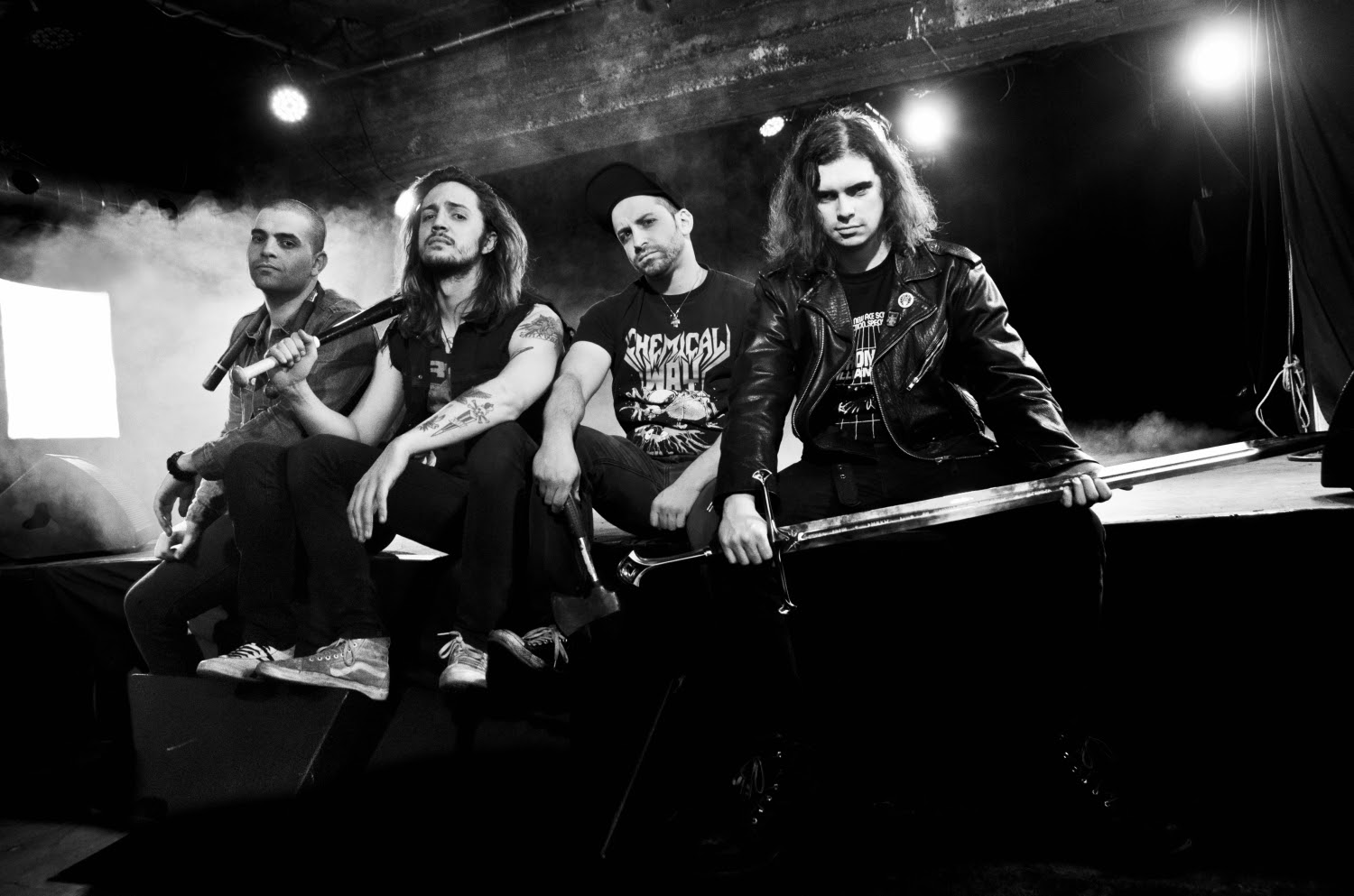 Currently on tour across Canada with metal legends Annihilator (dates listed below), Montreal thrash champions Mutank unleash their new EP “W.H.A.T.S.T.H.A.T.” via Boonsdale Records, which is now available as of June 16th. The new EP from the 2014 Wacken Metal Battle Canada winners is short, but sweet to follow their debut cassette EP “M.E.C.H. Metal” and is a taste of what’s to come from the band’s full length planned to be unleashed later this year.
The five track demolisher “W.H.A.T.S.T.H.A.T.“ was produced with Topon Das (Fuck The Facts) and is a step up from what people have heard from MUTANK thus far. The title of the EP “W.H.A.T.S.T.H.A.T.” stands for “We Have Alottta Thrash Songs That Have Abbreviated Titles” and came to be first as joke for the band.

“It is with sinister pride we begin the next stage of “MU WORLD ORDER” with the release of our new EP W.H.A.T.S.T.H.AT. The human language is not equip to describe what will come next but one thing is certain: it’s time to mosh!”

“I just thought it would be funny to force an acronym for ‘what’s that?’ and I came up with ‘We Have Alottta Thrash Songs That Have Abbreviated Titles’. From there we came up with the concept of an EP with a bunch of forced acronym titles. The EP itself was written somewhat conceptually with the individual songs being very short thrash songs that come together to make one longer progressive thrash track, which harkens back to the title since we don’t even know what it is!”

For More Info:
Facebook:http://www.facebook.com/bonebrainsnotdemolishers
Twitter:https://twitter.com/MUTANK
EPK – http://wp.me/pciNW-9F1
“W.H.A.T.S.T.H.A.T.” is now available for CD order and digital download at the following link: https://mutankthrash.bandcamp.com/album/w-h-a-t-s-t-h-a-t ,plus all major online retailers such as iTunes, Amazon, Spotify, etc.
EP Promo Video can be checked, here:https://www.youtube.com/watch?v=yTDEKMOUf9o

Live video Mutank at Wacken 2014, can be checked here: https://www.youtube.com/watch?v=yQrLaG8BPL4

Ignea will be releasing a live video for ”Alexandria”, from a new album ”The Sign of Faith”!
Survive Kicking Off Headlining Tour ,issues a message for Thrash Metal Fans in Baltia, Ukraine and Russia!