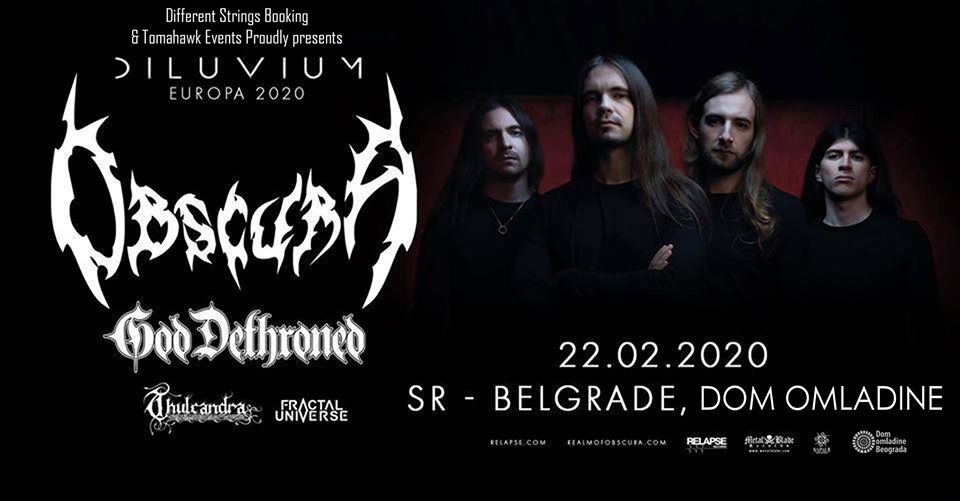 Obscura and God Dethroned with the support acts Thulcandra and Fractal Universe show has been moved to another location and it’s Dom Omladine instead of Bozidarac in Belgrade/Serbia on February 22th.

The first time that the Obscura  had their performance with Death DTA was in 2016 at Dom Omladine. Once again they will perform at the same location and deliver a fantastic show like they did it the first time and the reactions of the Serbia fans were very positive.

This show will be a part of  the Obscura ”Diluvium”  upcoming tour with the following bands, and to promote their latest new release  ”Diluvim”, on the tour – and at the show, as well!

Check out the music video for the “Emergent Evolution”, here:

Check out the music video for the God Dethroned’s ” Spirit of Beelzebub”, here:

Check out the music video for the Fractal Universe’s  “Oneiric Realisations”, here: