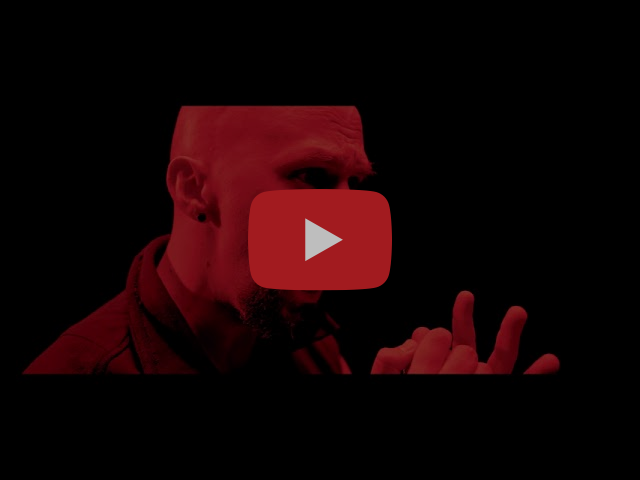 Modern technical metal band Obsidious  released the making-of video for their latest music video ”Iconic”. The song is taken from the band’s upcoming debut album, which will be released via Season Of Mist Records in early 2022.

Bassist Linus Klausenitzer states this about the making of process for the video:

“The Iconic music video reflects the different musical aspects and the intensity of the song perfectly. It was quite a challenge to shoot it with a singer that we still haven’t met because of corona restrictions. But in the end we were able to create a concept without making any unsatisfying compromises.”

In April 2020 Guitarist Rafael Trujillo, Bassist Linus Klausenitzer and Drummer Sebastian Lanser decided to move on from their former band Obscura to continue their musical path with the completely new band Obsidious. Free from former boundaries, Obsidious merge extreme metal with other genres of music into a unique style that people will somehow find familiar, but haven‘t heard yet. Together with their Singer Javi Perera they set out to create a musical evolution: With a fresh name, reaching for new fan groups utilizing modern marketing ideas. Obsidious’ band members have many facets and influences to build upon, using virtuosity & technique to write great songs.

Rafael Trujillo, Linus Klausenitzer and Sebastian Lanser built a strong bond after years of worldwide touring and recording together with Obscura. With their last record “Diluvium”, that was primarily composed by the trio, the band celebrated their biggest success to date. Formerly unseen chart positions alongside massive praise by prominent media outlets & magazines document the success of this team. Obsidious aims to expand the existing fan base that they’ve gained: All (ex-)formations of the Obsidious members were defined through their musical characters.

The four band members that are based in Europe are known for their high musicianship and virtuosity. Their advanced technical level is an essential and unique part of their compositions. Guitarist Rafael Trujillo has a multicultural background and studied music in different countries all around the globe. Linus Klausenitzer is one of the busiest session bassists in the scene and renowned for his 7-string fretless bass sound. Strong drum independence skills and stylistic diversity make Sebastian Lanser one of the most influential drummers of the new generation. The web community shares the Ex-Obscura members’ excitement about singer Javi Perera being celebrated for his diverse and charismatic vocal skills.

Check out the making of the official music video for the “Iconic”, below: