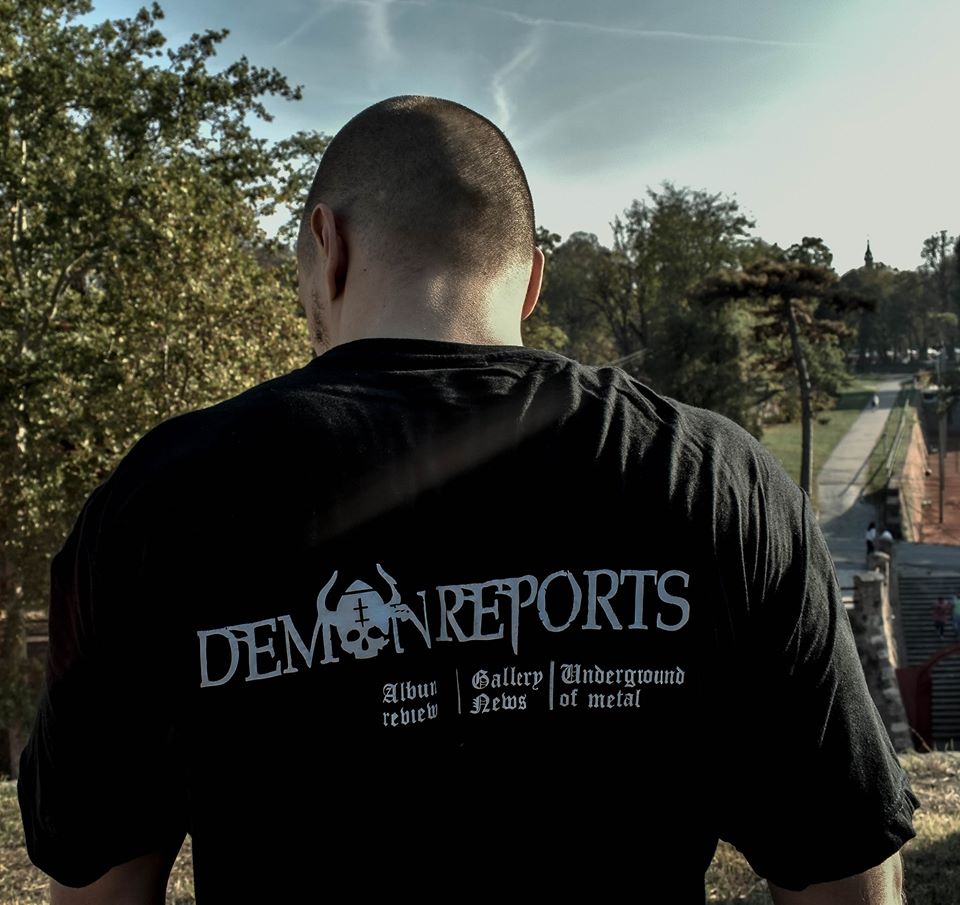 Here is my personal message as the Owner and Editor, Journalist Vladimir Cincovic of this magazine to you all about the whole the stolen idea accusation:

”First of all  former Journalist’s of Demon Reports magazine Bonger Ivona and Tomislav Kuternik  with Strahinja Rupnjak (not a part of magazine) but helping Ivona steal, all of them were stealing ideas from me, Ivona and Tomislav were working together  to steal ideas from Demon Reports, as well. The real idea came from Demon Reports in the interview with Vader in March, there is evidence on website as well and they did it in May, where Tomislav asked Peter about  the Corona Virus situation, it is not a corona virus special series, but it is the information that was first put on Demon Reports, used and stolen for the interview series- with Tomislav who provided this information to her and it was accepted and approved by the CEO of Metal Jacket Magazine Vjeran Birimisa to steal someone else idea to create something that is not publish by them first – as well Tomislav and I talked about it that question and how to create this question about Corona – he had steal it and gave to the other people to use it and create the series that I wanted to do and mention that I will do it, since they worked for it, that is normal I guess – they used it, of course, he also did stole two bands that I gave him to work the interview with for the Corona special interview series and gave those names to them, so that they can use it – this also shows that they are liars and thieves.  They even had a gut to create the article about it that I stole something from them and accuse me of doing so.  Ivona Bogner blocked me so that no one can know what she did at Demon Reports and how she steal ideas from this magazine. I didn’t block anyone as they accuse me of, they did it – all of them, so that the truth can’t be heard.

Ivona did steal before with Strahinja who isn’t even a part of this magazine, about the Top 10/20 concerts of 2019 column, and they publish it in their group as their own idea, but of course knowing  that she will get caught – they didn’t . She even stole the idea for the t-shirt with my logo on it, and the Metal Jacket Magazine quickly presented theirs, many other stuff she also stole as well, like contacts and emails from my magazine and used them for the Metal Jacket magazine.

I never imagine that someone who worked for this magazine is working behind my back stealing everything from me, in this job, it’s just stupid, we need to be as one, all of us, not like this people, who steal  ideas.

I am not here for money, I am here for the love of this music and to point out the best in it. They say I betrayed them. Long time ago, they have been stealing my own ideas from me for mounts. Since they entered the magazine to stole ideas from it. I have over 100 interview requests as well, but I don’t need to point it out. I am proud to be there for the fans and community anytime besides my jobs that I have in my real life.

The page that is stealing information’s from other magazines and then accusing them for is Metal Jacket Magazine.

I will not legally fight them for stealing  my ideas from before, I do this for the love of this music. They even STOLE this phrase OUT OF LOVE FOR METAL, even now from me in the accusing/lying article.

I am a Journalist who does my job creatively and does not tolerate injustice. To all of the labels, web-zines, fans and promoters, organizers, venues out there this must concern you, it may happen to any of you, to steal your information and they used that as their own.

WE METAL-HEADS, PUNKERS , ROCKERS MOST BOYCOTT THE INJUSTICE AND METAL JACKET MAGAZINE!

Demon Reports has always been there for you all and support you while looking for the support, so do the right thing and boycott them as soon as possible. We don’t need thieves in our community, we must stay strong against them!

Now Demon Reports needs your support to end the injustice stealing of other ideas!

Stay safe and true. Boycott once again the lies, support the truth!