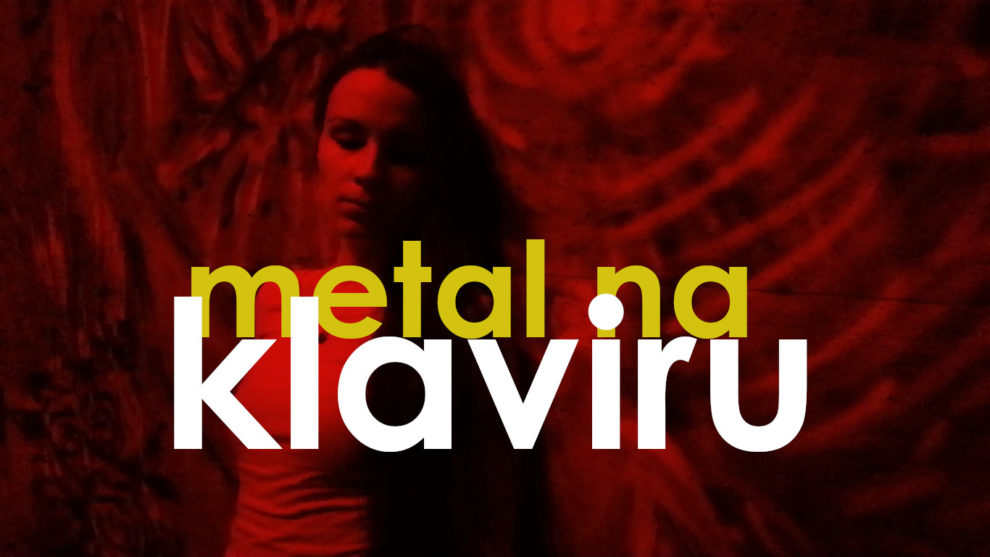 Never heard metal on piano? Now it’s the time do so! On the day of the concert Zorana will present the audience her vision of metal songs on piano, don’t miss it, she will play many songs of the most famous metal bands, be there and witness the true expression of art, through the divine sounds of piano.

The concert will begin at 20pm, and be ready for Zorana’s virtuous skills.

Zorana will play the songs on piano from Metallica, Opeth, Tool.  She will perform the original compositions created as part of the band ”A Difficult One”, which she co-founded with her sister Valentina Vladisavljević.

Zorana finished the master studies at the Academy of Arts in Novi Sad, on the piano section.

After completing his master studies, she is more active in performing other music genres like rock and metal. In addition to performing.  Zorana also composes ambient and film music as well, as the metal / rock music in the bands’ ”A Difficult One ”and“ Fiery Mary ”.

Tickets for the concert can be found at the Felix Shop (T.C. Sremska). Ticket are at the pre-sale of 350 dinars, and at the entrance on the day of the concert are 500 dinars.

Check out the Zorana’s version of the Metallica’s song “The Day That Never Comes” until the concert, here: