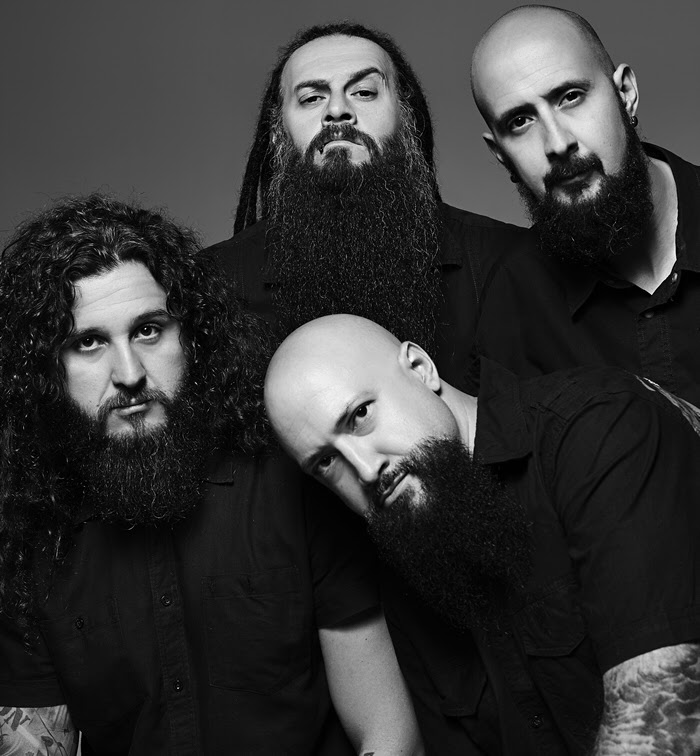 Statement of the band about the recordings and the new EP:

“Think time has come to make an “official” announcement; we are done with the demos and one more time, we will heading to Dugout Studios, Sweden this Tuesday to record a new EP with one of our “fifth members”, Daniel Bergstrand. Stay tuned for more news!” 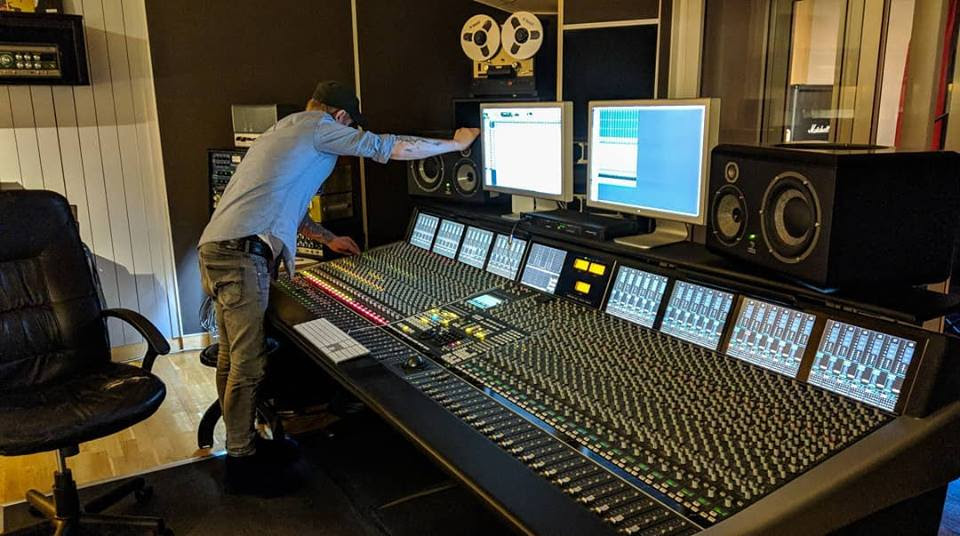 [Studio-pic above: “Magic started to happen; this is how the “Doc” making the sound, not only hearing it but feeling, too.”]

Pitch Black Process  (formerly known as Affliction) was formed in 1999. Their first two albums ”One Reality” (out in May 2003) and “Execution is Necessary” (released in July 2007) got very good response nationwide and also from abroad. In November 2009 they hit the road for their first European tour playing over 20 gigs (beeing the longest tour which any Turkish band had ever made abroad until then), followed up by the 18-shows European tour with Warbringer, in February 2010.

Before the tour with Warbringer, Pitch Black Process signed a sponsorship deal with one of the most well-known guitar companies in the world, PRS, which was another ”debut” for Turkey. None of any Turkish bands had signed a sponsorship agreement with such a big brand in music industry.

The 3rd album ”Hand of God?” was produced by Daniel Bergstrand (In Flames, Meshuggah, Soilwork, etc) at Dugout Studios, came out in June 2013. In September 2013, Pitch Black Process  played on main stage at the 82nd Izmir International Fair, being the first ever metal band to play on the fair’s history. In 2015, Pitch Black Process became part of EVH and Fender. In November 2015 the band returned to Dugout Studios to record their 4th album, ”Derin” which was released in December 2016, in Turkey on Atlantis Yapim/EMP Label Group and on Ellefson Music Productions/SPV in Europe.

On September 1st 2017,  Pitch Black Process performed at kRock Festival in Kherson – Ukraine. The official video footage for ”Toy Soldier / Oyuncak Asker” from their show, check it out here, enjoy it :

Check out the official music  video for the song ”Into the Void / Derinlere”, taken from the album “Derin” here, enjoy it: