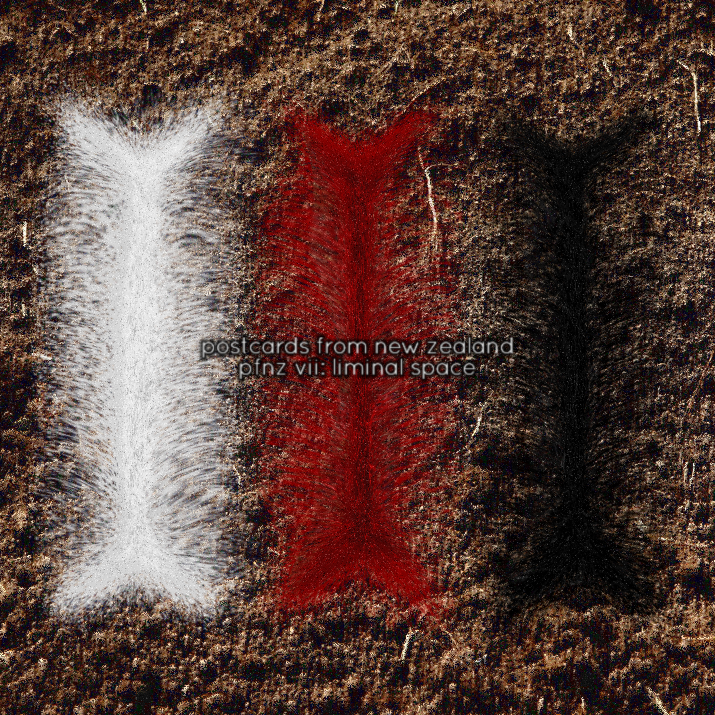 “tiresias” envelopes the senses with progressive and textural soundscapes, and delves into the dark and heavy side of postcards from new zealand. The second song to release ahead of the anonymous outfit’s upcoming record ”liminal space”, “tiresias” brings to light both the demonic extreme, and ethereal serene.

The band states this about new song:

“”tiresias” is a song about worlds colliding, about being two in the body of one. it’s a hybrid of electronica and rock based on a greek rhythm in 9/8, it was one of the first songs we recorded for liminal space and it sets the tone for the whole record.”

Venturing into uncharted realms of genre experimentation, postcards from new zealand’s triology concluding offering, liminal space, brings a dramatic and extreme exploration of music. An augmented use of electronics and extreme metal, amalgamated with progressive composition and vast soundscapes, combines into this epic and unchained album releasing on October 7th.

The band states about upcoming record:

“liminal space is a pretty unique album; that’s not to say it’s good or bad, just that it’s different. the songs are born from rhythms from all around the world, it’s got tons of electronics and synths but also a lot of guitars and metal vocals. it’s weird and we love it for that, it’s something we’ve never done and represents another step forward for our project.“

Beginning with the violent ”burn, witch, burn”, followed by the droning and atmospheric instrumental ”nik-an-ak”, the third instalment delves deeper into the obscure. Opening with “taupō”, a smorgasbord of harsh vocals and heavy guitars is entwined with soaring vocal harmonies and textural electronics. Establishing the intense nature of the album and dynamic interplay of parts, the musical style presented aptly conveys the vast ideas of the places in-between – ”liminal space”. “da’at” is infused with oriental scales, white noise-esque electronics, and driving rhythms. The soaring choir melody further reveals the array of vocal styles included across the tracks. From utterly demonic harsh and vocoder effects to ethereal soaring melodies, and even throat singing featuring in “hiranyakashipu”. Thundering into the extreme, “coshi wa ng’oma” unleashes a metal assault – it’s high intensity for an album penultimate track. A thrilling contrast emerges in the finale “incaba kancofula”. Falling into ethereal realms, a haunting and enthralling composition that is beautifully produced, presents both shades of darkness and light.

postcards from new zealand has showcased an incredible array of music across the ”betwixt and between” collection. Unveiling the eerily dark side of humanity that continues to prevail, the project aptly conveys these fascinating and disturbing elements. liminal space is a deeply compelling collection pushing a multitude of boundaries in different directions. It’s a times chaotic and unhinged, but also enthralling and intriguing. An explosive end to this progressive trilogy.

About the betwixt and between collection:

The title is taken from the 1967 essay by Victor Turner in which he explores the concept of liminality, based on the work of Arnold van Gennep and his 1909 book Rites de Passage. The idea was to create three albums that would express our deep contempt towards patriarchy and sexual discrimination in three different ways – not to place blame and increase divisions, but to explore the idea of coming together to support each other.

Check out the visualizer for “tiresias”, below: