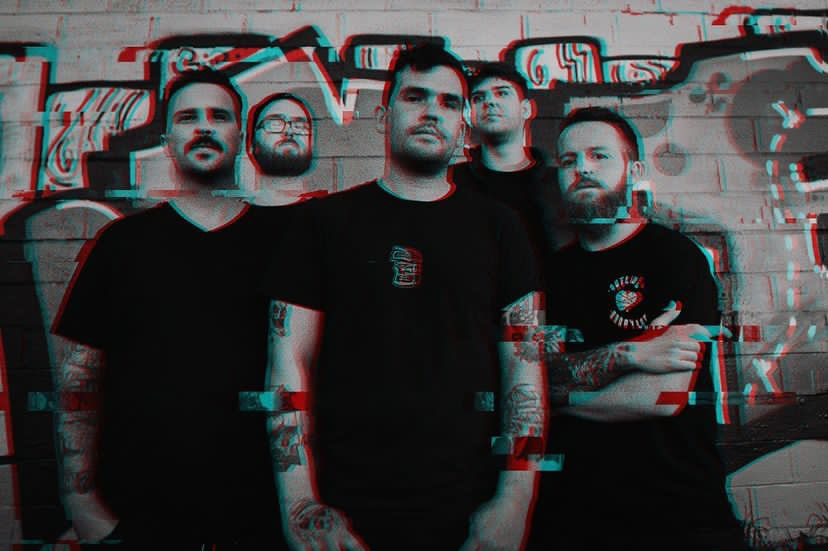 Australian metalcore/hardcore newcomers Priorities premieres visualizer for “No Gods, No Kings”, taken from the upcoming EP – that will be announced tomorrow on September 16th – with full details and info, for it. 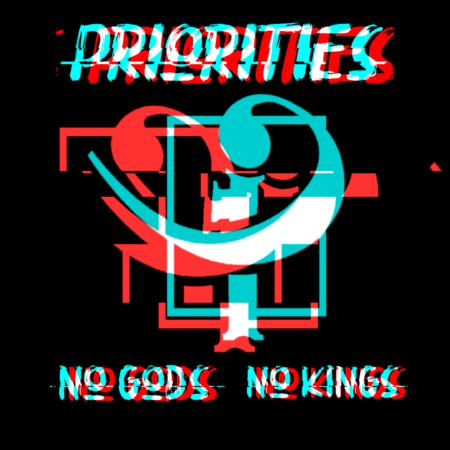 This is one slamming metalcore/hardcore song – with specials melodies, that gives the song this unique atmosphere of power, the slamming parts show the dominating power of metalcore essence  – that will slam the ears of listeners very hard. And it has this powerful, rebellious story that is powerful as this song or even more – than this song. This is also a speeding and furious song – of incredible generic, slamming riffing and breakdowns – that are epic as they can be. And also with energetic and bouncing rhythm section, it delivers this groove, that pounds in ferocious way. Followed by this sliding smoothness, that completely shows the greatness of the songs structure –  pointing out every segment and detail to the core, making it so smooth – with a dose of groove vibe to it. Bringing the best of every part in the song. It is amusing how this enthusiastic and melodic guitar shredding lifts the spirit – right from the start at the beginning of it. It is a greatly arranged hook for the listeners to grab their attention, so that they can be surprise by the rest of this great song. And of course the melodies are arranged perfectly – to sound so refreshing and skillful, to draw attention in specific way – to awake euphoria, it is done in a good way by this guys.

Everything in this song is incredible coordinated and balanced in this total chaos and destruction – that this song present. It is a coordinated and synchronized chaos, that goes in right directing – control in such masterful way, for the needs of the song. Every part in technical terms is a different explosion of sound and melody – with a dose of raging emotions, that adds more quality to the songs sound. Production and arrangements are essential part of the song. They show this dominating slamming riffing – that is followed by other crushing, generic riff patterns and clean ones too. And of course the passages are done in this sliding effect way – with this tension to it and unstoppable vortex of crushing sounds and shifts. And slow melodic passages are adapted and arranged in genies way – with crushing parts showing more balance in this song, also more quality in approach towards the song.

Production and arrangement of parts helped in pointing out this balance, also the passages are arranged in such skillful way – with such organization to maintain all of the blasting and explosion of sounds, to sound so balanced – not unbalanced. It took a lot of effort to it, but that is not the most import thing. The most important one is to know you technical and musical vision, to achieve it – especially with high energetic songs. This guys show some pretty cool approach to all of the chaos and devotion for it can be heard, also. They nailed it so much – to be such a excellent crusher of colorful blasting pallet, mix of enchanting melodies and powerful sounds.

Vocals and growls of Mitch Sigge are astonishing. He is skillful growler – with a precise approach to his growls. He shows absolute domination and control of his vocals.  Even with high screamo vocals. His vocals are adapted to the whole song in some insane synchronizing way. He blended in perfectly – with the whole song. Which is quite rare to follow this insane and fast tempo of the song, but he did it and he added more this energetic, explosive vibe to it. Not only that Mitch handled the shift from high screaming parts, shouting parts to growling so well, he added this hard kicking and right in your face effect to it all. And that is surprising how he has this great and trained vocal cords, that are not only skillful – but with some attitude to it. And it can be heard the dedication and hard work – that he put in getting to that level to have this insanely great growls, but to create specific mark and authenticity to it. He also presented his vocal mastery – with the shouting shifts to growls, that needs a lot of practice and skill – that this guy has.

The story of the song is a rebellious and apocalyptic story. This story was inspired mostly by recent events, where we have a ultra mind control of fear, ignorance and hate upon us. And it is also about man’s free will, that we all have. That we all not need to be push into some other paths and directions, that are not ours – while being manipulated to be our own. No gods or masters/kings are truly masters of human soul and mind, it is herself/himself. We are all free beings – with our own freedom, that we got from birth. And no one can be a master of our soul and mind.

Are you a slave or human being with your own freedom and control over your actions and life?

This is a question that the guys from the band asked, stray in  your face and ears. The songs also lyrically mentions how we need to embrace chaos, that is upon us and fight back or die. Better to die as a free man, rather that slave – bound in chains from head to toe. As the song say, I won’t sink in – we won’t with corrupted and sick system. Even if the price is death, since the price of freedom is higher – it is better to die, not being a slave and a living corpse to the system – that takes humanity, freedom and everything good about being human, from us. Metaphorically, a part of the song that says: “You think it’s killing me I hope it’s killing you”. It is basically verbally slap to a face from this band, for those that believe in propaganda and tell you that you are bad, also telling you – that you will die in the process for having your own freedom and mind. No one can force anyone to do something they don’t want. At the end, we are all the same beneath this blue sky and we don’t take our power and money to the grave, we are all equal. And we need to stay together, living this life – best as we can. Embracing the end, as a natural thing. Nothing living in fear, ignorance, hate and anger. Just be who we want to be, embracing only good things from our humanity. That is the main point of the song, even if the apocalypse is near my happiness and freedom are my rights, that was giving to me since birth. All of the stories elements, are fused with unbelievably good technical mastery – creating this powerful and mesmerizing effect, that makes this song perfect – with right ingredients for every song to sound incredible. And that is the story and cleverly adapted synchronization of the song.

This song is a blasting slammer of true rebellion and awakening. It has this special aural structure, one of the kind story. It slams hard by sound and intellectually, that leaves an empty space to think about and to embrace metalcore power fully. It is a fast ride through freedom and classical domination of metalcore.  That is great to hear, feel and slam around – while you mind awakes to the brutality and divine melody of metalcore destruction and power.

Embrace freedom and rebellion, through the mighty sounds of metalcore.

Priorities are a five-piece metalcore/post-hardcore band from the south-eastern suburbs of Melbourne. With a range of influences, Priorities are bringing the flavors of mid-late 2000’s metalcore and hardcore to the modern day with their own flare. Between the fast-paced punk influenced drive of “Medusa”, the slow somber intro in “If I Believed” all the while keeping a very melodic feel, and always guaranteeing a heavy breakdown in the mix. Priorities show how dynamic they can be, while also keeping high energy from start to finish. In the short time that Priorities have been together, they have had the pleasure of sharing the stage with some amazing up-and-coming bands such as Sedative, Catalyst, Emecia, NTH RD, Druid and Harroway. Even getting down with some bands that have been around for a fair few years like Furious George, Suspyria and Caution:Thieves The EP “Human After All” is about dealing with depression, anxiety and all around mental health. Whether you’re going through it or in the recovery stages. And with songs like ”Medusa” that deal with feeling like the world is out to get you and “Reflections” – that talks about surviving through trauma.

Vocalist Mitch Sigge states this about new song and visualizer:

“No Gods, No Kings” would have to be my favorite song on the EP. It’s a bouncy high energy song that always gets everyone in the band revved up. Lyrically the song talks about coming to terms unknowingly being under someone else’s control and trying to find a way to break free from it. It also has a couple of cheeky references to the video game Bioshock sprinkled in there, as that story also deals with (spoilers, but it came out in like 2008 so you’re a bit late to the party if you’re finding this out through me) not knowing your under someone else’s control until you are far to deep.”

Check out the lyric video for ”No Gods, No Kings”, below: