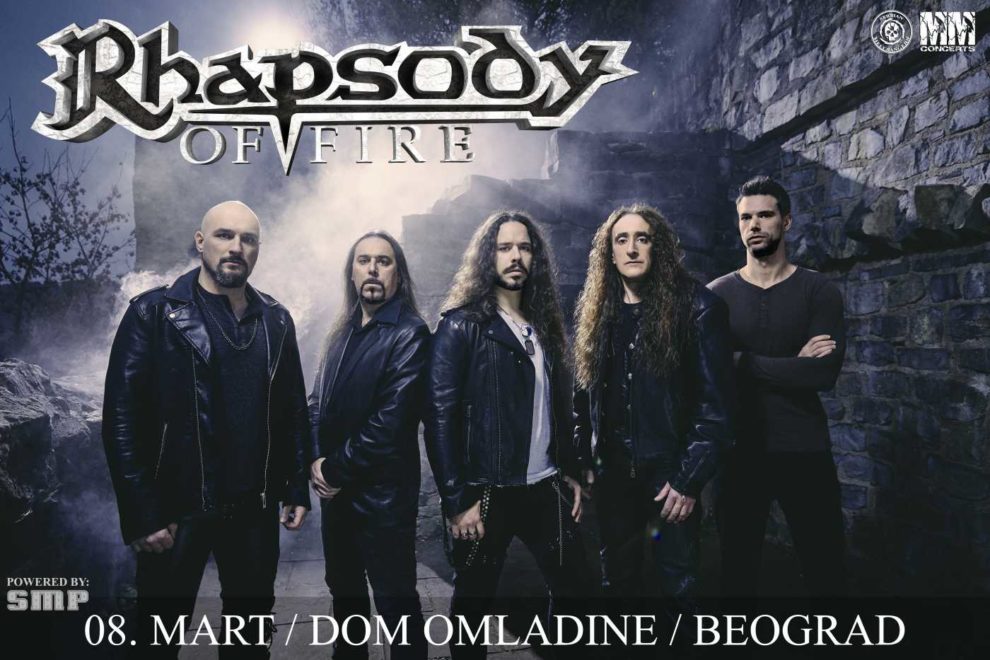 Rhapsody of Fire will perform for the first time on March 8th at Dom Omladine/ Belgrade. The band will perform in Belgrade/Serbia as a part of their European tour. The band will also celebrate  the marks the 20th anniversary next year of the release of their cult album ”Dawn of Victory”.

Rhapsody of Fire was founded in 1993 in Trieste under the name of Thundercross. The name was then changed to Rhapsody, the because of the copyright issues it was change again in 2006. The band has recorded so far twelve albums , the new upcoming album ”The Eight Mountain” will be released via AFM Records.

Tickets for the concert went on sale at December 16th via the Gigstix network, the first price of 1800 dinars, at the pre-sale of the 2200 dinars, and the entrance at the day of the concert it will be 2800 dinars.

Check out the music video for the “Rain of Fury”, here: