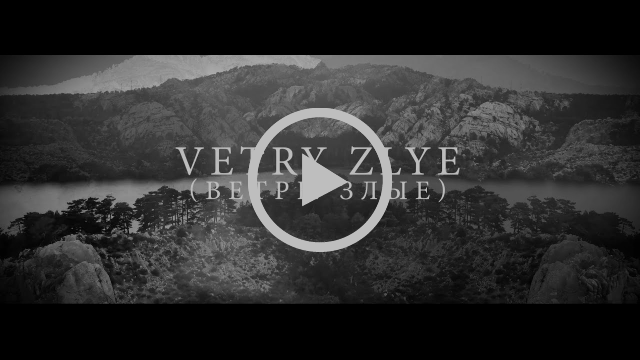 Front man Sakis Tolis states this about the song and they collaboration with Irina:

“Dear fellows, I am in the pleasant position to present to you another new song I wrote for Rotting Christ, ”Ветры злые” (Vetry Zlye). A song that was influenced by paganism and specifically from the Slavic pagan religions through the history of time and exalts the power of mother nature. I Hope you will enjoy the (probably) most melodic song from our upcoming album ”The Heretics”, accompanied by the beautiful voice of Irina Zybina.”

Rotting Christ did it again in their own style. This song has it uniqueness. Powerful riffs and technical perfection of the drums on this song presented this song in it’s full form, powerful, raw and interesting. This song has a great story, and it’s in English and Russian language. Irina with her amazing vocals, presented the song in a such a magical and majestic way, combined with Sakis raw brutal voice, it a alliance of Hellenic and Slavic higher power united together crushing everything around them, with the power of the gods, themselves . This is a true pagan song, and it is spiritual and divine, and with black metal and melodic elements it has that amazing dark vibe. The theme in lyric video presents the song in the right way, they combined the lyric video for the whole story with a theme perfectly. Pagan salvation strikes hard with Rotting Christ and Irina, and it will leave you speechless.

Rotting have previously revealed the album artwork, created by Maximos Manolis, and album details of ”The Heretics”.

”The Heretics” marks another step in the evolution of the Greek masters. Buckle up for a fascinating musical ride through the woes of religious wars, Zoroastrianism and the eternal war between good and evil. Metal at its best!