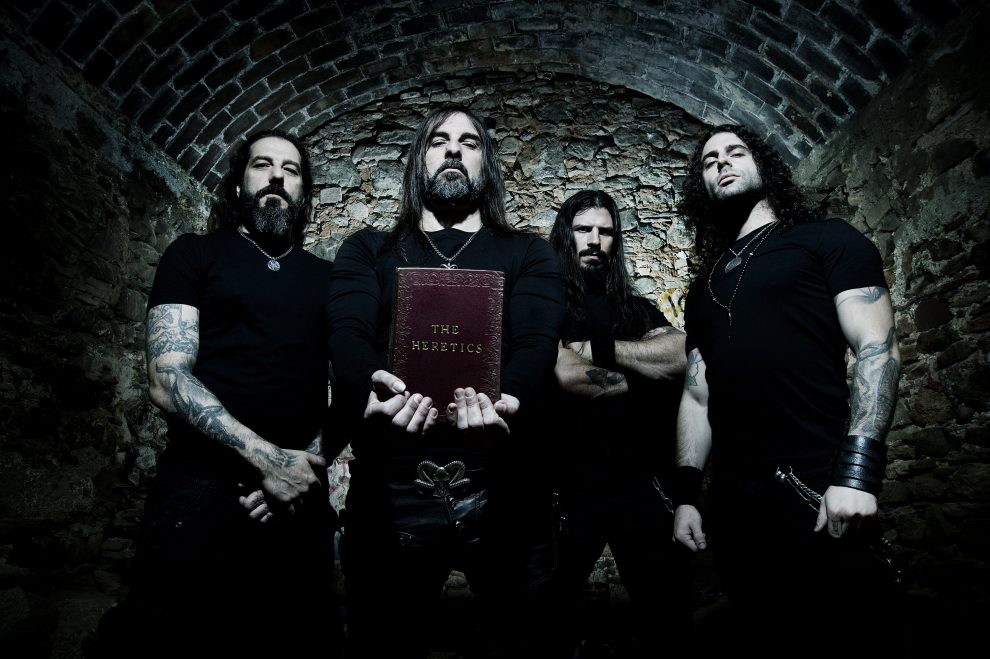 Rotting Christ premieres the official lyric video of the song ” The Raven” (by Edgar Alana Poe), taken from the upcoming new release “Heretics”
on February 15th, 2019 via Season of Mist Records.

Front-man and Vocalist Sakis Tolis states this about the new song:

“I can proudly present to you the third song taken from our upcoming album ‘The Heretics’. ‘The Raven’ represents the epilogue of the album, and as we always used to do, our most atmospheric and melodic creation. A tribute to one of the most literary critic writer in America; Edgar Alan Poe and more specifically to his poem ”The Raven” that, together with all the rest of the big heretics during the history of time, made us create our last opus. Enjoy the majestic trip of ‘The Raven’ and see you soon on our heretical path!’

This song presents Edgar Alan Poe poetry. The band recorded this song in their own style making it dark, with a mystery to it, and this song is suppose to be like that, so they did a great job. But also the great thing about it, is that they combined it perfectly with metal, and their version of this poem, gives a totally new perspective on the song trough metal style, it made it interesting, with the true dark power by the band, and melodic music it made it atmospheric, in that case song has a soul to it. The song itself is a true peace of art, presented by the band itself.

Now ”The Heretics” marks another step in the evolution of the Greek masters. Buckle up for a fascinating musical ride through the woes of religious wars, Zoroastrianism and the eternal war between good and evil. Metal at its best!

4. Hallowed be thy name

8. The Voice of the Universe

Ashmedi  (MELECHESH): Vocals on ‘The Voice of the Universe’

Stratis Steele: Intoning on ”The Raven”

Check out the premiere of the lyric video for the song called “The Raven” (by Edgar Alan Poe) here, enjoy it: