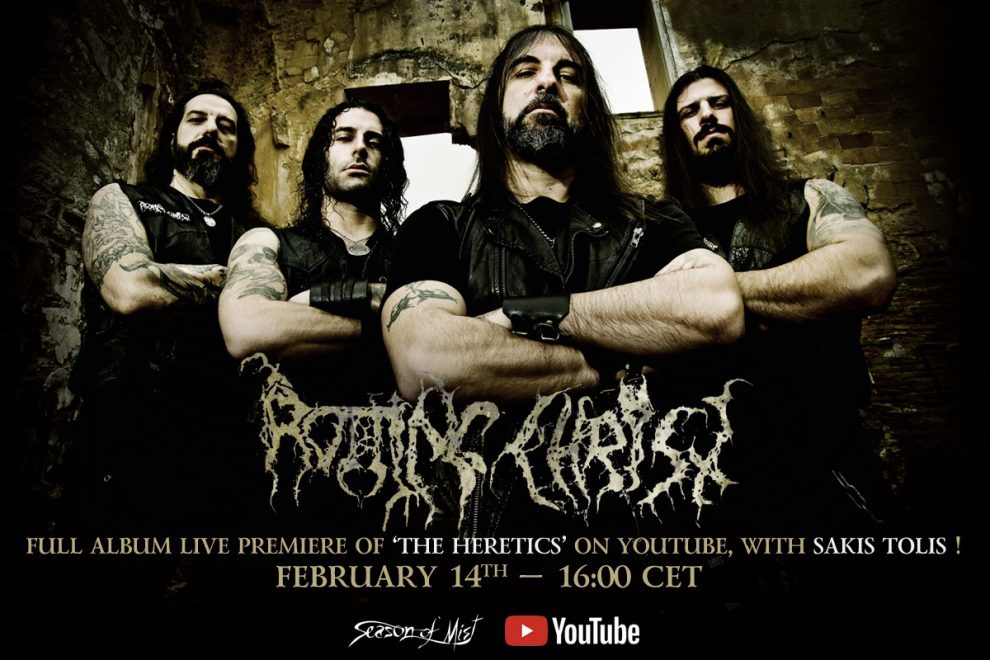 The Greek metal veterans of Rotting Christ are streaming their entire upcoming record ”The Heretics” today via the official Season of Mist YouTube channel. The full album stream will go live on Thursday, Feb 14th at 16:00 CET.

Frontman Sakis Tolis will be available in the live chat to directly answer questions with fans. You can join the stream and chat here: https://youtu.be/qf7JZ2Q7oAo

Rotting Christ have previously revealed the album artwork, created by Maximos Manolis, and album details of ”The Heretics”.

”The Heretics” marks another step in the evolution of the Greek masters. Buckle up for a fascinating musical ride through the woes of religious wars, Zoroastrianism and the eternal war between good and evil. Metal at its best!

Check out the live stream of the full release of the album called “The Heretics” here, enjoy it: