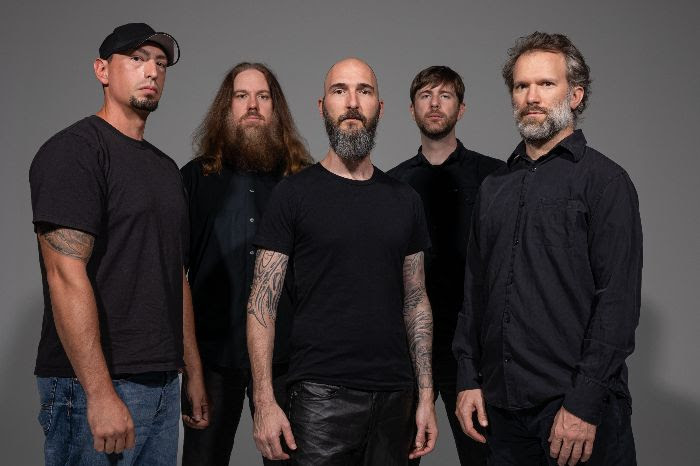 “Swallow Your Tail” is the latest acoustic release from the dynamic metal outfit Runescarred. Taken from their upcoming re-release of their 2020 album ” The Distant Infinite” , which includes a total of six new acoustic songs.

“More poignant now than when I first wrote the lyrics, SYT illustrates humankind’s uncanny willingness to continue down paths of self destruction. Consistent paths of repetition that would make Uroburos itself jealous. ”Swallow Your Tail” is my pessimistic exploration of mankind’s desire to continue the “same ol’, same ol'”.”

Originally forming in 2017, the quintet from Austin Texas have made their mark with their evolving discography including the critically acclaimed 2018 EP ”We Are”, and song “Being God”. The re-release celebrates Runescarred’s epic album featuring some new, dynamic, musical offerings.

Whether delivering a hard-hitting metal track, or delving into a softer acoustic piece, Runescarred pour utter emotion and storytelling into the heart of their sound. There is even an element of theatricality to their sound that elevates the atmosphere. From ludicrously intense shredding and melodic riffs to ethereal acoustic melodies, their music reaches another level.

Check out the new official acoustic song “Swallow Your Tail”, below: