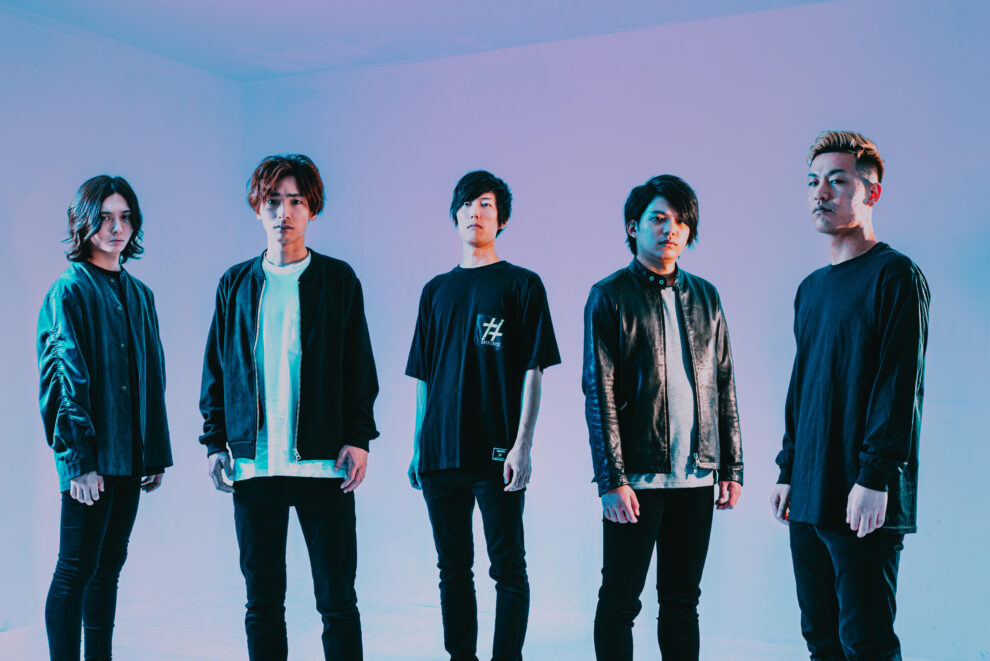 Sailing Before The Wind definitely showed once again  – true metalcore divinity, wrapped in the most powerful and unique melodies, for which they are known for. The song starts with this shouting and intensity – that shows how dynamic and great this song is. Continuing with blasting riffs, perfect arrangements that are adapted to every segment of the song, especially with the passages, which is done in an outstanding way.

Everything is coordinated and balanced to the max, from drum set -to blasting generic riffs, vocals – both growls and clean. That indicates once again that the band- did a great job, implementing the right approach to their music – clean and organized, which leads to creating divine music and impressive melody structure, that can’t be unheard and unnoticed. The best part of the song is this epic solo riffing by their quest Clayton King from So It Begins, which sounds so progressive and technical. And Clayton is definitely a master in some solo guitar craft, that took the solo guitar mastery on a whole new level of it.

This song is just aural perfection, catchy and powerful, as this band successfully presents it and makes it into such divine metalcore blast of true melodic power. And also the atmospheric guitar approach in some parts of the song, adding that specific and divine essence, making it greater – than it already is.

Clean vocals added this awesome melodic effect, that surely spice up the song’s rich melodic structure and achieves this ultimate melodic approach – that is presented perfectly throughout every second of the song.

Like the title of the song says, ”Illuminator” will illuminate the listeners with high-quality melodies, technical perfection and outstanding production that made the song insanely good, also took the whole experience into a whole new level, making it melodic divinity and paradise of illumination melodies and sounds – with the crushing power of the song – that makes it an ultimate and just beyond epic metalcore song – to consume, to experience and to dive into the world of flawless melodies, that are not from this world.

Be illuminated by the divine sounds and melodies of metalcore power.

Fueled by bassist and composer, Bitoku Sakamoto (known as a touring bassist for Crystal Lake), Sailing Before The Wind songs frequently feature highly melodic twin guitar leads, metal riffs, and breakdowns, with a variety of influences including Parkway Drive, August Burns Red, and In Flames. Sailing Before The Wind is also recognized for their aggressive live performance and synchronized stage presence.

Bitoku states this about the new song:

“The new single is for all the people who’re struggling in believing in themselves. When life seems tough, illuminate the way yourself.”

“Illuminator” is now available on Spotify, Apple Music and most other online streaming platforms.

The Tokyo-based metalcore band Sailing Before The Wind was formed in 2011. The band had numerous line-up changes over the years. Currently, the band consists of five members, bassist Bitoku with four recruited members.

Sailing Before The Wind made their presence known continuously, releasing their first EP “Judgement” (2012), and following up with their second EP “Sanctuary” (2016). Their EP “Revised Standards” (2019) features guest appearances from A Scent Like Wolves and Sienna Skies.

Sailing Before The Wind songs frequently feature highly melodic twin guitar leads, metal riffs, and breakdowns, with a variety of influences including As I Lay Dying, Parkway Drive, August Burns Red and In Flames. Sailing Before The Wind is also noted for its aggressive live performance and synchronized stage presence.

Check out the premiere for the new song and visualizer for “Illuminator”, below: