Without any doubt, only one duo is able to evoke sinister settings like the world of bleak woods lurking behind Norwegian wafts of mist. And that duo is Satyricon. Formed in Oslo in 1991, the legendary Satyricon made an immediate and enduring impact when they emerged from the flourishing Norwegian black metal scene. With their latest opus, ”Deep calleth upon Deep” released in September 2017 on Napalm Records, the masters Satyr and Frost properly dispense the darkest art of metal: The resulting album is erratic and destructive, in addition to being raw and pure. It plows. It’s progressive. It mounts an unapologetic sonic attack filled with black metal anthems.
”Deep calleth upon Deep” is a profound statement about the essence of Satyricon‘s music and the eternal value of art itself. Well-deserved, the band has now for the third time been nominated in the Metal category of the Norwegian Grammys, the Spellmann! Taking place on February 25th, 2018 in Oslo and to be aired by NRK1, you will find more info on Satyricon’s Grammy nomination on www.spellemann.no.
Statement of the mastermind Satyr about the nomination:
“We are humbled by the massive international reception of Deep calleth upon Deep, and this nomination is definitely for the fans. They have earned it through showing such dedication to the songs on this record!”
In support of  ”Deep calleth upon Deep”, Satyricon has just recently announced to return to the US shores for the final time this Spring, with two stops in Canada. While also appearing live in Europe early this year and to continue where the band left off in 2017, Satyricon has just added many more live dates to their ”Deep calleth upon Deep” world tour with an extensive tour schedule in Australia and Japan!

Satyr stated this about the tours in Australia and Japan:

“Back in the day, Australia was one of the first countries where people were showing a great deal of interest in what we were doing on the other side of the earth, in Norway. With “Now, Diabolical” we finally got to experience Australia ourselves, and ever since it has been of our favorite places to come visit. Our fans there get what we do and they usually show up in great numbers. As for Japan, even now, the crowd in Tokyo and their warrior-like approach to watching us play, is something we use as a reference internally. Tokyo is one of the greatest places on earth for Satyricon to play while Osaka has been getting better and better every time. Going to Australia and Japan is bound to be some of the best stops on the World Tour.”

Dive into the dark world of the one & only black metal legend and catch Satyricon live on stage at the following dates: 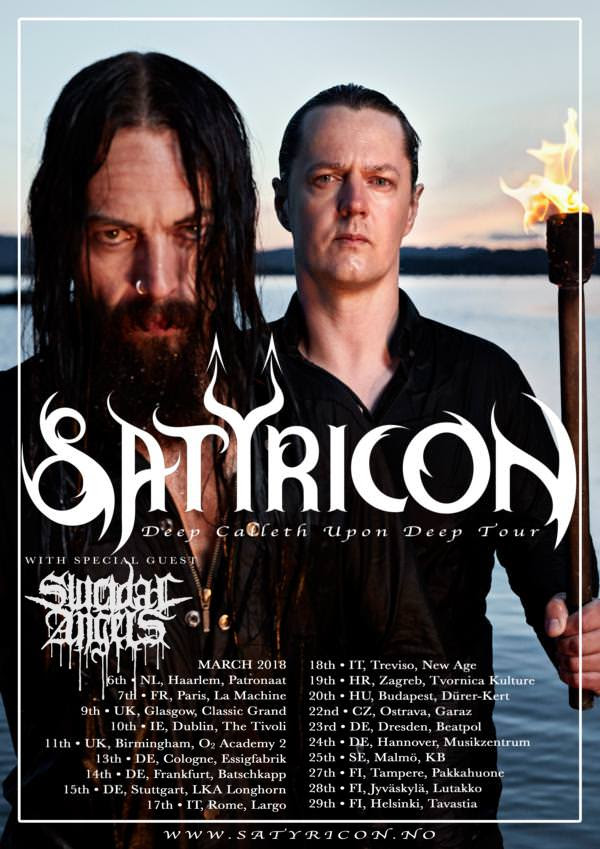 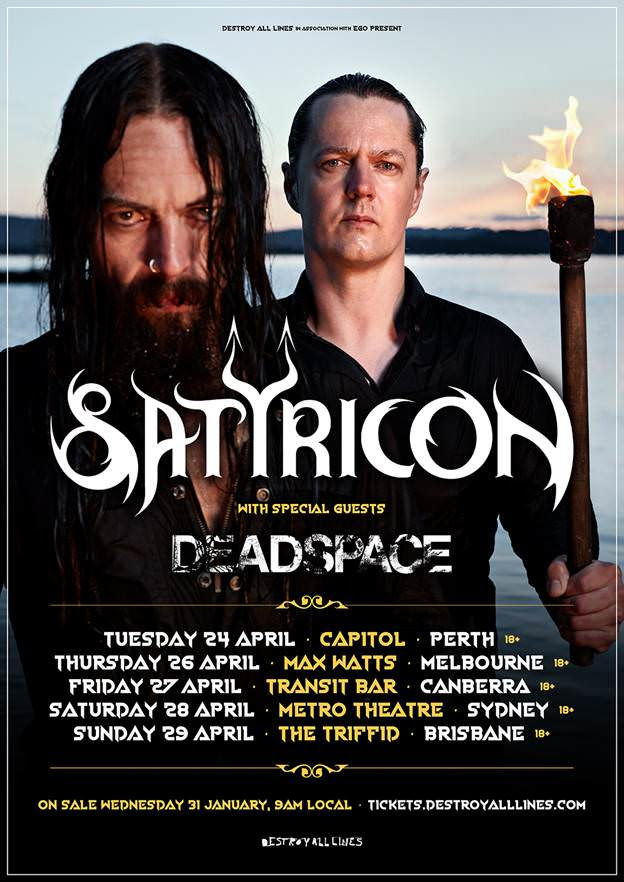 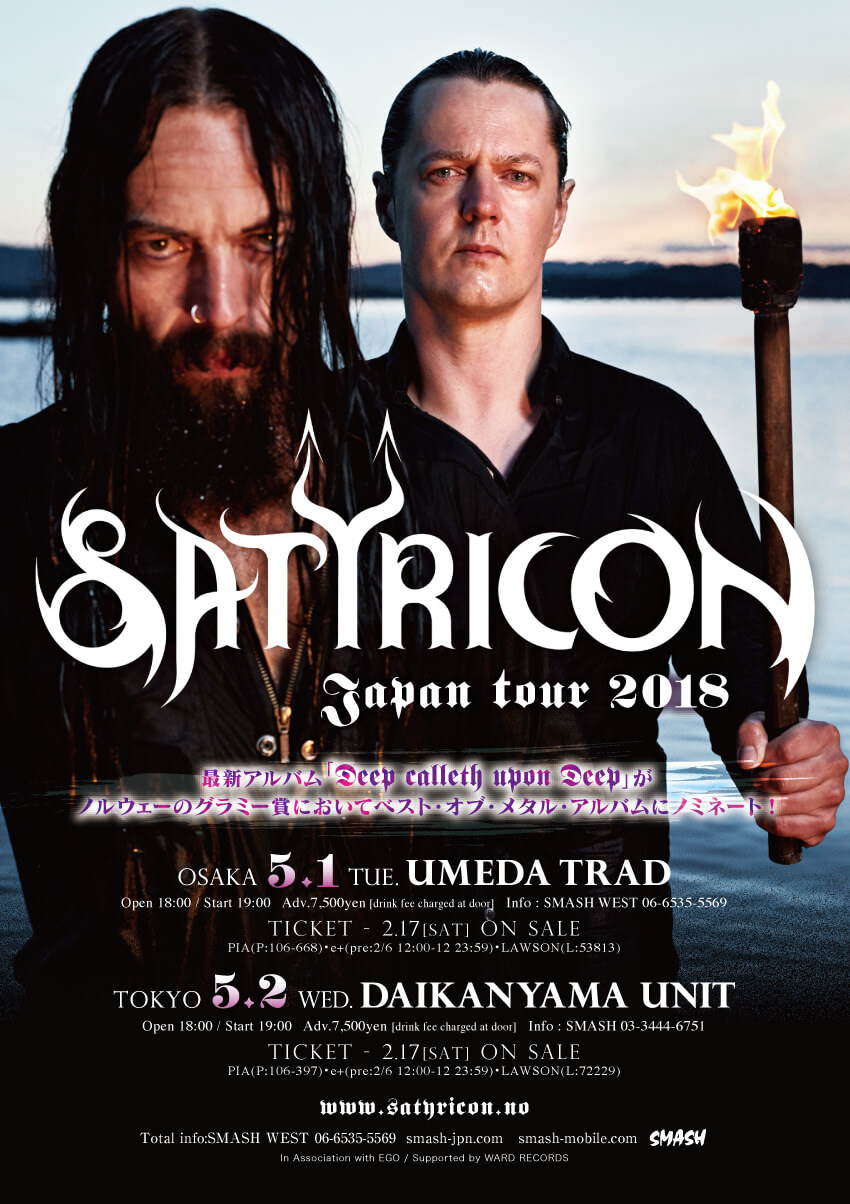 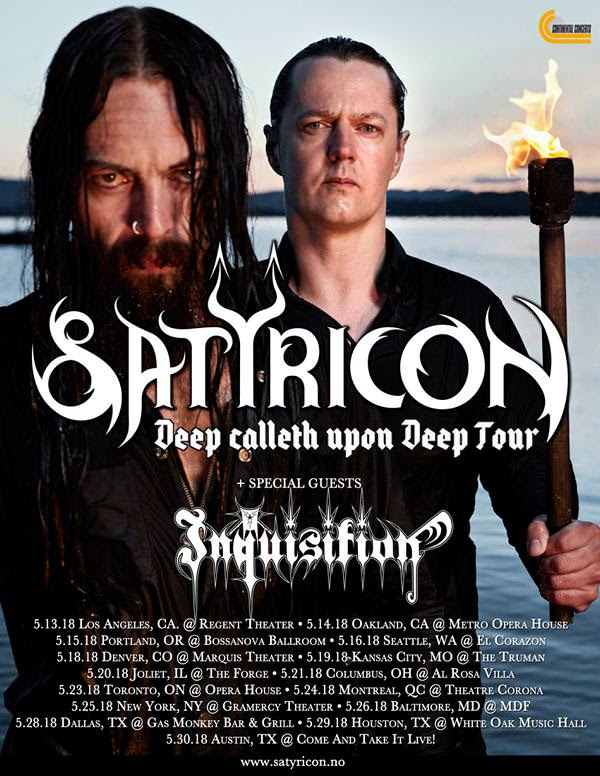 Kobra And The Lotus Unveil Album Details for ”Prevail II”, on north american tour with the Texas Hippie Coalition this April!
Rotting Christ release new song ”I Will Not Serve”!