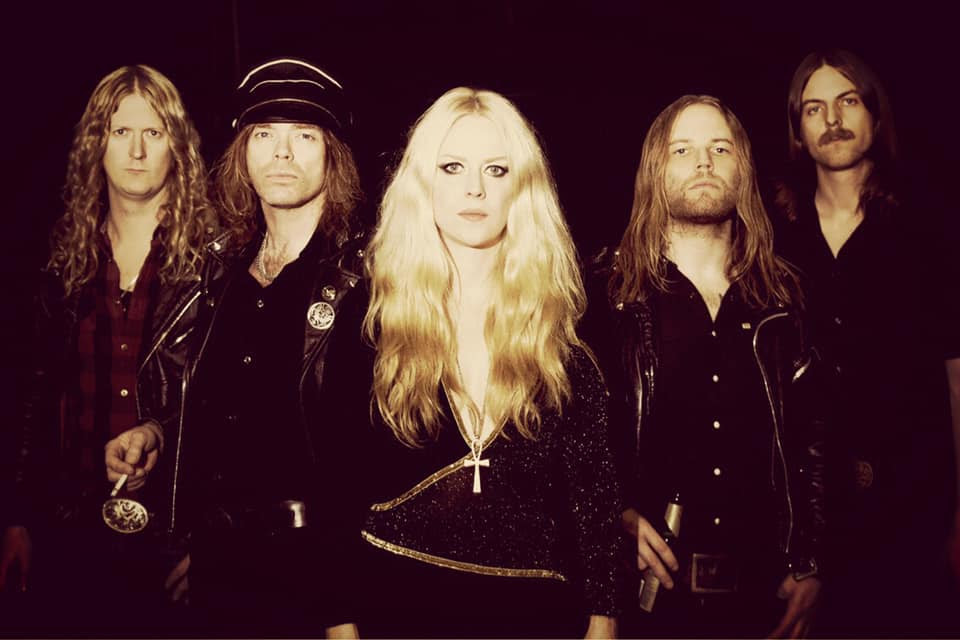 Is it it all going to hell now for Seaside Touring? Actually, it is the complete opposite as Seaside Touring are proud to announce the signing of German-Swedish heavy rock monsters Lucifer to their artist roster. Currently, Lucifer are preparing the release of the third full-length “Lucifer III”, which will be released via Century Media Records on the March 20th in 2020. Following the album release, the band will be touring across Europe. A list of all upcoming shows in Spring 2020 will be release in due time.

Vocalist Johanna Sadonis states this about the sing-up:

“We are thrilled to team up with Seaside Touring and are looking forward to this new relationship to further the live beast that is Lucifer”.We can hardly wait to explore more of the stages of the world and to bring our rock ‘n’ roll to the crowds. See you on the road!”

Seaside Touring are not just a booking agency that is operating worldwide for national and international artists, but the company is also a part of the ICS Network and therefore the central booking contact for such events as the Wacken Open Air, Wacken Winter Nights, Full Metal Cruise and Full Metal Holiday as well as the Hamburg Metal Dayz among many others. Seaside Touring also provide services as a German tour operator in the field of artist support for festivals and events. It’s experienced team, the company covers all important aspects that a band on tour requires from routing development to the final accounting and from the booking of venues to the creation of tour books.

The current incarnation of Lucifer evolved out of band-founder and vocalist Johanna Sadonis relocating from Berlin to Stockholm. In Nicke Andersson, notable for his participation in The Hellacopters, Entombed, Imperial State Electric, and Death Breath among others, Sadonis found a new creative partner. Together they wrote Lucifer’s second album “Lucifer II”, which was produced ia Nicke’s studio The Honk Palace in Stockholm in the summer of 2017.

Lucifer were first founded by The Oath front-woman Johanna Sadonis in Berlin in 2014. At first, the group consisted of members recruited from Cathedral, Angel Witch, and Ladytron. Their debut album “Lucifer I”, penned by Sadonis and Cathedral’s Garry Jennings immediately created a global buzz among friends of heavy rock.

With over 150 shows under their belt, Lucifer have toured Europe, the US and Canada as well as Japan and Europe multiple times. The band was also invited to perform at renowned festivals suih as The Kiss Kruise, Psycho Las Vegas, Hellfest, MetalDays, Sweden Rock, and Desertfest. Lucifer also appeared twice at long standing German cult TV programme Rockapalast.

Lucer are currently preparing the release of their third full-length “Lucifer III”, which will be released via Century Media Records on March 20th in 2020.