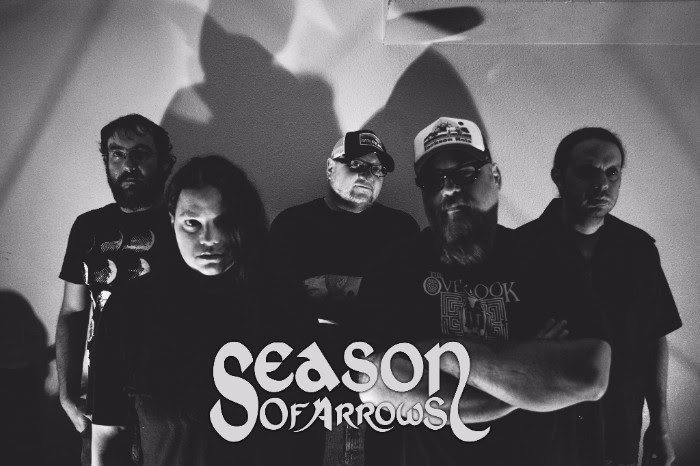 Nashville’s SEASON OF ARROWS have teamed up with Metal Injection to stream their forthcoming new album ”Give It To The Mountain”, which will be available on March 24th via Argonauta Records.

The band stated this:  “We are very excited to announce we’re releasing this album with Argonauta Records (Genova, Italy). They are true pioneers in working with awesome underground Heavy Doom/Sludge Metal bands. Our blood, sweat and tears went into writing and recording this record, and it’s always great to see when the effort is rewarded. Turn it up loud, turn off the lights and enjoy!”

About Season of Arrows:

Season of Arrows are a heavy doom/stoner band from Nashville Tennessee that was formed in January 2014. The band aims to take the sounds of heavy music and blend it with elements about the darker sides of life, almost like a cross between Jefferson Airplane and Black Sabbath.

The band’s self-titled debut album was universally hailed by critics with praise from places such as Metal Forces, Doomed and Stoned and The Sludgelord.