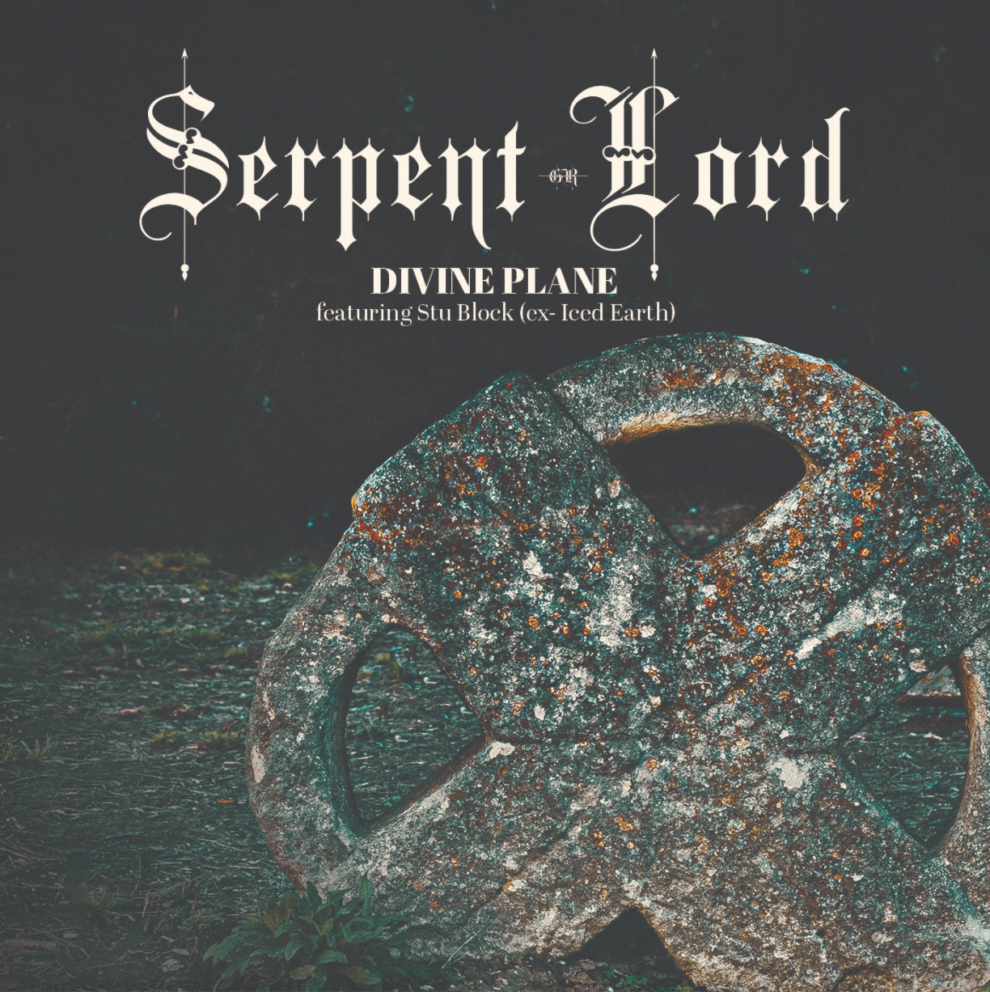 Greek occult heavy masters Serpent Lord premieres the new official music video for “Divine Plane” featuring Stu Block (ex-Iced Earth) on guest vocals. The song is taken from their new official upcoming record “Apocrypha” which will be released on December 17th, via From The Vaults Records.

Once again the Serpents deliver quite a unique heavy metal song – with strong foundation of heavy sound. The songs starts with this atmospheric riff pattern – that is very dark, creepy and heavy as it should be – continuing with some fast riff and then blasting speed metal moment. And it is followed by coordinated and balance structure between the drum set, vocals, riffs and passages. Once again perfectly arranged passages dominate this song as well, presenting the songs full potential as it is.

Catchy chorus by Vocalist Marios Arikas and Stu Block adds this flavor of catchy heavy metal effect, making the song just more great than it already is – mixed with riffs patterns, insanely good drum set – that follows every details in the song precisely and just great – creates this true iconic occult heavy metal atmosphere, that all heavy metal fans will consume all over again. Melodies and sounds are adapted in that dark manner, showing the true heavy metal side of things. And they go with the whole song in outstanding way, presenting the main classical heavy metal essence.

Passage are arranged and adapted to the song very well. They show balanced and detailed approach to this song, from vocals arrangements that are done in very good way – the whole range vocal part after certain passages , to the other parts and passages of the song. Production helped definitely – to shape the full structure and detailed arrangements to sound so complex – with strong and precise approach to it.

Lyrics are about Lucifer, about free will. About being your own being. Following your own path – even if it means to be the darkest of them all. To choice your own fate, reality – your own consciousness, not to be brainwashed to believe in someone else cause- except yours. The band surely presented this song in such honest and truthful way – like this guys do – present their music with strong believes, putting their souls to it.

The video itself is greatly produced – every angle is done precisely. Showing the whole concept of the song as it is. And it is visual and aural heavy metal domination for the heavy fans to enjoy.

Embrace the power of freedom, follow your own path – set yourself free in occult heavy metal domination.

Bassist Konstantinos states this about the new music video/song:

”Divine Plane” is a song written by Lucifer, accusing God of being arrogant, selfish, and torturer. The song speaks about Free Will, God’s Great Plan, and finally, about being accepted as you are. None can choose his own fate. So, are you ready to be Damned?”.

Heavy metal in its darker and most occult form is the proposition of Serpent Lord , a band coming from the land of heavy metal – Greece – with the will and the power to conquer the world. And that is exactly what they promise to do with “Apocrypha” – their second studio album, which brings nine hymns of sacred heavy metal, wrapped in a blanket of occult atmosphere and in-depth, cryptic lyrics full of symbolic meanings.

Then again, Serpent Lord  aren’t strangers to delivering a harrowing dose of occult heavy metal, with every aspect from their stage presence, to the musical production, exuding depth and atmospheric darkness. Having shared the stage with legends such as Primordial, Rotting Christ, Blaze Bayley, Necronomicon, Innerwish, Omen, Grand Magus, Exarsis, Northwind and many others, Serpent Lord  pride themselves in delivering a show to encapsulate the crowd; “For us, it’s not just a live show, it is a ritual. The songs talk about rituals, about magic and religions, about demons, so we try to create the appropriate atmosphere on our shows”, as the band proudly states. Think Archangel banners, skulls, candles, books of magic, and even stage-side monks.

Initially founded in 2016, it wasn’t until the following year that the Greek entity delivered its first demo onto the unprepared world. Since then, Serpent Lord have been developing their occult heavy metal in countless shows across Europe, as well as in their debut album, “Towards The Damned” in 2018, which was hailed by the metal press, and in their double-sided single “Horned God”, released in the following year.

Now, the time has come for “Apocrypha” to delve deep into the aggressive, atmospheric and slightly progressive sound of the band and take Serpent Lord a step forward. And below. 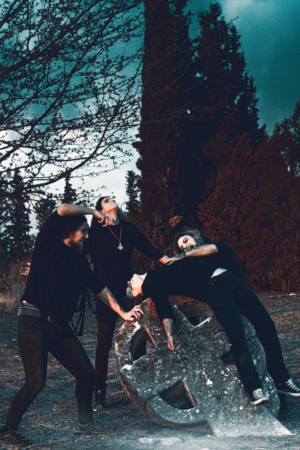 Check out the premiere for the new official music video for “Divine Plane” featuring Stu Block (ex-Iced Earth), below: