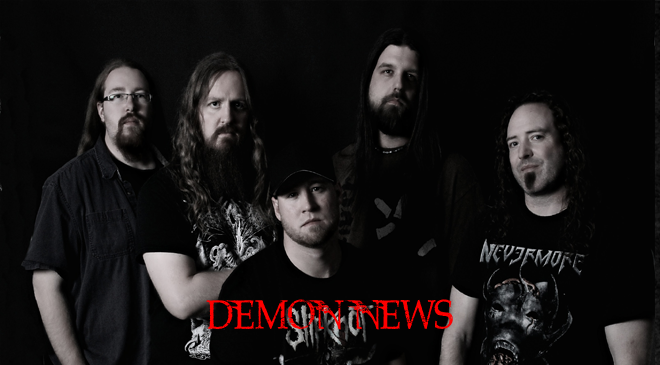 Photo Credit: Cheryl Gunhouse at Cher’s Photography
Song Stream – Break You – Listen here.Making ripples on their local scene with their assaulting and aggressive sound featured on their latest EP ‘Watch It Burn’, Ottawa, ON’s SIGNS OF CHAOS are proud to announce they will be local opening support along with Accursed Spawn for Hatebreed’s tour stop on July 13th at Mavericks. Full details here. The band has previously been local Ottawa support for Alestorm, Eluveitie, Insomnium, Firewind, Dark Tranquility, Beyond Creation, Exciter, Death Angel to name a few.

SIGNS OF CHAOS unleashed their brutally hard hitting EP ‘Watch It Burn’ this past April to to follow 2012’s debut album ‘Rise’ and 2009’s untitled Demo. The band features the insane riffage of Matt MacIvor and Dave McCann along with the ear stabbing vocals of Nick Bedard followed by the blasting drums of Stephane Desilets and the trademark tombstone slab of bass playing by Tom Hansen.