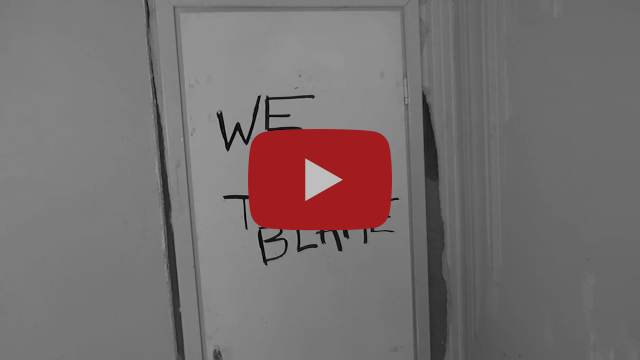 Finland’s Sinisthra featuring Amorphis vocalist Tomi Joutsen are sharing the new music video for the song “Eterne” off their forthcoming album, “The Broad and Beaten Way” due out May 15th  via Rockshots Records.

‘”Eterne’ is the most straight- forward song on the album, almost a total opposite to the first single “Closely Guarded Distance”. It’s the album opener and sets the stage for things to come, with the expulsion from Eden taking place and everything irredeemably changed. The video was shot in a ruined house that was my childhood home. It solidifies the fact that things can’t be reversed although some echoes might remain of what used to be.”

Best described as sadness tinged with despair and hope, “The Broad and Beaten Way” encapsulates raw emotion set against heavy and brooding music. This album comes 15 years after the debut record “Last of the Stories of Long Past Glories”, and its manifestation has been a slow and arduous process. The songs were written ages ago while other projects, primarily Vocalist Tomi Joutsen’s presence in Amorphis, were given priority from the band members.

The name for the album comes from “Paradise Lost” by John Milton; “The Broad and Beaten Way” is a bridge from Hell to Earth with the lyrics taking inspiration from the fall of man and from leading a chaotic and self-destructive modern day life and trying to find solid ground and perhaps even some peace of mind. “Eterne” is the first song, where the metaphorical Adam and Eve are expelled, both from Eden and from their union, and in the last song “Ephemeral” Adam, solitary, finally accepts his past actions as futile.

Sinisthra comes from Finland and has been in various stages of existence since 1999. Their style of music is basically metal, drawing from a wide source of different influences and blending them to a sound that can’t really be compared to any one single band. Always quite melancholic, most of the time quite heavy, and often with strong shades of 70’s prog with lesser shades of 90’s grunge.

The name Sinisthra derives from the Italian word sinistra, meaning “the left side” and representing the allegory of creativity, femininity, individuality and general free-thinking pathways of the Left Hand, without the hollow “satanic” or any other religious connotations. The lyrics veer away from most commonly used themes and focus heavily on more personal and intimate subjects. Sinisthra is all about contrasts, frail yet crushing, sad yet content, silent but roaring. Melancholy without utter despair. Darkness tinged with light. Gravel covered with honey. The only dogma is never to acknowledge musical boundaries, and never to use the words “love” and “death” in the lyrics.

The band released one album in 2005, called “Last Of The Stories Of Long Past Glories” to favorable reviews and got labeled “gothic metal”, somewhat misleadingly, but as the singer Tomi Joutsen joined Amorphis, his career skyrocketed and Sinisthra’s didn’t, so due to lack of time from his part, things slowed down.

Now Sinisthra has completed their second album “The Broad And Beaten Way” and are ready to finally release it. The road has been long, winding and mostly uphill, and promises to remain so in the future as well.

Check out the music video for the “Eterne”, here:

Dee Snider to release “For The Love of Metal Live” Album & DVD/Blu-Ray, releases new music video for the “Prove Me Wrong”!

Rather a normal kid, born in 1991, until I made my first steps towards the world of Heavy Metal around 2004. From that moment on, I follow the path of loud, "speakers blowing" tunes. Unfortunately, I have no super powers but I carry a bass guitar as a faithful companion, and I like to lift weights when I put my faithful companion to sleep. I have a thing for demons, and like to write reports, so... here I am.