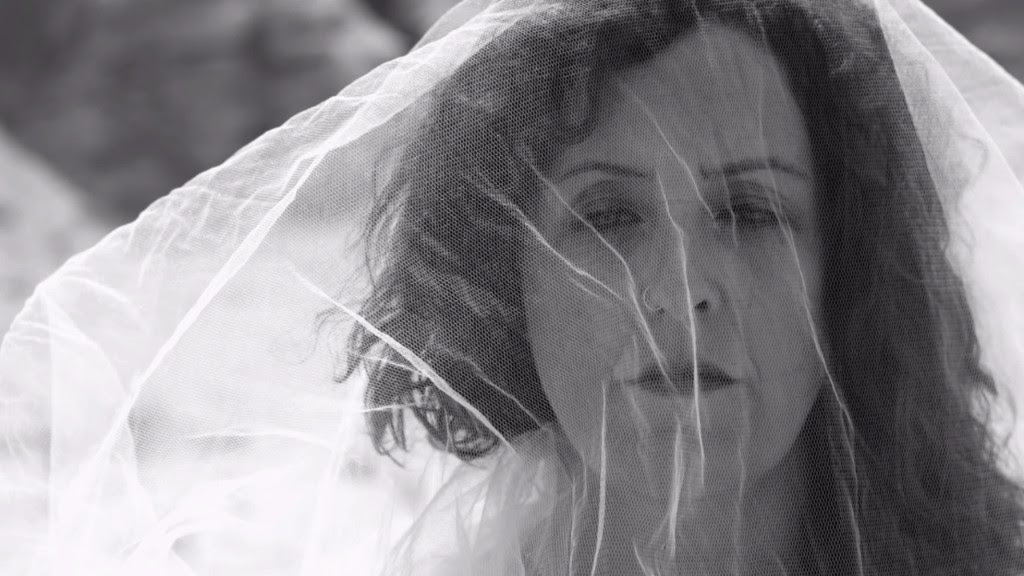 After returning home from their highly successful tour in support of Paradise Lost, Sinistro are now premiering the third new song taken from their forthcoming magical album, ”Sangue Cássia” in the shape of a video clip. The Portuguese Fado rockers will release their next masterpiece on January 5th.

Statement of the vocalist Patricia about the song “Abismo”:

“A woman in dialogue with mountain-high walls. A place of two voices with wounds and wreckage sounds. From dialogue to a monologue, in silence, starting a journey to find herself in and with the world.”

The artwork of ”Sangue Cássia” is created by Pedro Carmo can be viewed below. 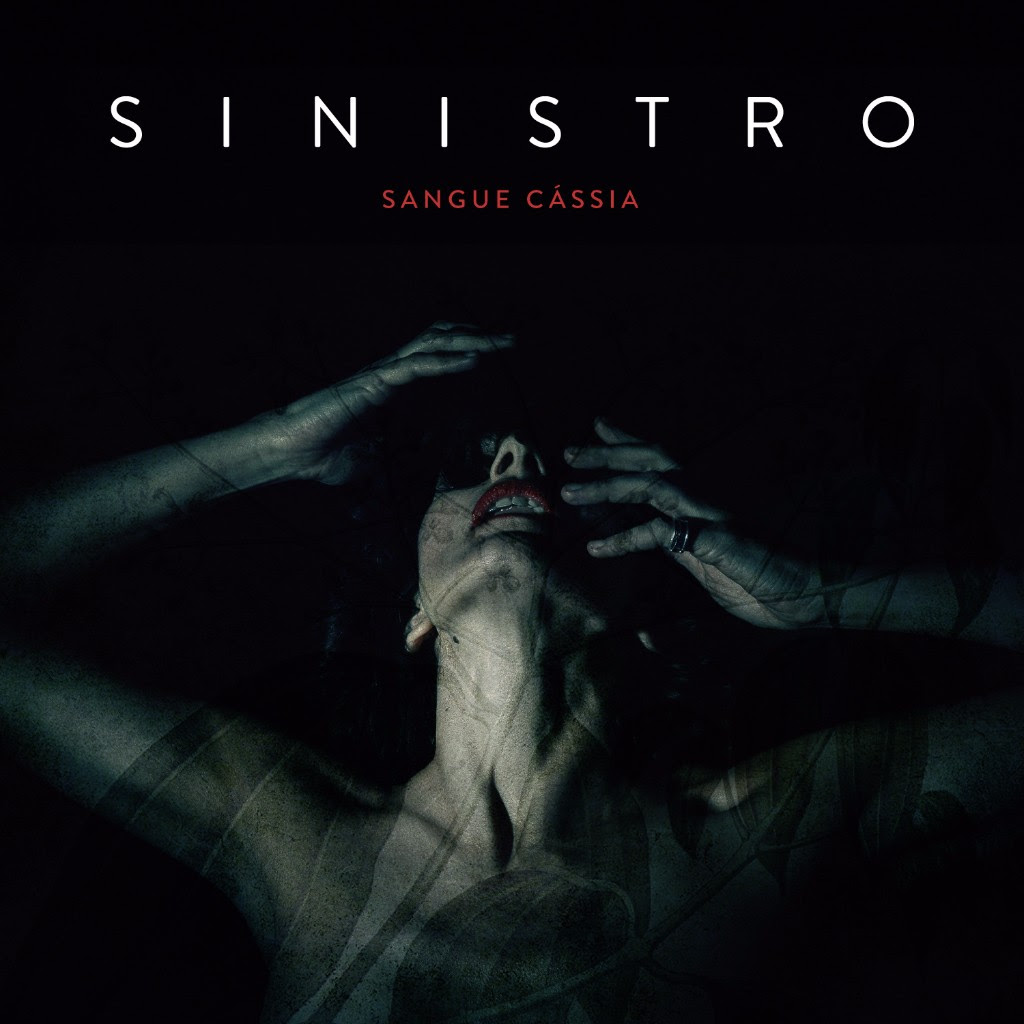 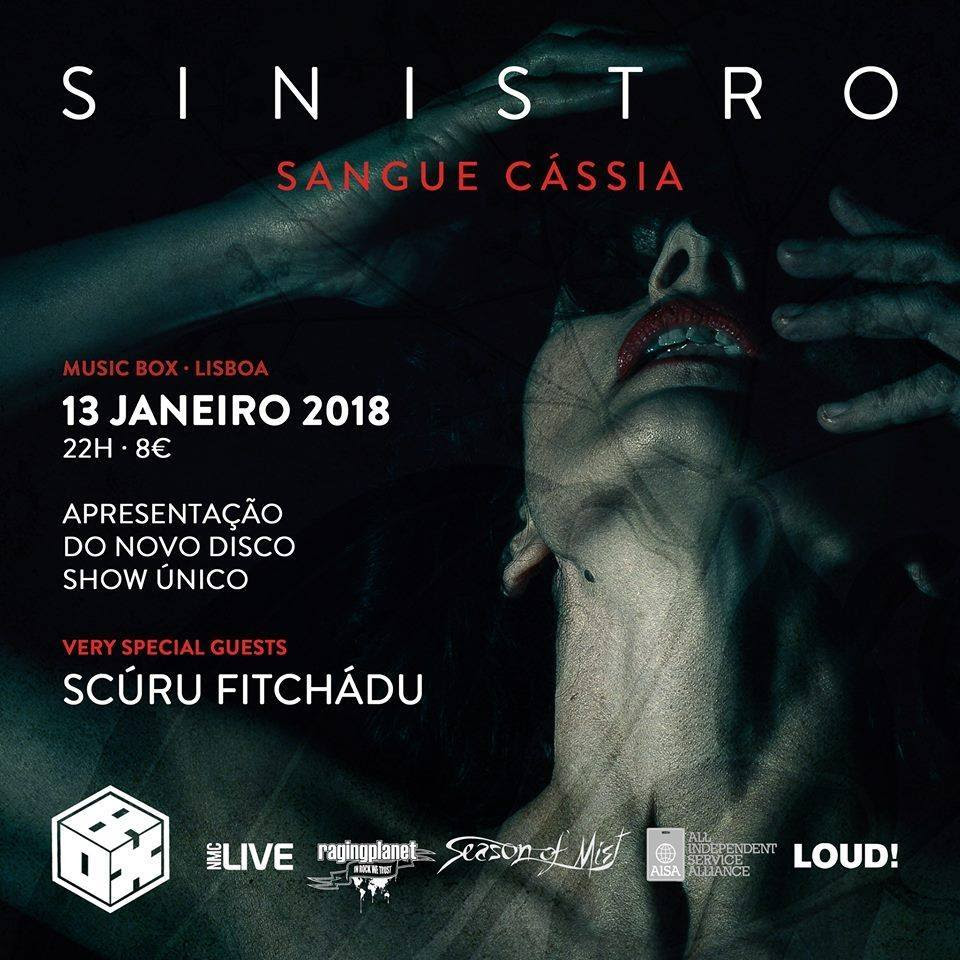 When  Sinistro emerged out of a spontaneous spark on a hot summer’s day spent dallying in the studio, nobody could have predicted the meteoric rise of these fascinating Portuguese doom rockers. Their first album, a new beginning after some different earlier attempts, was strongly cherished by critics and fans alike, with invitations to prestigious festivals following at an astonishing pace.
Now Sinistro presents the follow-up to the highly praised ”Semente” (2016) and even the first impression allows to state that ”Sangue Cássia” marks another huge step in the career of the remarkable band fronted by vocalist extraordinaire Patrícia Andrade. The new full-length clearly shows the confidence and experience gained from their numerous live performances.

Sinistro started out by exploring a wide range of reference points for their self-titled debut, which was released in 2012, such as Massive Attack, Ennio Morricone, Radiohead, Faith No More, Angelo Badalementi, David Bowie, Swans, Unwound, Mogwai, and Crippled Black Phoenix to name but a few possible comparisons.

On their following effort, ”Cidade” (2013), the Portuguese welcomed singer Patrícia Andrade, who quickly turned out to be the missing element in Sinistro‘s path snaking between elegant doom rock and a soundtrack like an approach. Massive guitar walls combined with gritty keyboard layers and a deeply emotional vocal performance established the band as an essential name in the Portuguese music scene.

Having perfected their signature musical handwriting on ”Semente”, Sinistro are now adding experience and maturity to their songs. Each track on ”Sangue Cássia” is its own story and cosmos that will engulf and swallow the listener. Take your time to profoundly enjoy and marvel at the wonders laid out by ”Sangue Cássia”!

Check out the music video for “Abismo” here, enjoy it: