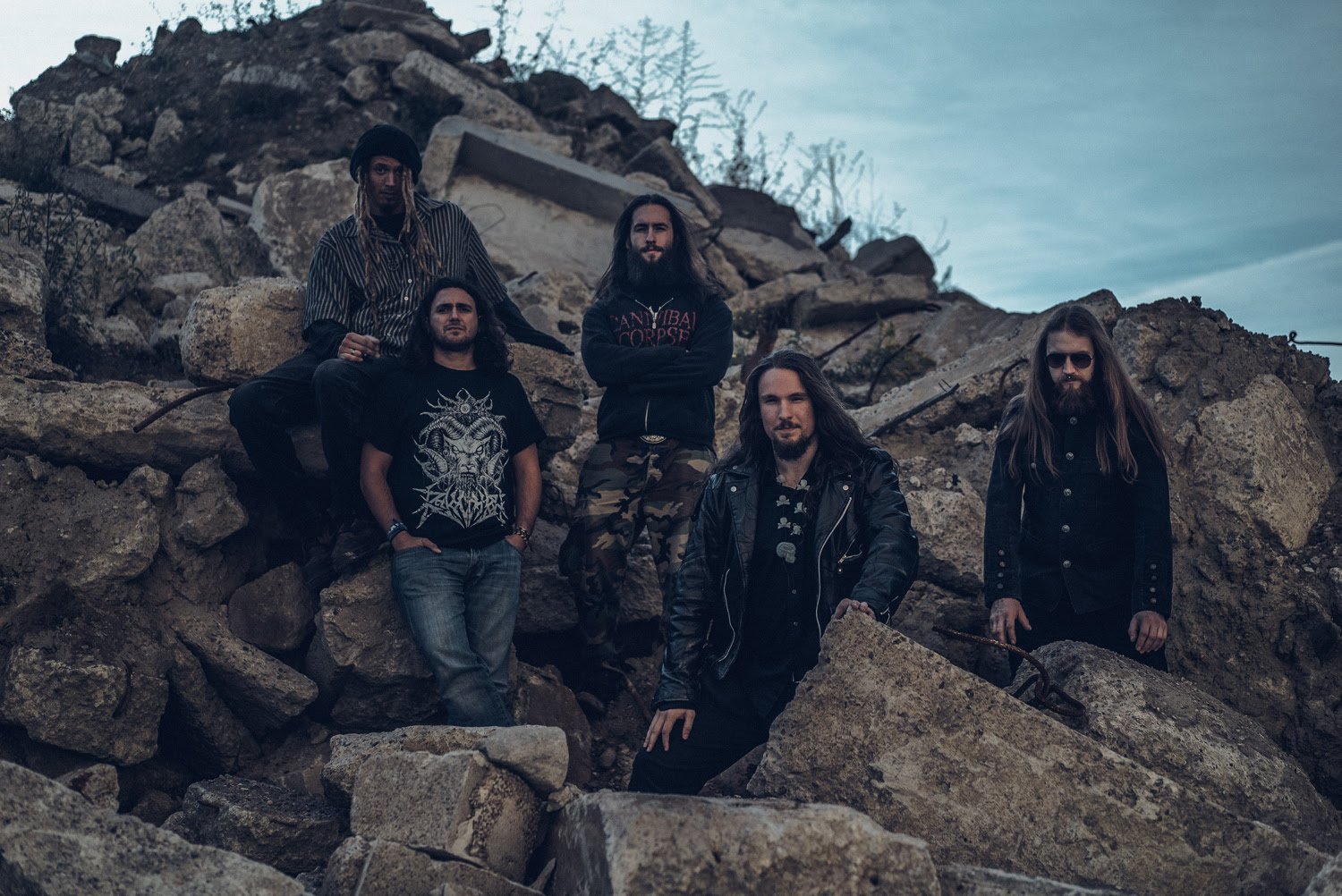 With upcoming performances in their home province of Ontario that includes a show date with Abiotic and Vesperia (listed below), Toronto’s SLUDGEHAMMER have posted their new video ‘Ectogenesis’ from their recently released debut full length ‘The Fallen Sun’.

Their debut full length ‘The Fallen Sun’ was unleashed this past June and features eleven fist pounding tracks of dynamic vocal performances from lead vocalist Chris Szarota and bassist Dan Ayers, along with a showcase of mind bending guitar solos, heavy riffs and blistering drumming fury.  The debut album is the follow up their 2014 EP ‘Organ Harvester’ and was self-produced by the band plus mixed by guitarist Tyler Williams along with mastering done by world renowned producer & engineer Lasse Lammert (Gloryhammer, Alestorm, Teramaze) at LSD Studio in Germany.
A full album stream of ‘The Fallen Sun’ can be heard at the following link: https://www.youtube.com/watch?v=d2dmlDY6eK0
The album is available digitally and on CD at the following bandcamp link https://sludgehammermusic.bandcamp.com.

1. Demons From The Woodwork (4:02)
2. Intestines Entwined (5:02)
3. The Black Abyss (6:29)
4. Ectogenesis (4:34)
5. Carrion Eater (5:56)
6. Consuming Afterbirth (4:34)
7. Carnivorous Forest (5:08)
8. Utopian (5:45)
9. Revolting (4:46)
10. Organ Harvester (4:51)
11. Casualties (4:34)
Album Length: 55:48
Show Dates:
July 29 – Oshawa, ON – The Atria – info w/ Caym, Backlash, Astaroth
August 27 – Oshawa, ON – The Atria – info w/ Abiotic, VesperiaFor more info, please visit https://www.facebook.com/sludgehammermusic
About:
Sludgehammer is a five piece Canadian metal band formed in 2013.  The band began with guitarist Jeff Wilson and drummer Fernando Villalobos jamming together, which quickly resulted in writing songs and searching for a full line up.  Their search led to vocalist Chris Szarota, who possessed an astonishing vocal ferocity and bassist and vocalist Dan Ayers, who passed the audition as a bassist and also revealed a golden voice.  Thus, the first incarnation of Sludgehammer was formed.The four members worked hard over the next few months to put together a demo, which was released at the band’s first gig on November 22nd, 2013.  The demo was well received even though it was completely self-recorded and the gig offers kept on coming, along with new fans.With the success of the demo, the band knew that it was time to step things up and hired producer Christian Anderson for their 2014 release, ‘Organ Harvester’.  During the writing sessions, the band decided that Chris and Dan should share vocal duties for this record, as Dan’s voice had been absent from the demo.  The dual vocals proved to be a force to be reckoned with and on August 11th, 2014 ‘Organ Harvester’ was released to rave reviews.’Organ Harvester’ gained both new fans and better shows, gathering serious momentum and solid name among the metal community.  However by 2015, after playing many gigs with the ‘Organ Harvester’ material it became very obvious that the fans were hungry for more.  The band began writing more songs for the next release and kept playing gigs, which led them to guitarist Tyler Williams.  Tyler was working as a sound man at the Atria in Oshawa, ON where Sludgehammer was playing, and after their performance, Tyler approached the band.  They set up a jam and in July 2015, Tyler Williams joined Sludgehammer.The new five piece line up produced a much fuller sound as Jeff and Tyler began working together.  The old songs were given new life and badass new material was being written for their next release, titled ‘The Fallen Sun’.  The new songs featured dynamic vocal performances from Dan and Chris, mind bending guitar solos, heavy riffs and blistering drumming.  As the songs started to pile up, Sludgehammer discussed recording a full length album.  Tyler suggested that they record at his studio, Monolithic Productions.  The band set up shop there and are now ready to unleash ‘The Fallen Sun’ for release on June 10, 2016.

The video can be viewed at the following link: