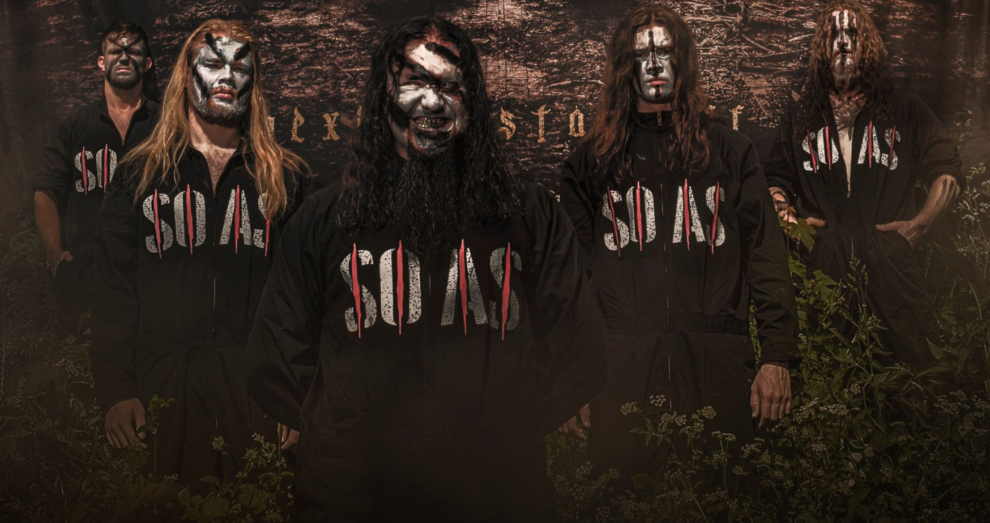 This cover song present’s the main essence of the original. Iconic original song with more iconic hip-hopers Dr. Dre’s & Ice Cube is by itself  is a wicked, twisted and sinister song – presenting the most vile side of human nature. And it is from the cult movie “Natural Born Killers” from 1994. In the original song there is this beat and melody – that has this smooth moment, creating this intense and wicked atmosphere. And in the cover this is the exact thing, so the highlight of the song is just that riff pattern that creates the same atmosphere from the video, showing that this is just awesome cover song, that turn out good. All of the sounds, melodies, riff patterns, vocals are combined and balanced with each other perfectly, adapted to the original song in this metal version – not adding some unnecessary elements and improvising, but giving it a metal touch to it, awaking its vile and sinister spirit. And the guys did it just perfectly – it has all of the best trades from the original, but also the metal gave the song more wickedness. The guys created it in their own style, presenting their view of the song – which gave it more intensity and explosivity. That hidden rage moment that original has too, it is more directly presented in the cover song. The most interesting moment is the shout and raping fusion from the Vocalist  Henrik “Nomansland” and Ivan Meathook Gujic.

The idea is just unique – it has that power to it, so that it presents the cover’s main essence from the original. Vocals did definitely added something explosive and intense that this song needs to have. This shouting and raping vocals are something special, not can be heard in metal. It will be interesting experience for the extreme fans to hear, it is unusual – but it has all of the best trades from the both genres – it is just a ultimate power-violence experience created by this vocals only. And the rest of the song adds more power-violence effect with the badass fist of steel. In the song riffs are low-ground crushing ones, that shows that rap and metal fusion – works very good with each other. It also shows that the riffs are coordinated with the whole structure of the song in a great way, also mixed with the other technical part of it perfectly – presenting this loud chaos, that the listeners will not be immune to. Lyric video is very well adapted with the explicit images – to the story. It goes along well with the whole explosive and sinister atmosphere of the song. The viewers will enjoy it for sure. Visually it has some interesting and special moments from the beginning till the end.

Production and arrangements are adapted to the original one, fused and mixed in a proper way so that this song – has the same spirit as the original, but more intensity to it. Both production and clever arrangements helped to create the fully sinister atmosphere from the original song, but also adding the metal moment that helped in showing metal side of it – a bands personal touch of the song, to be more vile that it is.

Production helped a lot, pointing out every detail from the song to the core. This is a very good cover song , an example that rep/hip hop and rock/metal can be fused or covered like the pop songs – to sound so great and different. Rock and metal definitely gave this genres a different point of view, perspective and musical dimension. It points out the very best of the songs, their main essence. And with this one, it is a job well done. Hip hop and metal fusion, a feast from the street, loud and gore as it is. It is a wickedness on some higher musical level. perfect fusion to break personal illusions.

Are you a natural born killer? Find out with the fusion of hip hop and extreme metal feast to illuminate you!

“Be For Oss Alle” is the new record from Son Of A Shotgun, the off-shot Southern death/grind band let by guitar player Ivan “Meathook” Gujic, well-known for his role as the guitar player of Norwegian death metal gods Blood Red Throne.

The record was produced in Meathook Studios, being mixed and mastered by Cryptopsy’s Christian Donaldson. Ivan states “We as a band are extremely fired up! Taking our music and talent to a new level. A big hellyeah goes to Emanzipation for working with Son Of A Shotgun”. Son Of A Shotgun started in 2015 in Norway, Kristiansand, by the mind & hand of the guitar player Ivan Meathook Gujic of Norway’s meanest death metal band Blood Red Throne. SOAS started as a one-man band, with Meathook serving as the songwriter and multi-instrumentalist.

The debut album “Mexican Standoff”, released in 2017, featured Jan Axel Blomberg “Hellhammer” (Mayhem, Acturus), Damege Karlsen (Breed, Chrome Division), and Maurice Adams (Breed, Motorfinger). After the release of “The Mexican Standoff” Meathook kicked off a Norwegian tour, covering all the biggest cities and headlining the Southern Discomfort festival. In their touring, SOAS even played with Cannibal Corpse and made a documentary of it. 2018 was the year of the SOAS zombie squad. The project turned to a full line-up, with some of the best extreme musicians in Norway. The mind-blowing debut of the band happened in Oslo in 2019. Fully uniformed, war-painted. A military precision gig.

Check out the new official lyric video for the cover song of Dr. Dre’s &  Ice Cub’s  “Natural Born Killaz”, below: