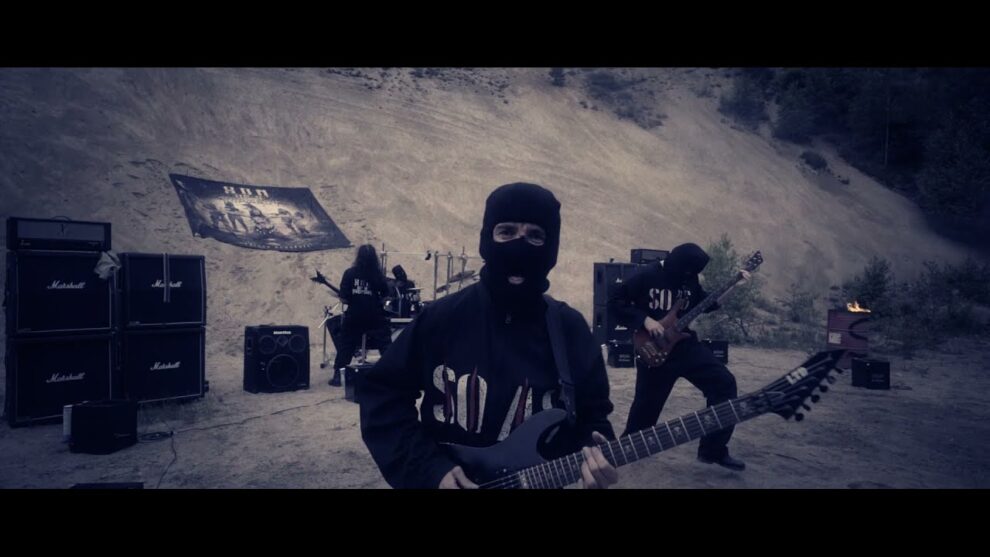 Southern death/grind crushers Son Of A Shotgun founded by Ivan “Meatkhook” Gujic from Norwegian death metal masters Blood Red Throne – premieres the new official music video for the “Strike Above The Neck”, taken from their new record “Be For Oss Alle”, via Emanzipation Productions.

This song is fierce and viscous crusher of pure metal and hardcore domination. It starts with this shouting by Vocalist Henrik “Nomansland – a perfect introduction for the slamming atmosphere of pure power-violence destruction. Presenting the bad-ass and uncompromising side of the song in awesome way. Everything is coordinated and balanced with each other, the drum set, vocals, riffs – followed by that great production that adds more fuel to the catchy chaos in the song and it sounds powerful – creating this ultimate coordinated chaos – that extreme metal fans will consume – with their minds and souls all over again. Basically the riffs are generic, but smoothly arranged with the full structure of the song – adding that main component, that presents the song, it’s essence. And the production part shaped so perfectly, to have a high-quality sound – adapted to the chaotic and explosive atmosphere of the song.

This is a death/grind band, but in this songs there are the influences of Pantera, old-Slipknot, Machine Head,  Hatebreed and Sepultura, even Entombed as well – which goes with the genre of the band. The best side of the influences are wrapped in the song, creating this one of kind power-violence and brutal experience. Even the title refers to this explanation – indicating that everything is in it’s place, that goes along with the whole story and scenes from the video.

Ivan as a mastermind sure did have a clear vision on how should this band sound – with all of the visuals around the video. He basically presents this take or leave it attitude, that Pantera and Sepultura had – with this band. And Ivan created something that extreme metal is known for – it’s brutality and furiosity. He succeeded in his mission to created one of kind metal experience for all of the metal fans to enjoy and they will, for sure. The scenes from the video are very well adapted in that orthodox metal style. And the video goes along with the story – showing completely the essence and point of the song, as it is. This is the extreme crusher that shows very best of extreme metal. It’s is a refreshing surprise and true vortex of domination power and fury. 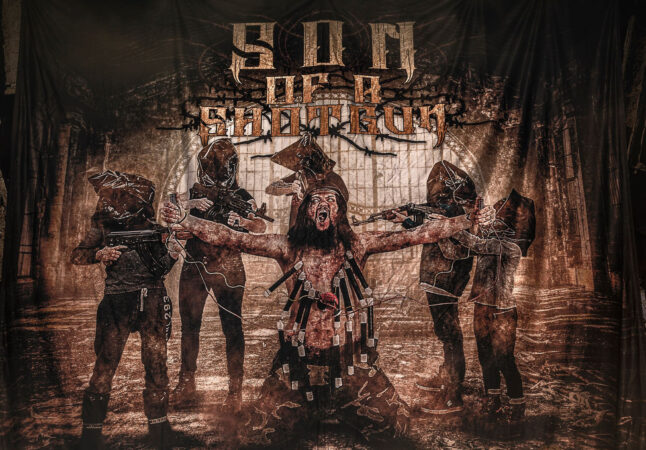 “Be For Oss Alle” is the new record from Son Of A Shotgun, the off-shot Southern death/grind band let by guitar player Ivan “Meathook” Gujic, well-known for his role as the guitar player of Norwegian death metal gods Blood Red Throne.

The record was produced in Meathook Studios, being mixed and mastered by Cryptopsy’s Christian Donaldson. Ivan states “We as a band are extremely fired up! Taking our music and talent to a new level. A big hellyeah goes to Emanzipation for working with Son Of A Shotgun”. Son Of A Shotgun started in 2015 in Norway, Kristiansand, by the mind & hand of the guitar player Ivan Meathook Gujic of Norway’s meanest death metal band Blood Red Throne. SOAS started as a one-man band, with Meathook serving as the songwriter and multi-instrumentalist.

The debut album “Mexican Standoff”, released in 2017, featured Jan Axel Blomberg “Hellhammer” (Mayhem, Acturus), Damege Karlsen (Breed, Chrome Division), and Maurice Adams (Breed, Motorfinger). After the release of “The Mexican Standoff” Meathook kicked off a Norwegian tour, covering all the biggest cities and headlining the Southern Discomfort festival. In their touring, SOAS even played with Cannibal Corpse and made a documentary of it. 2018 was the year of the SOAS zombie squad. The project turned to a full line-up, with some of the best extreme musicians in Norway. The mind-blowing debut of the band happened in Oslo in 2019. Fully uniformed, war-painted. A military precision gig.

Check out the official premiere for the new music video for “Strike About The Neck”, below: