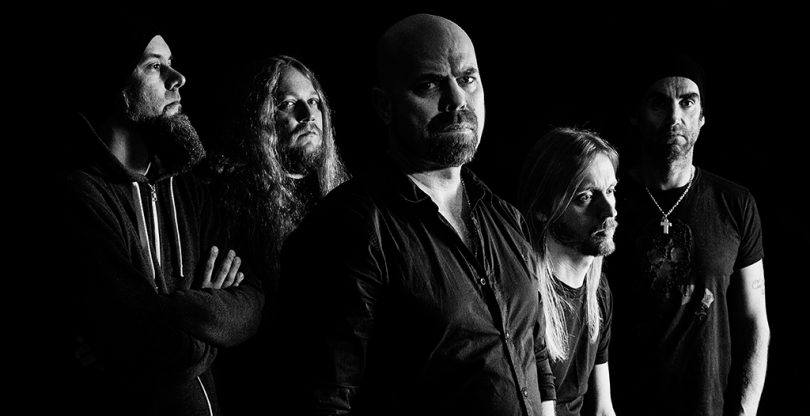 Stream and purchase ”Lamenting of the Innocent” now at: metalblade.com/sorcerer – where the record is available in the following formats:

Since they first started, Sorcerer have been labeled “epic doom” – a tag that fits but does not define them, and this has never been more evident than on their third full-length, ”Lamenting of The Innocent”. On this record, the Swedish quintet return with a revamped lineup that includes longstanding guitarists Kristian Niemann and Peter Hallgren plus vocalist Anders Engberg, joined by bassist Justin Biggs and former drummer Richard Evensand – both of whom bring something new and fresh to Sorcerer. This time around, the band let their influences shine through, breaking up the epic doom with flavors of prog, post-metal, classic heavy metal and hard rock. The track “Deliverance” also features a guest appearance: Johan Langquist of Candlemass and renowned Swedish cellist Svante Henryson.

“They truly brought another dimension to that song and now it’s impossible to imagine it without their contributions, which is the way it should be when you bring guests in to perform; they are there to provide something you couldn’t do on your own.”

Sorcerer states this about their music taste and influences:

“We play music that relates to when we grew up, with bands like Rainbow, Black Sabbath, Iron Maiden and such. They are all influences and we like to build that dramatic touch into our music. It’s important for us to create a feeling in the song that will take you, maybe, to another world or a fantasy place somewhere, and the bands we grew up with are the masters of this. By the same token we are also influenced by more contemporary acts and their approach to arrangements and orchestration. Inspiration can come from anywhere, but we all know when we’ve captured that ‘Sorcerer sound’. It feels like home.” 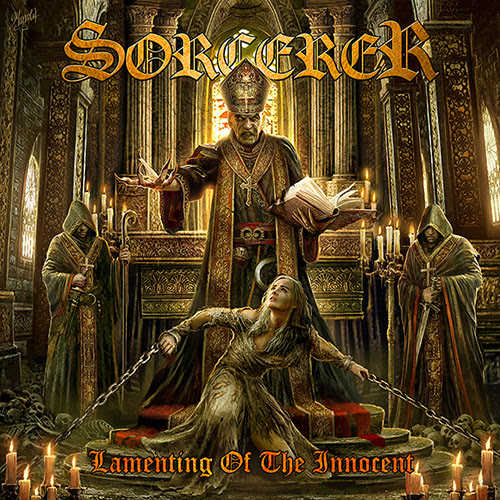 Track-list:
1. Persecution (intro)
2. The Hammer of Witches
3. Lamenting of the Innocent
4. Institoris
5. Where Spirits Die
6. Deliverance
7. Age of the Damned
8. Condemned
9. Dance with the Devil
10. Path To Perdition
11. Hellfire (Bonus Track – only available on Digipak CD)