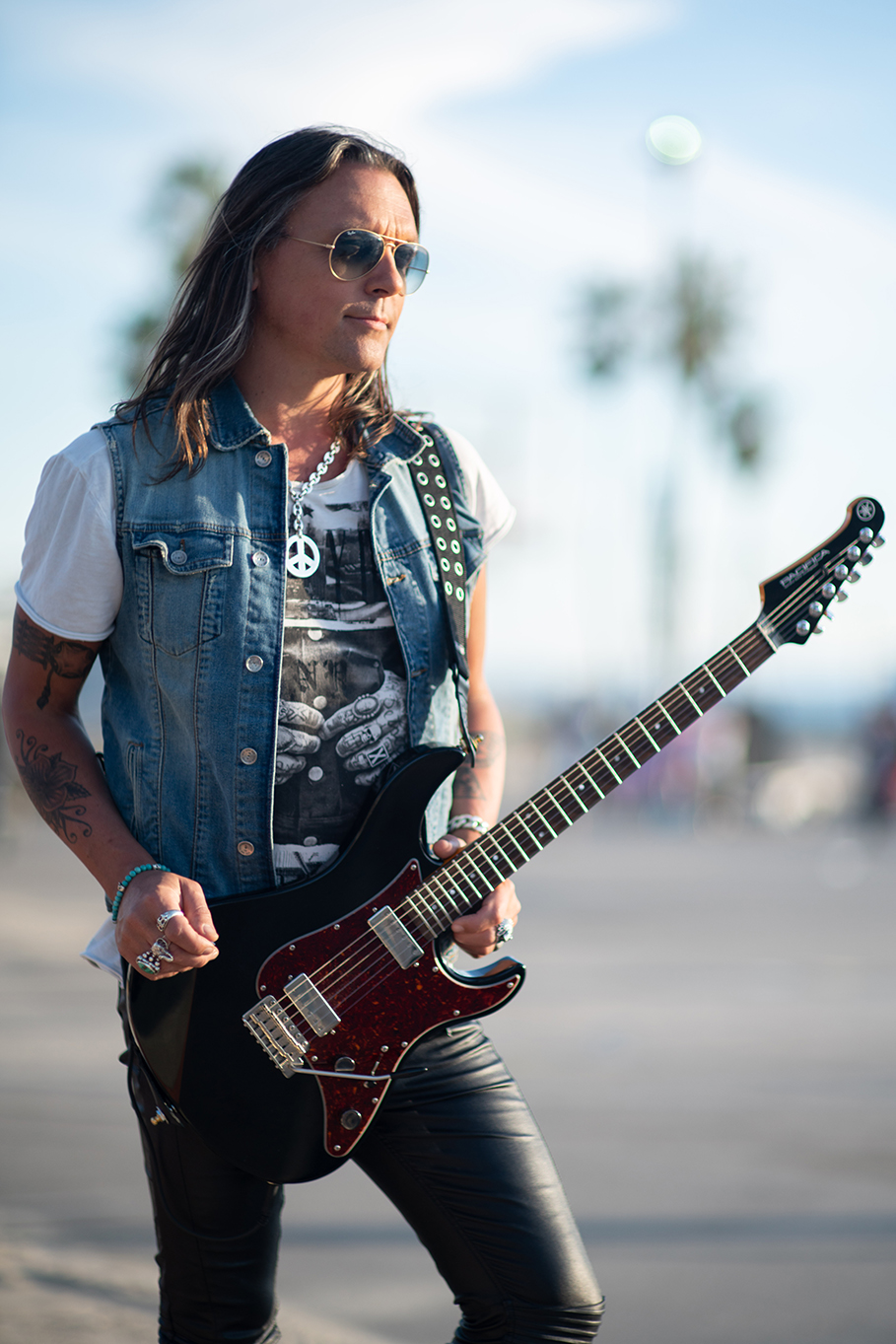 Soren Andersen premieres the music video for the “Agent Wells”, taken from the latest release from “Guilty Pleasures”, that was released in October 2019, via Mighty Music Records.

After the three successful videos for the songs “City of Angels”, “Bird Feeder” and “Skybar”  and good rated new release “Guilty Pleasures”, that got excellent reactions of the fans and audience. Soren is back with the music video and song that is again quite different from the previous three songs, this one has harder riffs and it begins with some alien disco sounds that is the interesting intro for the song and then there are fast hard riffs that are catchy and melodic, the song also got’s the tension to it – made by Soren’s guitar skills, it will catch the listener off guard with the groove melodies, guitar virtuosity of Soren – with the all technical part of the song that has that true Soren’s magical touch. This song has it’s own chapters in it, from the groove melodic parts to the fast rock riffs – with funk influence as well, each part tells a perfect spy story, making this song an amazing spy anthem – that can be put in some spy movie, it will go in a great manner with some spy movie.

Rock spy anthem, that will made your day.

You might know him for his 10 year long relationship as the guitarist for Glenn Hughes (ex-Deep Purple), but the 46 year old Dane Soren Andersen is much more.

Producer, co-owner of famed Medley Studios in Copenhagen, ambassador for world class equipment like TC Electronic, Yamaha Guitars and Line 6 and of course playing the six strings with a bunch of other great musicians.

For instance the maestro Joe Satriani who had this to say to the music site Music Aficionado:

Soren Andersen has previously released records of his own and he’s now taken his passion for the guitar to the next level in releasing an instrumental guitar album in the style of Joe Satriani/Steve Vai himself with all songs written by himself.

Soren states this about the new album:

“This kind of album has been a dream of mine since I sat in math class and drew pictures of Marshall stacks in my school books when I was 14-15 years old. The songs have just added up over the last 30 years and this is the right time for me to finally fulfill this lifelong dream”. I have learned that I’ve made a bit of a name for myself around the world and I’ve have often been asked for my own records especially after my performances with Glenn Hughes. I know I’m not in the same league technically as Joe Satriani and Steve Vai, and stylistically it’s way more inspired by 80s movie soundtracks, where I first fell in love with the lead melodies being played on the guitar as opposed to being a lead vocal line. But I promise I will deliver my 26 favorite tricks on the album. ”

The album features guest appearances from among others Chad Smith (Red Hot Chili Peppers), Glenn Hughes, Marco Mendoza and fellow Dane Ida Nielsen (Prince). First song from the album is the sun-soaked ”City of Angels” about his beloved Los Angeles with a music video shot around Venice Beach and Hollywood.

Check out the premiere for the music video of the “Agent Wells”, here:

Cradle of Filth are working on new album!
Black metal arrives in Močvara!