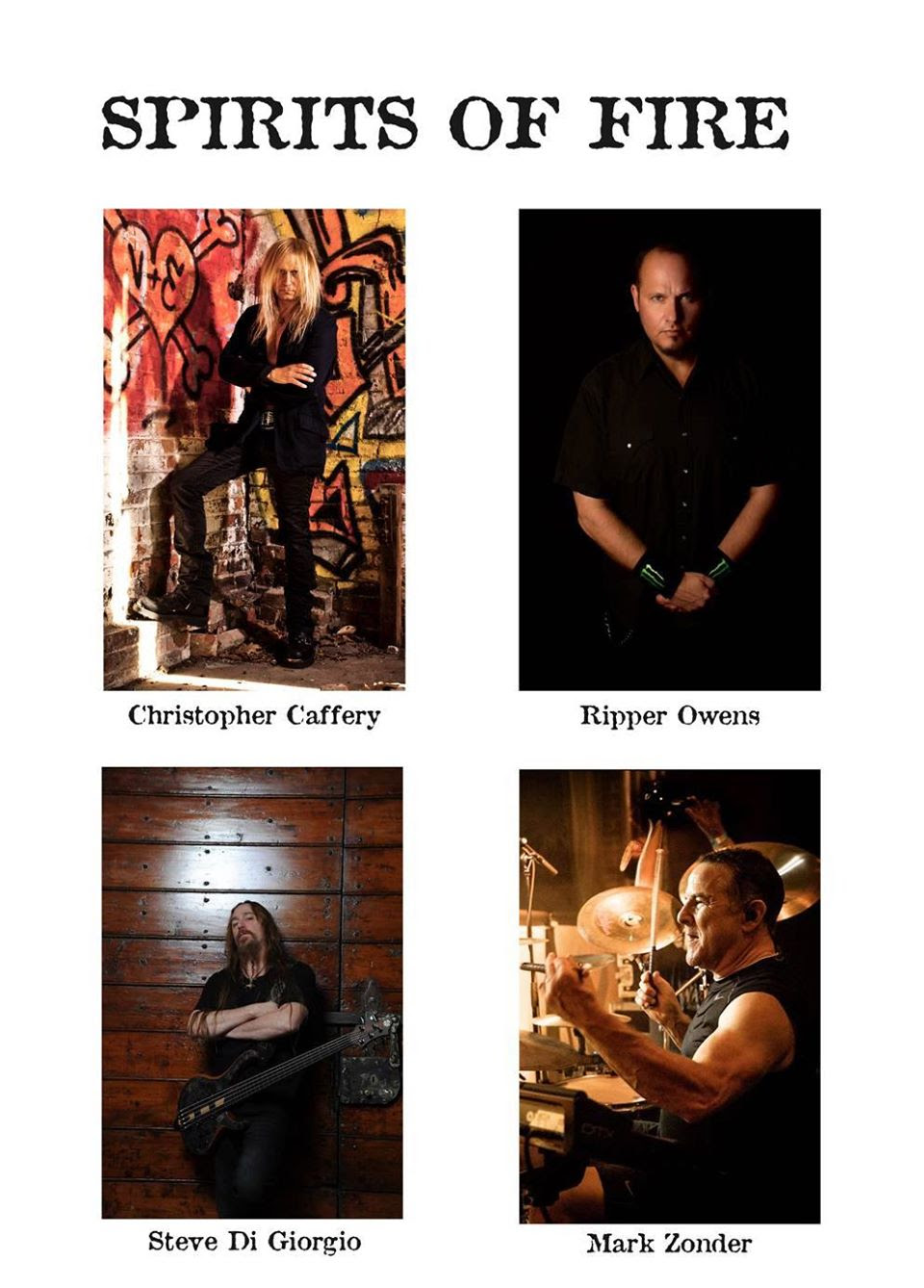 As previously announced, Testament’s Steve Di Giorgio teamed up with Tim “Ripper” Owens, Chris Caffery and Mark Zonder, to Launch a new musical project, entitled Spirits Of Fire (after the title of one of their songs)! This new outstanding supergroup is currently halfway through recording their debut album. The music can best be described as ”Classic Priest meets Savatage”.

“It’s going to be a great album!” says producer Roy Z and fans can look forward to a release in the early part of 2018!

Frontiers Music Srl is known for being one of the most creative labels around with our keen ability to build new bands and projects featuring musicians of outstanding quality and who come from unique backgrounds. While the A&R vision has mostly been concentrated in the melodic rock genre, it should be noted, for those who haven’t picked up on it from some of our releases in the past few years, that there is always a “Metal Heart” beating in the head offices in Naples, Italy.

Steve Di Giorgio doesn’t need any longer introductions, as he is widely renowned as a pioneer on the fretless bass in heavy metal music, being the bassist of Testament, Death and Sadus, among others. Within his genre, Steve Di Giorgio is respected for his playing skills, versatility and incredible technique. He has more than 40 studio album recordings and over 20 years of touring the world.