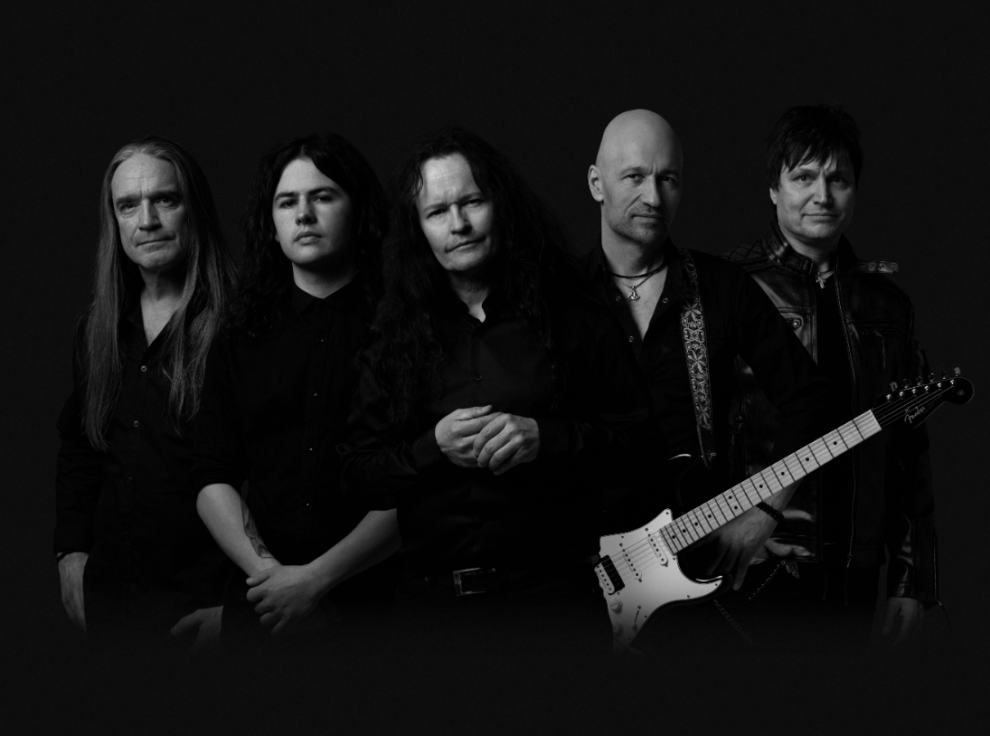 Norwegian heavy metal/hard rock masters Stargazer premieres music video for “Live My Dream”, taken from the upcoming record which will be released in 2023, via Mighty Music Records.

Here comes Stargazer, to illuminate you – with some cosmic/starlight hard rock power – that certainly has it’s own divinity. This song is in Stargazer style, one catchy and fierce hard rock banger – with such melodic mastery and has this enthusiastic essence. There is also a incredible story to the song- that added this mighty effect to this already outstanding song.  Right from the start there is this classical 80’s rock pattern, that has this electric groove – completely showing how this song in whole, has to offer only high quality rock music. And it is arranged perfectly with the whole atmosphere of the song and it’s parts and structure. The coordination and balance in technical terms is just amazing, it is a standard thing for this guys – since they are skillful and experienced musicians. There is no need to point out how there are good in creating and arranging their songs, they always create something unique – with some quality to it. 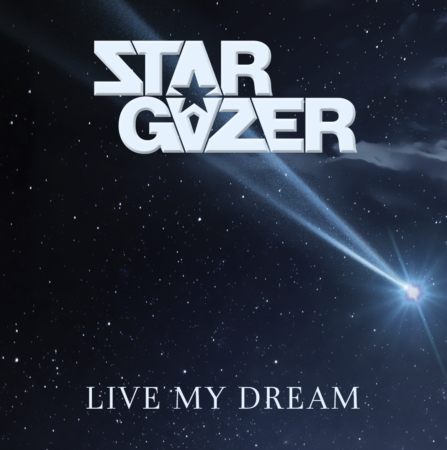 They know how to bring their music to the audience – with their souls and minds. And they are doing it quite well, each song has it’s own uniqueness and mastery moment. One thing that needs to be mention is this perfection in arrangement part. This guys had done great job in arranging all of the parts, especially with the vocals of Vocalist Tore. And of course the sliding into each part in such glorious way, that has this stable synchronization – with a touch of ultra good production. Which resulted in creating this big great rhythm and connecting – that is more that good.

Tore’s vocals are more that good, there is no need to point out his experience and vocals approach trough out his singing. He shows that he is an excellent Vocalist – with most authentic rock voice out there in the genre. He controls and balances his voice in such unreal way, there is precise approach to it. Adding he’s strong voice to it, which presents such quality and dominating voice and effect for the song. Since having a strong voice, without technique and experience is nothing. Tore is an example in each of his songs, how it is important to have a balanced and controlled approach to your voice. Especially when you have a high vocal range like Tor, it is harder – but not impossible. He for sure, gave the song it’s charm, catchiness and rock n’ roll essence that it needs.

The second person that made this song, even more awesome is William Ernstsen. He has this mastery to his guitar shredding – that is just awesome. From his guitar shredding part, rhythmal melodic part and solo part. It is like he and his guitar are one being. He plays a guitar – with such smoothness and soul to it. And arrangements for his parts, are the most special and great ones in the song. That also added more rock quality to it. He’s virtuosity and mastery, contributed in creating this one of a kind rock experience. He also delivered this kind of experience and effect to this song. Showing his mastery and awesome guitar skills. William clearly has he own vision of rock and his guitar speaks form himself, portraying the best sounds that rock can deliver.

Tore and Wiliam for sure gave the song – it’s domination. Through their dominating influence, they presented some kick-ass rock n’ roll – that has a soul to it.

Then there is a story about living your dream and chasing it. It talks about never giving up on your dream, through all of the obstacles in life. Through everything life is, the bad things especially. It is about never giving up, about not letting someone telling you – that it has no point in believing in your dream or even other things – that are not in your power, to stop you in your journey of chasing it. You deserve to achieve your dreams, since you were born it is your right. Don’t let anyone tell you to not achieve something that makes you alive and happy. It is a part of you, to live free and be happy. And also some bad things and tragedies in life, can’t also stop you to live and chase you dream. Life doesn’t stops, so should not you. That is the message, that this guys are sending with this song, playing it with such passion. They achieve their rock n’ roll dream and are happy because of it, why can’t you? Nothing is impossible.

This song is a demonstrating of true rock power, it’s cause and mostly how teamwork can create something that has so much good vibes and power in it. A banger of epic rock proportions with a touch of rocks true identity and purpose. To rock hard, dream hard and be hard in a good way.

Feel the touch of life, through rock n’ roll epicenes and power.

”A song about going far to live your dream. Balancing between life and death, highs and lows, through light and darkness. It’s a hard luck life, anyway you don’t give up. Because you find along this rollercoaster ride, there is something, somewhere, that actually makes sense and gives you renewed energy to carry on. And you can’t give a fuck if anyone tells you this life of yours is insane, because it’s your life.”

After their previous release “The Sky is the Limit”, connoisseurs of the hard rocking world have started noticing Stargazer as one to watch. They received a lot of great reviews all over the western world and were then in late 2019 ready to take on the world for serious touring. Serious touring saw an abrupt end due to Covid for almost every band in 2020-21, Stargazer being one of them.

So now, with the new album, plus the unfinished touring of the previous album, Stargazer is stronger than ever and ready to take on the world, coming alive, literally! Following up the success of their sound of “The Sky is The Limit”, the band is ready to take 2023 by the horns and make it their year.

The five-piece powerhouse hammers on with Scandinavian vibes that consist of virtuosity and a vintage sound with a modern twist. Firing on all cylinders in combination with the sense of good melodies, great riffs, soloes and songwriting handcraft. With one of rock’s best voices and one of the best blues-based hard rock guitar players around today. All this on top of a rock steady hard groove with killer rock songs, or down to the most tender and heartfelt tunes with emotions worn on their sleeves.

Check out the premiere for music video of ”Live My Dream”, below: