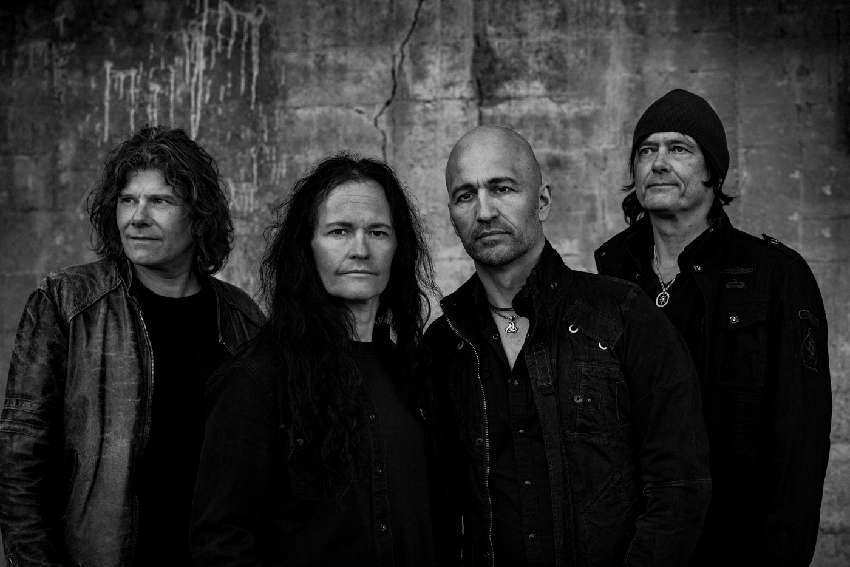 Norwegian hard rock/heavy metal giants premieres the music video for the “Shadow Chaser”, taken from their latest release “The Sky Is The Limit”,  which was released via Mighty Music Records.

After the previous songs and the quite big success after them – here comes a true crusher. The one that got’s 70’s and 80’s spirit in the, in i’s best form. This song begins with some groove heavy crushing riffs- continuing with the outstanding high  rage vocals by Tore André Helgemo – his voice created that special atmosphere that has the 80’s spirit in the air. The drum section with the riffs are in that technical manner balanced in the perfect way with divine solos- creating that groove moment that will hypnotize the listeners with every tone of it. It got’s the tension in a good way, amazing production and everything else that is fitted so very well, that the song itself is one of the kind a true Shadow Chaser that will make the listeners head spin around with the touch of melodic paradise.

Chase the shadows true the divine sounds of heavy metal and live the life you never lived before.

Stargazer’s first album received great reviews from the hard rock-based media all over Europe back in 2010. In 2019, nine years on, Stargazer was back with their second album entitled “The Sky is the Limit”. After years of struggle on the tiny hard rock scene of Norway playing festivals and support for bands like Jorn, Stage Dolls, DAD, Gary Moore, Nazarethand more, Stargazer were now ready to take on the world.

With a worldwide release provided by Mighty Music at hand, Stargazer set out to be a beacon on the hard rock scene. A bright shining star emerging with energy and power, capacity and skills, and a lyrical universe that both explores and recognizes the heart of darkness in humanity, yet fighting with passion always to light up a light in the gloom of nothingness. With Stargazer, you can hear and see evidence of the will to keep on keeping on.

Check out the premiere of the music video for the “Shadow Chaser”, here:

Falconer entered into the studio to record a new album!
Justify Rebellion premieres the music video for the “Prisoner of Time”, embrace the prison that last’s forever through heavy/thrash metal sounds!