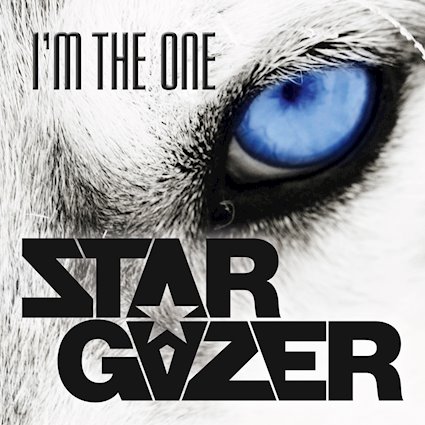 Norwegian heavy metal band Stargazer  premieres the music video for the song “I’m The One” taken from the upcoming new release “The Sky Is The Limit” on October 11th, via Mighty Music Records.

Great introduction of the Vocalist, powerful riffs, beautiful landscape, what can you want more. The song has that classical outstanding metal riffs, and it has that true rock/metal vibe, all of this will made listeners slowly fall for this song. 80’s vibe of rock/metal is present as well, is like the band wanted for sure to present the whole vibe of that time, with the modern production to it, this whole song is the outstanding one. Time flows fast with this song, it’s like you heard the begging, but almost you are at the end of it, that is the true effect of the perfect song, to be catchy, to flow through the mind. Solos are just perfect, and the balance between rhythm and drum set of the song, is like they are one in sound, just amazing tactical balance between those three, making this song  a technical perfection. Vocals are just epic, with a high range to it, with a heavy /power metal vibe, and it goes perfectly with the whole song, and it’s melodic sounds. Hard/rock celebration of power through the vibe of the 80’s, in the pure heavy metal style.

Stargazer’s first album received great reviews from the hard rock-based media all over Europe back in 2010. Now, 9 years on, Stargazer is back with their second album entitled “The Sky is the Limit”. After years of struggle on the tiny hard rock scene of Norway playing festivals and support for bands like Jorn, Stage Dolls, DAD, Gary Moore, Nazareth and more, Stargazer are now ready to take on the world.

With a worldwide release provided by Mighty Music Records at hand, Stargazer sets out to be a beacon on the hard rock scene. A bright shining star emerging with energy and power, capacity and skills, and a lyrical universe that both explores and recognizes the heart of darkness in humanity, yet fighting with passion always to light up a light in the gloom of nothingness. With Stargazer, you can hear and see evidence of the will to keep on keeping on.

Check out the premiere of the music video for the “I’m The One”, here: