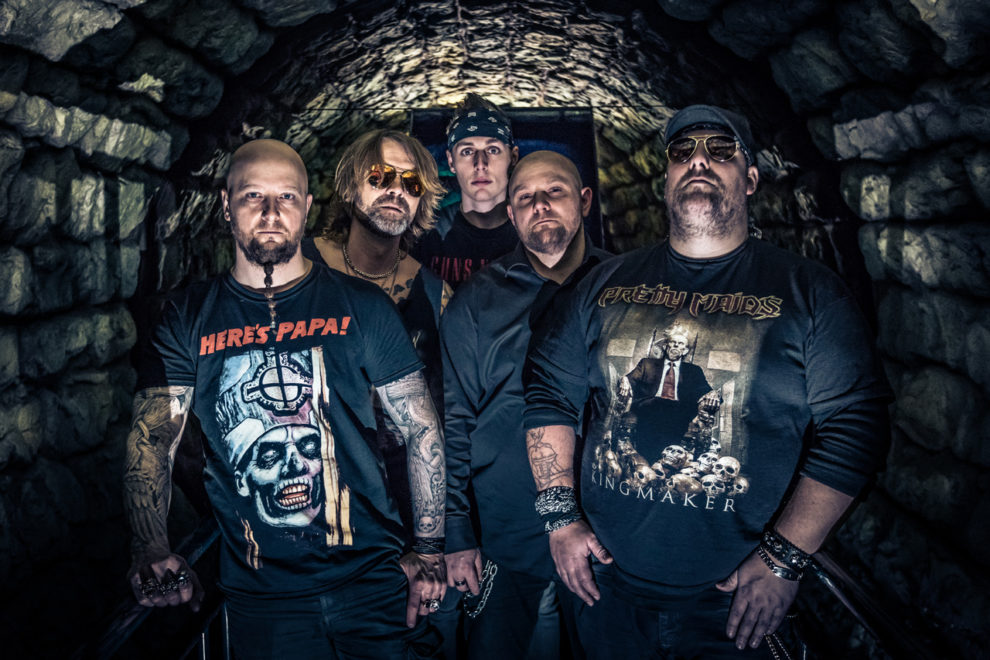 Danish hard rockers Statement premieres the music video for the “The Hurt” taken from their latest album “Force Of Life”, released in March 2019, via Mighty Music Records. Filmed & edited by Kristian “Iver” Iversen.

Groove rock song with catchy riffs, great landscape for the video – what can you want more of the classical good rock song and video? Through out the whole song there are groove melodic riffs and melodies, that will keep the listener occupied the whole time. The lyrics are about hard love and the struggles that love brings with it wrapped in the fast groove riffs, which makes the song and the video quite refreshing and original in the bands style. Great energy by the band made the atmosphere in the video outstanding, showing that this guys successfully presented their new release “Force of Life” and this song like the other ones in that true Statement rock manner, that got them with the release and this new song in the high ranks. This song is presented in a amazing way like the rest of the songs, with the high quality videos- with some modern rock power and glory to it.

Tough love in the rock style – that will teach you to be yourself again.

Statement  comes from the dusty suburban parts of Copenhagen. This is where their flashy melodic hard rock with a touch of a heavier metal element originates.

They released their debut album ”Monsters” in 2014 and their second album “Heaven will Burn” in 2016. Both albums have collected several great reviews from home and abroad, and Japan has shown great interest in the Danish albums, as well as the accompanying single releases with music videos “Heaven Will Burn”, “Madness” and “Created By You”. The Bands singles have been in constant rotation on various FM radio stations.

The Band is known for its energetic performance on stage, and they have a lot of live shows and festivals on their resume. Some of the jobs they have played, includes support for fellow danes Pretty Maids, the legendary kings Tesla (US), and they have taken part in a European tour, with Metallica’s great source of inspiration and NWOBHM pioneers, Diamond Head (UK). Statement delivers a powerful and energetic show every time, and there is no doubt, they love what they do when they are Rocking the stage!

”Force of Life” is the title of the bands third album, and the scene it set for what the boys would call a “kick ass” Hard rock album release! This time with Soren Andersen from Medley Studios behind the mixer. It gives the band a new and exciting edge, which can be compared to great bands like Scorpions, Metallica and Accept, but also salutes newer modern rock acts like Five Finger Death Punch and Halestorm.

”Force of Life” is a modern Hard Rock album that gives the listener an interpretation of the society we are part of ourselves. The songs are, amongst other things, written from a political point of view as well as war, peace, faith, hope, love, stress, anxiety for giving too much of yourself or being in an evil lonesome spiral.

Statement presented their first single ”Darkness In Your Eyes” from the upcoming album this year (29/03-2018), and the single was instantly announced as “track of the week”, in the legendary Classic Rock Magazine. The second single ”I Wonder Why”, from the new album was released the 19/10-2018, and both singles has been well received in several FM radio stations.

Check out the premiere for the music video of the “The Hurt”, here:

…and Oceans releases second new song “Vigilance and Atrophy”, reveals details for the upcoming new release!
Justify Rebellion premieres the music video for the “Salvation”, salvation in the free world through the sounds of metal and liberation!