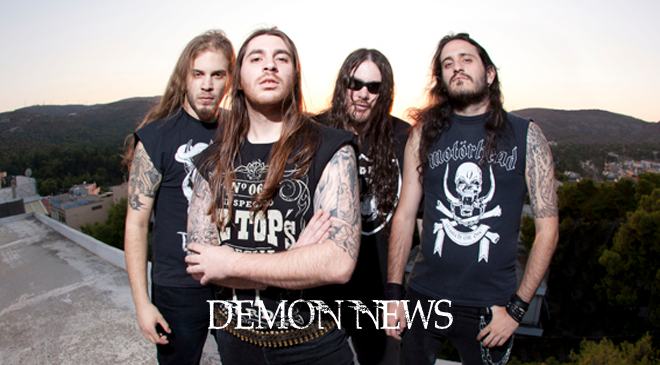 Legendary Greek thrash metal band realised a second lyrics video of the song ”Capital of War” from thier upcoming album ”Divison of Blood”, which is going to be realised in 27th May, via NoiseArt Records. The limited edition of ”Division Blood” encludes the bonus DVD, conguering Europe with live show from 2015, and a tour documentary and interviews, and also a bastage footage. Enjoy this very apocalyptic thrash metal song and video.

One Man Death Metal Band GROTESQUE CEREMONIUM Stream New Track ‘Burning At The Stake’
Ex Slipknot drummer Joey Jordison join forces with Attila Csihar from MAYHEM and SUNN 0)))), and with the members of DRAGONFORCE and CHIMAIRA and created a supergroup SINSAENUM.