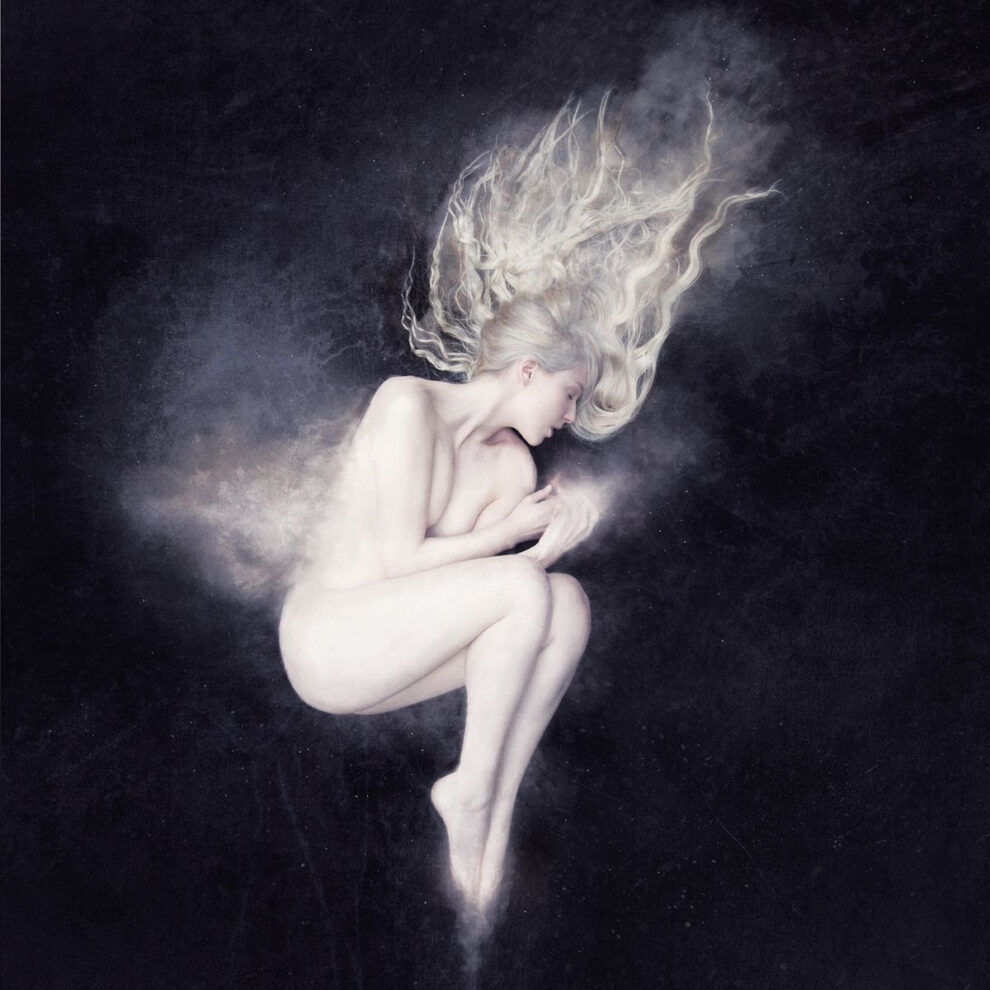 Scandinavian multi-instrumentalist Sylvaine is now unveiling the second new song ”Mono No Aware”, which is taken from the upcoming fourth record ”Nova”. The record is scheduled for world-wide release on March 4th via Season of Mist Records.

Sylvaine states this about the new music video/song:

“The moment when you appreciate the beauty of our human existence and what lies within it being completely transient, yet feeling overcome by sadness for the exact same reason, that is “Mono No Aware”. Every Sylvaine record holds one song title that can’t be directly translated into English, and this time I felt the melancholy and depth of the Japanese saying “mono no aware” fit perfectly with the emotions that went into creating this record. Existing somewhere between nostalgia, a yearning for things lost and past times and a respect for the ephemeral nature of things, “Mono No Aware” basically deals with how hard it is to accept that the only constant in our existence is change. Being one of the heaviest tracks I wrote to date, “Mono No Aware” is filled with intensity in every way, pushing the borders of light and dark even further. This song also holds some of my favorite lyrics of the album; “You need to fade away, so I can truly see you. Show me the meaning of being alive – Fading, I see you now”

To speak to Sylvaine, the one-woman multi-instrumentalist, bandleader, and composer born Kathrine Shepard, is to speak to some spirit that exists beyond the veil of convention and stereotypes. This is not a woman playing to the vogue dark melodic folklorist trope that has become so prevalent in the metal scene but rather, this is a woman who is a serious and classically trained composer and arranger whose songs, that originate on unplugged electric guitars in lavender and black bedrooms, end up exploding against the unlimited conventions of what modern music can accomplish.

For some time, Kathrine Shepard has been seen as the petite pixie of the Norwegian black gaze scene but her small eleven features and light heartedness belie the woman warrior behind ‘Nova’, her complex and personal fourth release. Following her 2018 ”Atoms Aligned Coming Undone” release, Sylvaine (a play on the name of one of her beloved French poets, Paul Verlaine) gives us ”Nova”, an album that is both a musical and personal reawakening of a singer/composer finding her way in this world.

The Lord of the Rings type choir arrangement heralds in the opening of her latest release as we the entranced listeners follow her to the realm of Lothlorien. The creation of this ambitious release began in 2019, before the world changed before all of our eyes. Experiencing a personal loss in a time the world was suffering a collective loss, Sylvaine composed on her guitar and wrote in her notebooks, eventually leading her into the small rooms of Drudenhaus in early 2021. Sequestered away in the countryside of France, the Norwegian native and her musical cohorts would all contract Covid. Asthmatic since birth, our heroine isolated herself in a small room to score out the different soprano and alto melodies of an actual choir to make her vision for the opening song “Nova,” come to life. Sung in an imagined language, the syllables of NO-VA continued to emerge, suggesting to the singer something linguistically symbolic and important. 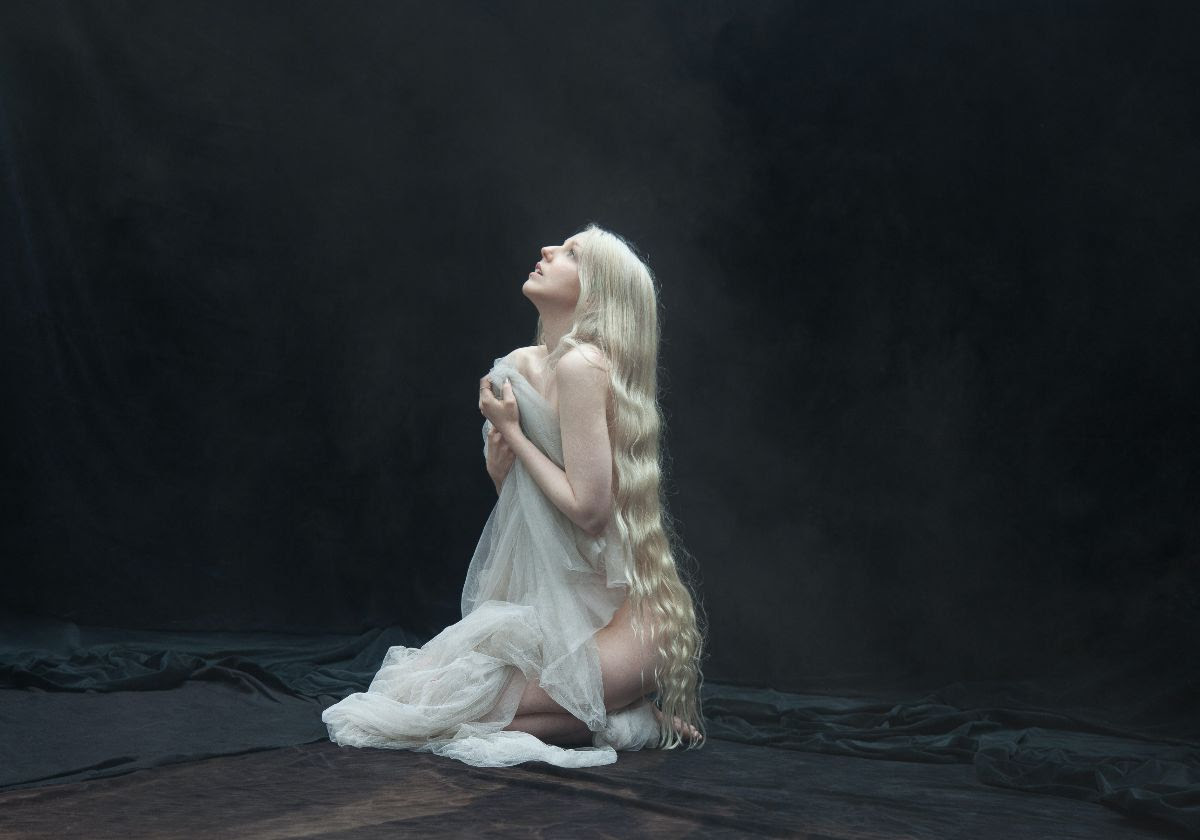 Naked on the cover, which may raise some eyebrows, Sylvaine insists to her fans that this is a symbol of her own vulnerability and personal rebirth that transpired over these years of creating ”Nova”. “Nova” in terms of language is connected to words such as nuova (Italian) or nueva (Spanish), meaning ‘new’ and speaks to a rebirth, to loss, the temporality of life, grieving as nothing lasting forever, but looking forward as new doors are forever opening.

Album tracks “Mono No Aware” and “Fortapt” are compositions in the 10-minute range, showing the progressive skills of the multi-instrumentalist’s musical mastery and magic. Taking the loud and quiet back-and-forth of the ‘90s a step farther, she manages to haunt every note with primal sincerity. “Fortapt” is a particularly unique track, paying homage to Sylvaine’s Norwegian roots. And while critics may want to pin a song like “Nowhere, Still Somewhere” in the shoegaze or dreampop category, her mysterious resonance adds something to the composition that makes Sylvaine’s work defy categorization.

Much like Joan of Arc, Sylvaine is not a one-woman army without her legionaries. Instead of enlisting members of the folk metal glitterati, she has been a bit more selective about her surprise guests on her album, choosing Scottish violinist Lambert Segura of Saor and cellist Nostarion aka Patrik Urban, whom she met while performing a very special acoustic show in Belgium in 2019. For Sylvaine, it felt emotionally appropriate to weave classically trained instrumentalists into her work, demonstrated on the last track on the album, “Everything Must Come to an End.”

Unlike so many of the pixie dream girls haunting the American metal landscape right now, Sylvaine sings but also screams from the very depths. There is absolutely no one in the metal game right now who can match her vocal range, which traverses from the elvish sounds of Enya and Lisa Gerard to the black metal Ericthro screeches of her kvlt counterparts of the land of ice and snow.

Although orchestral and incredibly composed, Sylvaine does not shy away from admitting her songs always start bare bones—almost all of her compositions begin with an unplugged electric guitar. “A melody and a chord progression should be able to stand on its own without any effects whatsoever. The song will go on to manifest itself in different ways but that main guitar part has to be solid enough to emotionally work just by itself, “ she says.

But to this lover of Verlaine and the French Romantic poets (as well as a diehard Type O Negative fan), the written word is still paramount to her heart. After all, she explains, “Music is an attempt to avoid the words we can’t always express in life.” 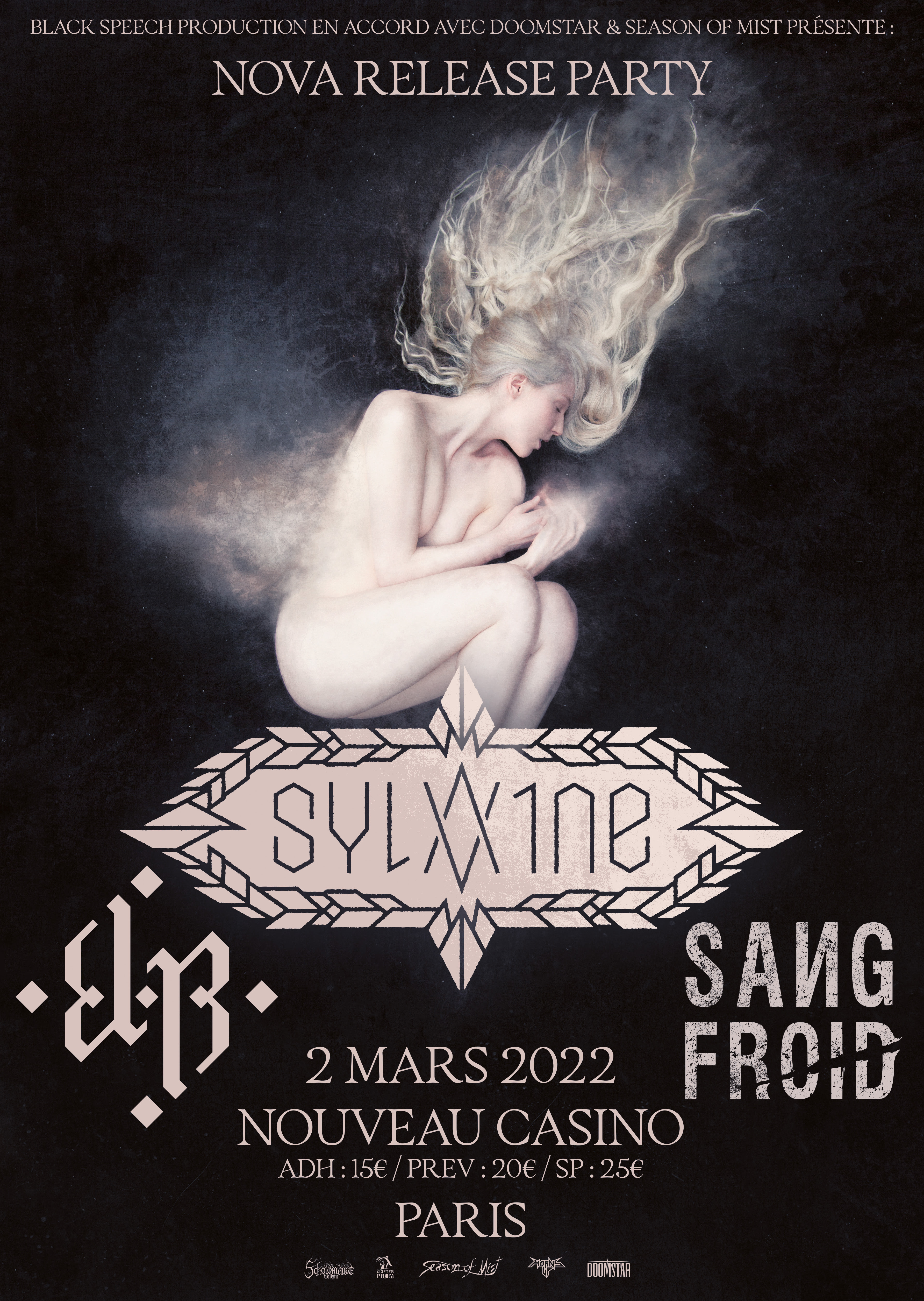 Check out the new official music video for the “Mono No Aware”, below: