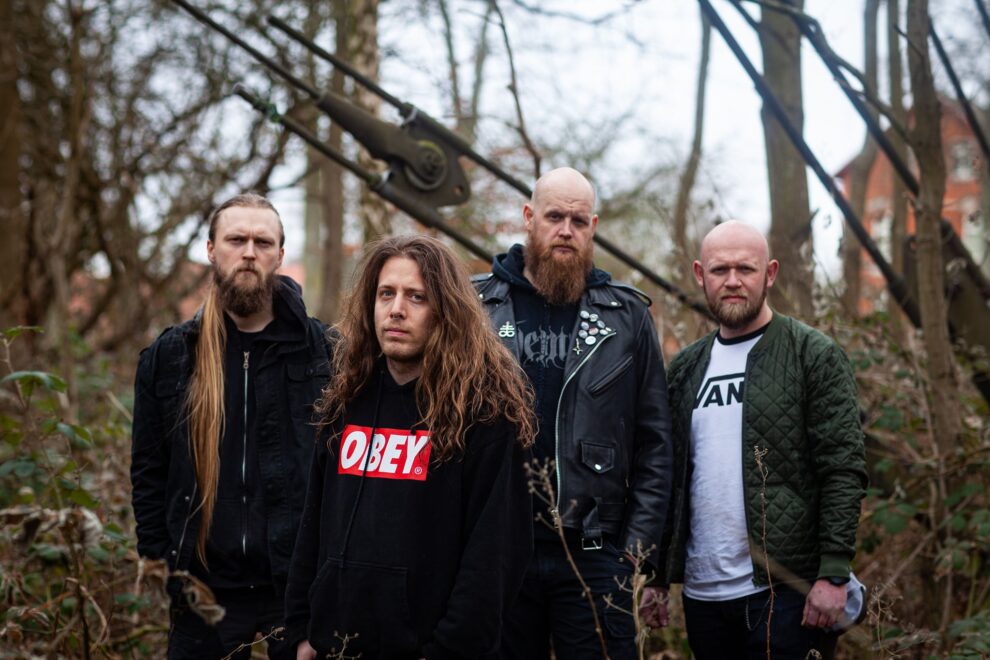 This song is one epic/enchanting, folk/melo-death divine deity of melodies and glorious sounds. It starts with some melodic peaceful music and then continuing – with the explosion of greatly arranged sounds and riffs. It is fast, melodic and divine, complex in each part of it – creating this unique and specific experiences of greatly arranged melodic sounds, that stays in the back of the mind.

In the 6 minutes of it’s duration. It has that slow part tempos and then that fast, furious tempos – followed by Pagan Ortodox vibe, making the atmosphere in the video like it is a battlefield. Classical war song – that has both the folk, but symphonic music moments, followed by some crushing and fast riffs. All of this presents this complex song, as a unique music form, for sure the complexity of it is the most fun part of it as well. Indicting that through-out its duration, it can be heard that it has many musical influences, that present this complexity at the higher level, but at the same time it is cheerful and fun. The fans of the band and the listeners will enjoy listening to it and have fun at the same time. And that is the effect that the good song needs to leave on the listeners. The guys did their job very good.

The technical part is just flawless, there is no need to point this out – from every second of it, every melody in it. This guys work as one being – that is the most interesting thing about the band. They are organized, prices in their way of playing music, every tone is coordinated at the right direction. The song itself has it all – that one excellent song needs to have. Vocals arrangements are done great with the rest of the song, growls are strong and raw – as the growls are suppose to be, not weak – without a technique, which obviously this guys don’t have a problem with it either, that is another great thing about them.

Regarding the influences, there are basically Wintesun and Kalmah influences all over the place, wisely and cleverly arranged and adapted to their original sound and the way of playing. Which proves that they are quite a good musicians, because the mentioned two bands are masters of their genres. The fans of melo-death will just enjoy this one and it’s magnificent sounds.

Feel the power of melo-death/folk divinity in its best form.

Check out the premiere for the official music video for the “Ashes And Snow”, here: