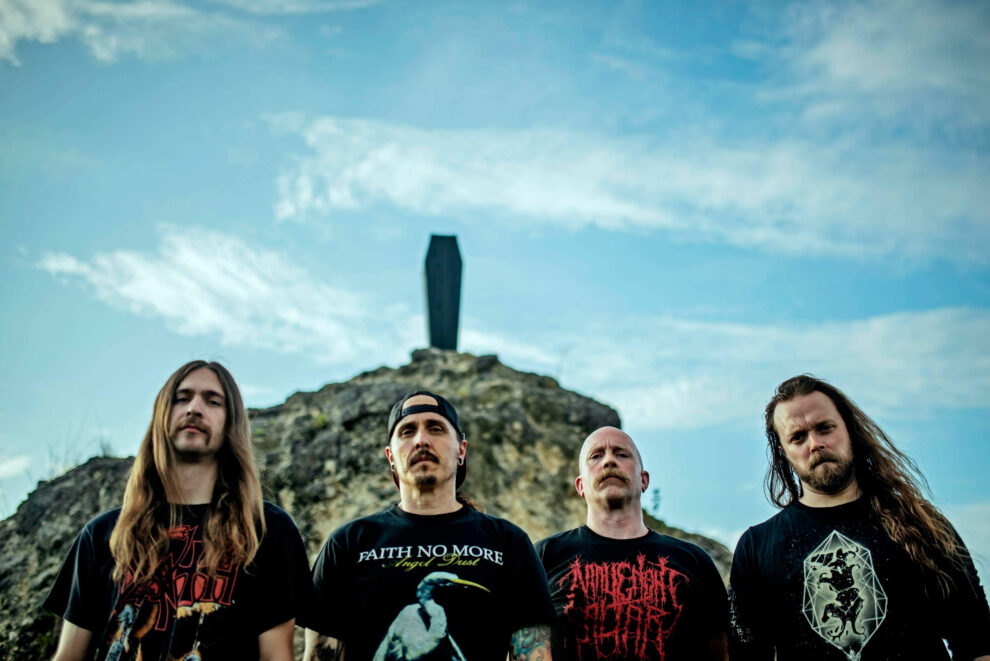 The Tampa, Florida-based melodic death metal group The Absence – whose acclaimed 2018 comeback album, “A Gift For The Obsessed,”  have finished recording their as-yet-untitled sophomore effort for M-Theory Audio, which is tentatively set for an early 2021 release.

The new record  was recorded like  “A Gift For The Obsessed” and produced by drummer Jeramie Kling and guitarist Taylor Nordberg at their own Smoke & Mirrors Productions in suburban Tampa, and is currently being mixed at Sweden’s legendary Fascination Street Studios (Dimmu Borgir, Arch Enemy, Kreator) by Ricardo Borges. Additional information about the release will be revealed in the coming weeks.

Bassist Mike Leon states this about the new upcoming record:

“This record has a lot of my favorite music that the band has ever created, and it has pushed the boundaries of what I thought was possible for us beyond my wildest dreams. The fact that the gentlemen at Fascination Street Studios in Sweden have lent their masterful ears and knobs for the mixing and mastering process just furthers the excitement! It is my firm belief that this is truly The Absence in its strongest, most exciting form, and we can’t wait to share this monster that we’ve created!”

The Absence came onto the scene in 2005 with their crushing, Erik Rutan-produced Metal Blade  Records debut, “From Your Grave.” The album and its two follow-ups, 2007’s “Riders of the Plague” and 2010’s “Enemy Unbound,” showcased a perfect mixture of heart-wrenching melodies and skull-pounding aggression that earned the group a well-deserved reputation as one of the premiere bands of the melodic death metal movement. Numerous tours followed alongside some of the biggest names in metal, including Cannibal Corpse, The Black Dahlia Murder, Amon Amarth, Sabaton, Goatwhore, Malevolent Creation, Kataklysm and Destruction.

Following a lengthy hiatus, the band regrouped in 2016 with a new lineup uniting founding members Kling and Jamie Stewart (vocals) with Nordberg and longtime bassist Leon – first for the self-released digital single “Septic Testament,” and then for “A Gift for The Obsessed.” That album – which was mixed by David Castillo at Sweden’s Ghost Ward Studio (Katatonia, Opeth) and mastered by Thomas “Plec” Johansson at The Panic Room (Watain, Scar Symmetry) – was supported by national tours with Deicide, Origin, Jungle Rot, Exmortus and Hatchet. A cassette/digital EP release, “Walking Shadows,” followed in 2019.

The Absence is also well-known in metal circles due to their members’ other musical outlets. Drummer Kling also performs with Venom Inc. and Massacre, Vocalist Stewart also performs with the death thrash stalwarts, Hot Graves, bassist Leon tours and records with Soulfly and Cavalera Conspiracy and guitarist Nordberg sits alongside Kling in Massacre on guitar duties.