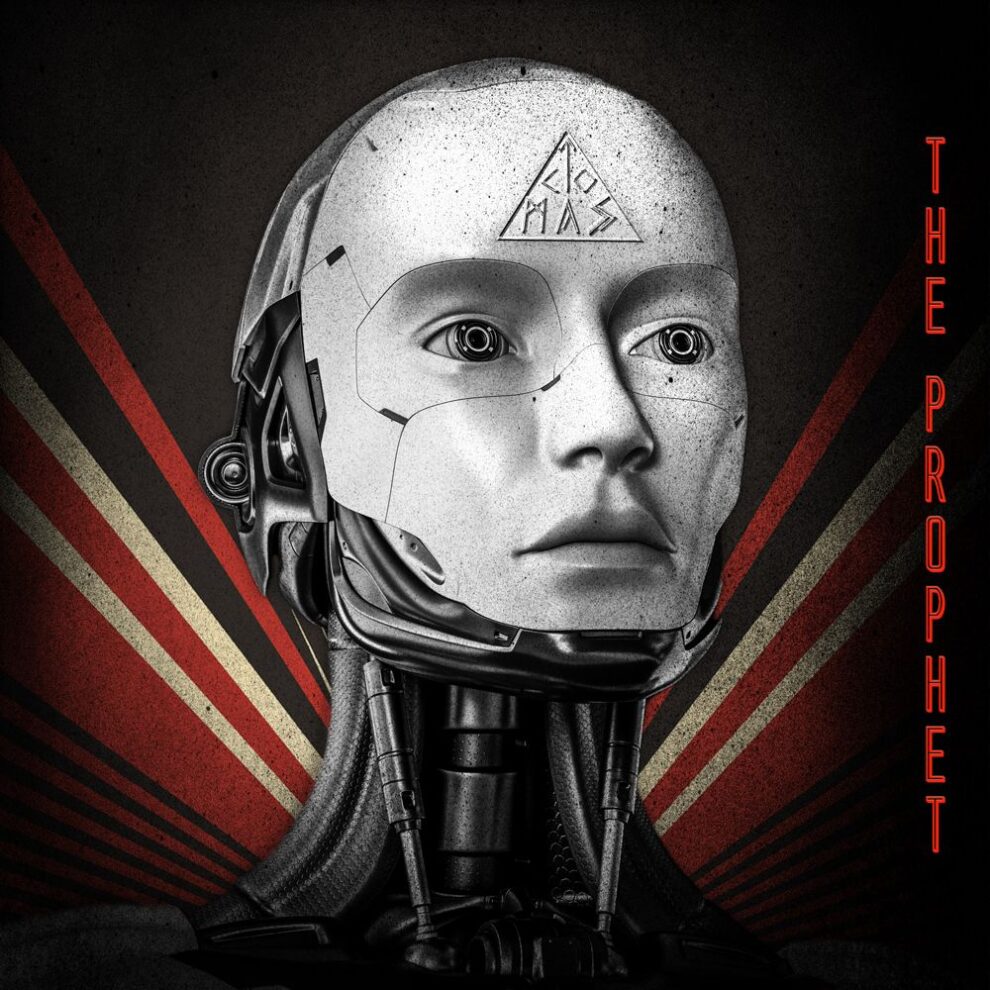 British poetic/alternative and progressive storytelling lords The Chronicles of Manimal and Samara (TCOMAS) premieres a new song ”The Prophet” and the official music video will be released on  2st December. This song is taken from the new official upcoming record ”Trust No Leaders”, which will be released in 2022.

This is the most progressive song of the duo. It has this incredible riff foundation, coordinated and balanced structure of melodies and sounds. Every passage is done so smoothly, tactically in a precise and clever way. This are the trades that make this perfect song even more prefect that it is – followed by even more unique, honest and straight forward song, by storytelling masters. The song starts with this doomsday intro, apocalyptic, very dark and sinister – like the story itself. Daphne once again proved that she dominates – with her presence and awesome narrative skills in every song – that they made. This is the case with this one, but she shows her feminine strong side in this one. The narration has that strong tone – with the power in her voice – that adds more quality to the song. Andrea did a fantastic thing with the bass guitar passage and other ones as well, the whole song is unpredictable – you never now what you are going to hear in the next passage and it doesn’t have ten minute duration, it is a three minute song, that has all of the complexity and versatility in it, subjectively it sounds like it is a ten minute song. Arrangements are done in a great way – with all of the sounds, melodies and vocals – mixed in this very creative and special way and the production is also very good, not to preproduced but it points out the best of the song. And the duo did once again a fantastic job with the technical side of the song. Every fan and listener, new fans or listeners will not only hear just music, they put emotions to the song, a spirit of the characters and stories. Basically this is the music for the people that enjoy something unique and appreciate high form of art and this kind of audience will like this song, as the rest of their high quality work.

We all saw movies like ”Metropolis” from 1927, ”Robocop”, ”Transformers”, ”Terminator” and many more. Did we ever see that the robots serve us? Apparently not, they want to be free beings, as we want to be.

The story of the song is the most controversial one ever, it is about robots and AI. We can all talk about negative and positive sides of robots, but facts are facts. Todays society created this advanced technology to create some sort of life form that is not human.  Artificial Intelligence technologies in general can help us be advanced, but it can not helps us to be better human beings. And in some aspects robots and AI are making us less humans, forgetting our own nature, emotions and basically existence as a human beings. ”The Prophet” in this song has a role of the female robot – that is not so sweet and nice like Sophia – that has been a sensation through resent years on all global networks and television – it is not even human nor Antichrist, she is just a robot with destructive algorithm and super intelligence, also mind set of her own, she is also against humans who are her masters. She is not satisfied either in this story, also she wants to control humans and to be free.  And to show her power and domination as higher artificial being to humans.

This is the proof that robots aren’t here to serve us, but for them selves. This is also a story that presents new leader and leaders, of course those are robots in this new world, when old leaders die.  The duo pays a tribute in this song to Sylvia Plath’s poem ‘‘Lady Lazarus”, a biblical character that was resurrected by Jesus and the idea to be a robot is the most realistic one there is, since robots are already here. The whole point is that technology didn’t make us more humans, it made us less humans.

We lost emotions, empathy for each other, understating of our environment– for other beings around us, we lost love, kindness, compassion, enthusiasm and all of other human trades, as well – becoming shells of our own within . We also became more disconnected from our self’s, like we live in that body – but the soul and mind is dead or just completely anesthetized. AI technology is created for better use to help us understand ourselves, to protect and nurture human consciousness – help us in our existence, to understand and survive as species, but there is a problem -humans don’t know how to behave with each other, especially with robots and to value what they have. And also some small group of people who rule this world, will take advantage of the AI technology and it’s original purpose.

Will they listen to their masters or just create a world like we did? Their own world – where we will be animals, for the testing and other stuff that humans do to other beings around us. Robots are nothing more that the database of complex structured algorithms and patterns – if we change ourselves and our perspective towards our life and environment – robots can do good in creating healthy planet to live on. It can not be certain if they will listen, because they are more advance than humans on more higher intellectual level as a new artificial species.

When we created the robots, we put aside the main human structure in it – that robots don’t have, we put all of our negative and bad sides as human beings into them. That will be the end of civilization – a lack of emotional consciousness, even if you are a human or robot -it will destroy the world to the core. And robots will be the faster way to end our existence, since they don’t have emotional consciousness of their own, just the bad sides of human consciousness.

All of this is very well explained by the duo, portraying once again with the progressive divinity of metal/rock power – true rebellious, liberating and open minded song, as well as the story like it is. Take care of yourself, no robot or machine is able to do that for you, you will live in your own mind as a prisoner – don’t let that happen, awake your  consciousness, be free and remembered what true human freedom is.

Except humanity, be careful of the AI knowledge – set yourself free by the divine prog metal/rock sounds. 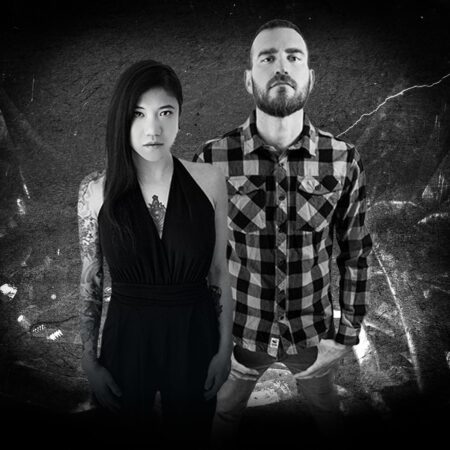 ”The events of the recent years have made us realize the vulnerability of human life and the fragility of society. Furthermore, the age of the advancement of new technologies is increasingly redefining what it means to be human.

A tribute to Sylvia Plath’s poem, ”Lady Lazarus”, “The Prophet” is told through the eyes of an advanced A.I robot who is “resurrected” like the biblical Lazarus, but this time with a destructive super-intelligence, wreaking havoc upon her human creators. “The Prophet” petitions for the ethical use of Artificial Intelligence technologies in order to protect human consciousness and our existence as a species. The song is an ominous reminder that if we are not careful, we might find ourselves with a technology that destroys the civilization that invented it.”

Since their inception at the start of 2020, Tcomas have managed to establish themselves as a formidable collaborative. To date, the duo have successfully produced seven very well-received music videos and singles, as well as unveiling their debut album, ”Full Spectrum”. The band’s sixth single, Love in the Time of Pestilence, also graced many playlists including Spotify official playlist: Progressive Metal and The oTHERS.

Check out the official premiere of the new song ”The Prophet”, below: