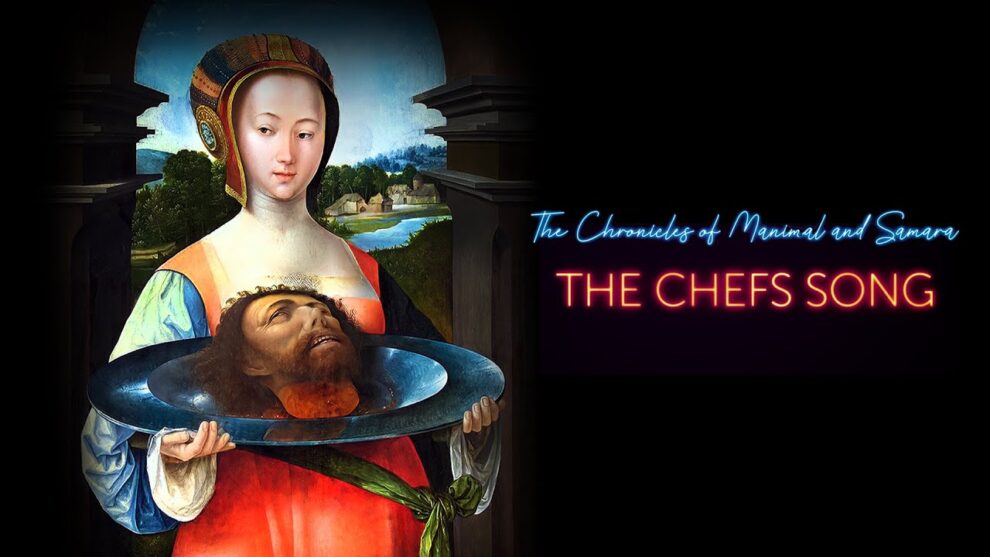 British poetic/alternative and progressive storytelling lords The Chronicles of Manimal and Samara (TCOMAS) premieres the music video for “The Chefs Song”, taken from the upcoming record ”Trust No Leaders”, which will be released on July 1st. 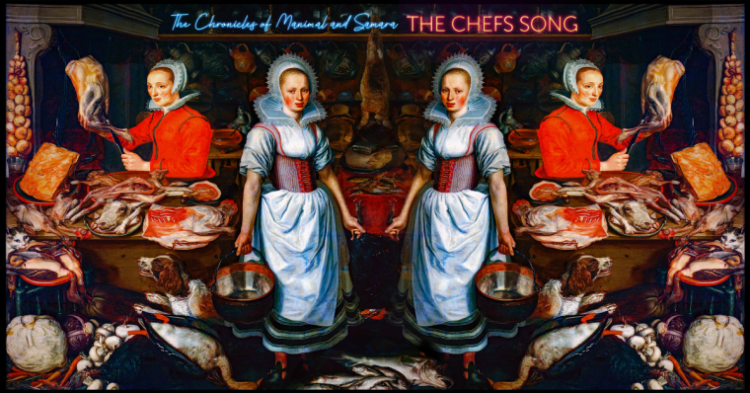 Here it is the very creative video, once again perfectly done by duo. And of course is it greatly adapted to the technical side of the song, that is strongly influenced this time by thrash metal, also it is different from their previous song, as something refreshing and good – that goes with the powerful spirit and story of the song. The whole song is cleverly structured song in technical and production terms and that means that Daphne and Andrea  complete each other – with their own personal synchronization. And that Daphne’s vision goes perfectly – with Andrea’s production and technical skills, as well as the same idea towards the concept of their art and music. Crushing fast riffs are adapted in the smooth and outstanding  way, not only – with the song, but with the video, as well – which is the perfect example of the mighty conceptual art vision, that shows the whole picture of the story both in special aural and visual way. Daphne’s satirical narration, follows in a great way the images in the video, as well as Andrea’s growls and he’s growls followed the atmosphere and tempo of the video perfectly, as well. Homework done well by this two. And the whole scene both aural and visual shows the unjustness that is here for centuries, wrapped around working class and poor people by the elite that runs this world.

From the start the video has this fast tempo, it is created with this raging emotions. Since this two always put the life in their characters and in their stories – with such vast of emotions, their own personal views. This is the case with this song, showing how working class – in this case the chefs and their assistants, hospitality department – suffer from the disrespectful behavior towards them, like their aren’t humans at all – with their rights or to say something in their defense. These two constantly are showing the truth in many forms through their art and in their music. In this one the duo is showing the slavery system that has been implemented in todays society – where we are told to accept any king of abuse, disrespect or any kind of bad behavior as normal. That it is normal that some people live in slavery. And also are showing the suffering and abuse by modern day slavery. Where you work for hours – without good payment, don’t having a proper break at work, not going on vacation properly or not having a break at all, also working your whole life – so when you retire, you practically didn’t even lived, as one human being and enjoyed life with all of the human dignity to it. And of course there are the ones who are privileged, the ones that complain.  This is the elite, where there are no morals, no empathy, nothing towards living things nor anyone. In the video this is shown preciously in every second of it, be careful to not become dinner. This symbolic tells that no one can do what they want and that – they will always face consequences, doing the things that are bad and despicable.

The message is to have an empathy towards each other, to care, to be rational and to enjoy what we have – just small things that we can learn from so much. And with this tribute for the working class, duo presented the main problem of society – that doesn’t mention this things, but considers them normal. Where it is normal that you humiliate and abuse another human being, being shallow, stupid and weak. That is certainly unacceptable and that is the main message of the story – to fight for the freedom and to believe in better cause – to go back to the good life values. Since we are all equal in this world and when we die – we are all the same. No one is privileged in death. That is the main point of the song, the criticism of corrupted slavery system – that takes away human freedom and dignity.

Images from the video are cleverly and greatly adapted to the whole artistic experience of the song. The best part are the images of paintings completely showing the story to the core. And of course the comic’s moment’s as well  – after the previous mentioned part. It is adapted to the satirical approach in awesome way – that created the high form of progressivity and art form in the video. Where both aural and visual segments show one powerful and unique mastery – of truly divine and outstanding art forms on the highest progressive level. This video and the song are done masterfully, presenting the most unique presentation of  conceptual art – wrapped in the fast and ruthless sounds of mighty metal/rock guitar. It is the special experience of progressive mental ride – with the deepness in it – that awakes consciousness and set’s your mind free – in the most liberating way.

Choice the path of freedom, followed by progressive sounds and art forms of liberation. 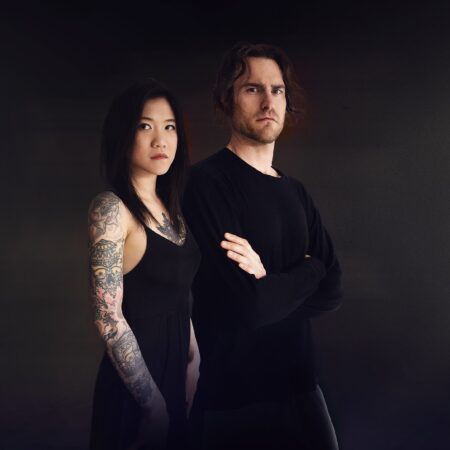 “The song is a satirical vaudeville that dramatizes the pressures of working in a busy kitchen in order to shed light on the urgency of the issue of inhospitable and exploitative working conditions in the hospitality sector. What the theatrical comedy of the song belies  is a sinister truth, a tragedy that plagues our modern societies — the prevalence of modern slavery in the 21st century.

According to a study by the Human Trafficking  Foundation (2018):

More than 1 in 10 people who work in hospitality in the world are reported to be working under modern slavery conditions.

For far too long, this has remained hidden from the public eye — behind the closed doors of some kitchens, hotels, and restaurants.”

Check out the premiere of the music video for ”The Chefs Song” , below:

Tysondog premieres the lyric video for “It Lives”, follow your inner darkness and find out where it lives in traditional heavy metal vibe!
Maraton releases music video for ”Perdurant Lives”!