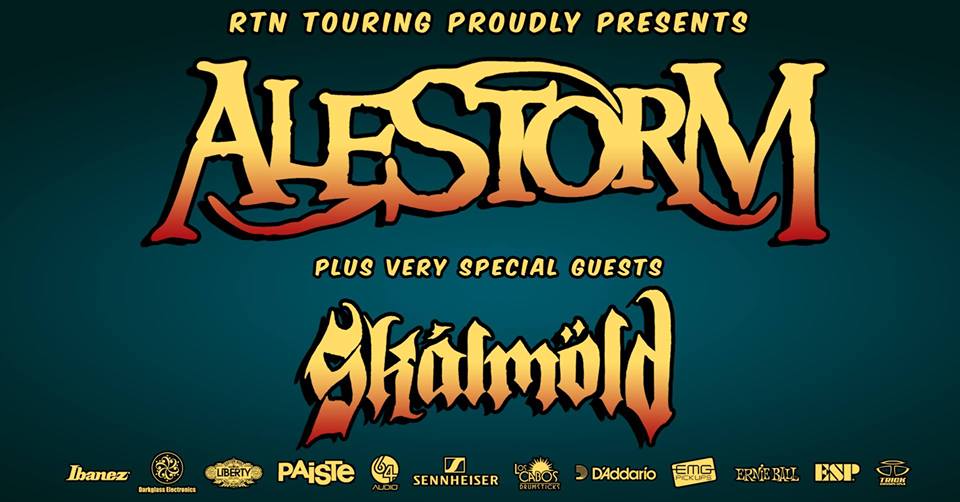 Scotish pirate and Icelandic viking metal gods Alestorm and Skálmöld are united together to make a party of the year, with some earthquakes coming from their music at Dom Omladine in Belgrade as a part of their ”Skalstorm” European tour on November 28th. 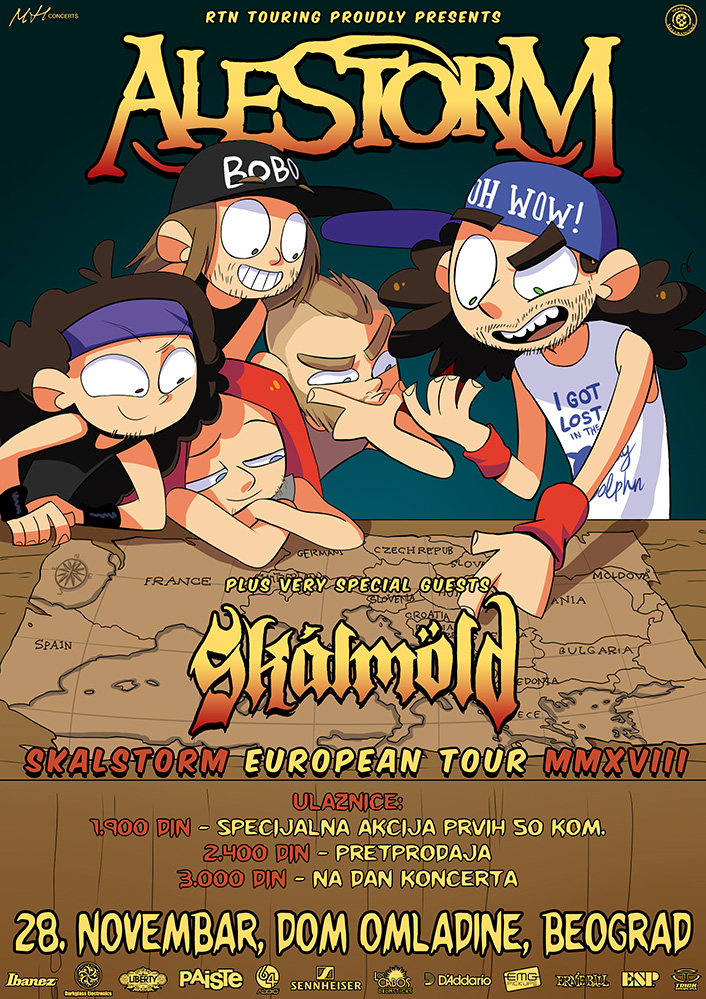 Check out the official schedule, here:

Alestorm shot the music video for the called “Alestorm” in Belgrade, and the reactions of the fans were priceless, both sides had a good time, The music video recordings took place at Belgrade’s club Fest and the production was done by Serbian company called iCode. This band was formed in 2004 in Perth. Since then their folk pirate music, made fans drunk of their music, they are now signed to Napalm Records and they recorded a latest release “No Grave but the Sea” at this label. The band played at many festivals and with many bands like Sabaton, Kamelot, Epica, Fintroll and Eluveite, and they are going to make a storm in Serbia, so don’t miss this show, it will be an amazing show and party for all.

Icelandic viking warriors Skálmöld are going to be a special guest for the show in Belgrade. This amazing band present’s their lyrics in Icelandic language only, they are also label mates of the Alestorm and they will promote their latest release “Sorgir”, they are famous for the amazing live performance, they performed with Iceland’s Symphony Orchestra and they sold out all of the three shows in Iceland’s largest concert hall Harpa in Iceland. The band was formed in 2009. Their music can be described as battle metal, a potion of epic viking metal, old school death and thrash metal, all presented with Icelandic heritage influences.

The tickets for the concert at a price of  for the first 50 tickets were 1900 dinars, at pre-sale is 2,400 dinars, while on the day of the concert it will cost 3,000 dinars in the organization of the MH Concerts and Serbian Hellbangers. Tickets can be bought at  Gigstix and Eventim services, and at the music store Mungos in Novi Sad.

Check out the music video for the song called “Alestorm” of the band Alestorm, that was made in Belgrade here, enjoy it:

Check out the official lyric video for the song called “Móri” here, enjoy it: