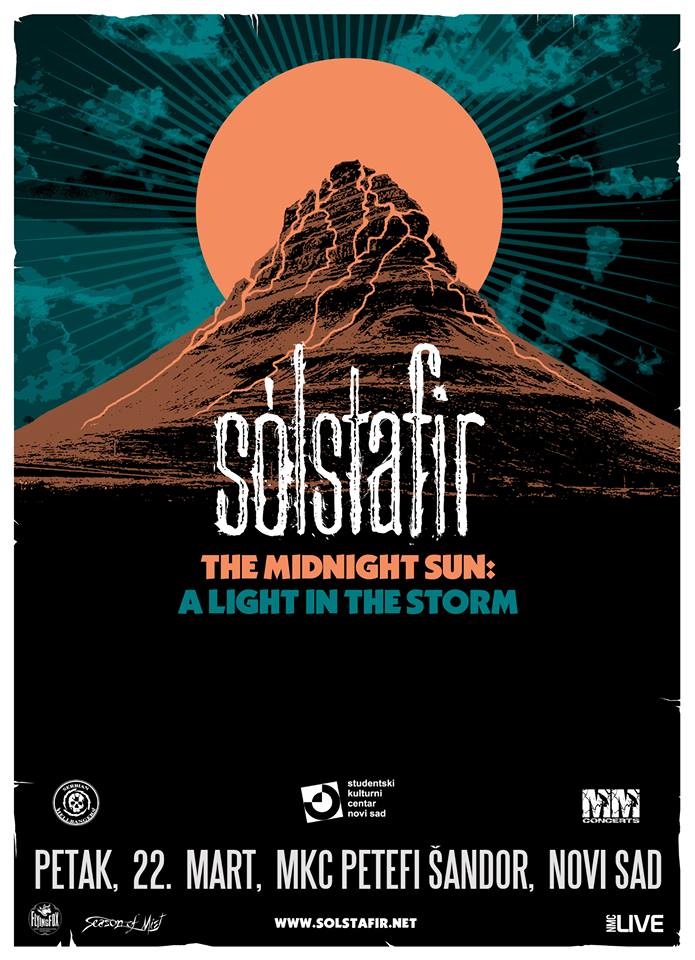 Sólstafir will held a concert at Novi Sad on March 22th as a part of the Midnight Sun: a Light in the Storm tour 2019. The previous location for the show was Novosadski Sajam and the current location by the announcement of the organization of the Serbian Hellbangersand MM Concerts is MKC Petefi Šandor , also at Novi Sad!

Here is the official schedule for the concert:

Statement of the organization MM concerts about the new location:

”Since the band has prepared a special set for this occasion, which includes the performance with classic acoustic instruments, the concert will be held in the unique space of MKC Petefi Sandor, which has the retro spirit that will be perfectly combined to this post-rock attraction “.

The tickets that audience bought can be used for this show, they don’t need to buy a new ones.

Sale venues were you can buy the tickets are Mungos in Novi Sad, as well as the Eventim / Gistix venue in the organization of the MM Concerts and Serbian Hellbangers.

Here is something about the band for those, that will heard them for the first time:

Their breakthrough on the international music scene takes place in 2009, after the release of the album ”Kold” which set them to be promoted in one of the famous metal magazines all around the world, as well as the radio stations and TV stations all over the world.

They were formed in 1995 as a black metal project, and after a while, they decided to change the music direction and to play different genre of music and that is a mix of post rock and metal.

The latest release called ”Berdreyminn”, was released in 2017 via Season of Mist Records, it had excellent reactions all over the world, and the band played the release in Serbia, and the Serbian fans reacted positively when they heard it.

Check out the official announcement for the concert here, enjoy it: