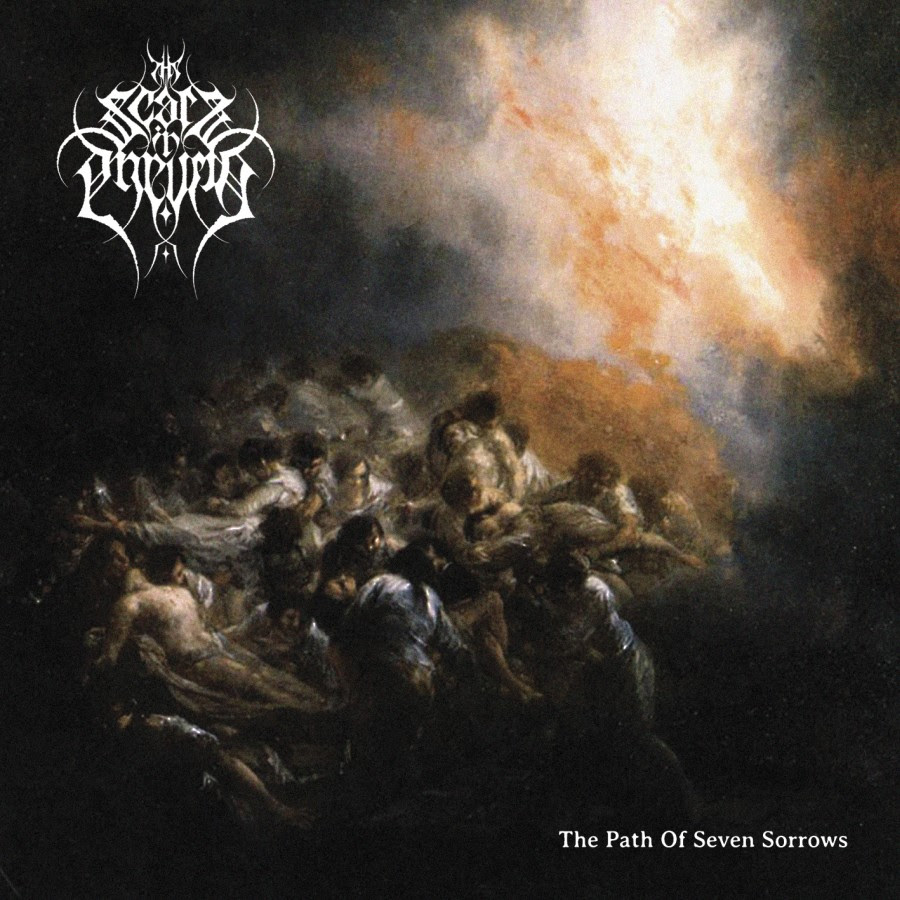 The Scars of Pneuma premieres and streams the full release “The Path Of Seven Sorrows which will be released on February 8th 2019 via Promethean Fire / Kolony Records!

“The Path Of Seven Sorrows” is a mix of different styles / influences. It’s mainly melodic black metal stuff, but it also combines death metal and melodic doom elements. It’s sometimes melodic, sometimes epic and often very dark and gloomy. Lyrics talk about themes such the futility of our efforts in life, the regrets we have, the revenge against those who hurt us, the beloved ones we lost, etc. Lyrics may sound very pessimistic at a first glance, but there’s some light if you read them carefully.

Trough out the whole release, you will take a journey of pure black metal madness and destruction, with some amazing riffs and atmospheric music and melodic influences it will give you the beauty of the darkness in it’s true form. With amazing screams and clean vocals, the band showed the full story of the release, the emotion and the energy, wanting there listeners to experience it all, the whole package of good music, atmosphere, vocals and lyrics. The band showed with this album the true forms of darkness, and they did the great job, presenting their views about it, like a force of destruction as they are.

The album was mainly written in 2017. It was recorded at Elfo Studio in Tavernago (Pc), Italy and mixed / mastered at Goblin Studio in Piacenza, Italy by Daniele Mandelli, from June to September 2018. I chose to work with Daniele since we know each other for almost twenty years, and we used to work together on different projects in the past. His amazing work was definitely an added value on this album.

The album is made-up of seven songs, each one representing one song sorrowful theme (from here the title “The Path Of Seven Sorrows”). Most of them refer to personal experiences in my life or to personal feelings.

I really hope people will give this album a chance. Every note, every lyrics on “The Path Of Seven Sorrows” come from the deepest of my soul and I’m pretty sure listeners will be able to feel this.

The Scars In Pneuma initially started as a solo project of Lorenzo Marchello (vocals / guitars / bass) in the beginning of 2017, and it turned to a band when trusted musicians Francesco Lupi (guitars) and Daniele Valseriati (drums) joined the ranks later during the same year.

Musically, The Scars In Pneuma provides it’s own particular black metal style, which can be defined as a mix of black metal, death metal with melodic riffing and epic passages, with a touch of doomy mood. Some bands that can be cited as inspiration are Dissection, Mgła, Be’lakor, Rotting Christ, Forgotten Tomb, Blut Aus Nord, Emperor.

Lyrically,   The Scars In Pneuma is all about themes such as dealing with your own demons, life’s biggest regrets, the passing of time, the beloved people we lost.

Bandcamp of the second label: kolonyrecords.bandcamp.com

Check out the full premiere and the stream for the release called “The Path Of Seven Sorrows” here, enjoy it:

Lesoir will perform as a support act for the Riverside show in Belgrade!
Allegaeon reveals details for new upcoming release called ”Apoptosis”!