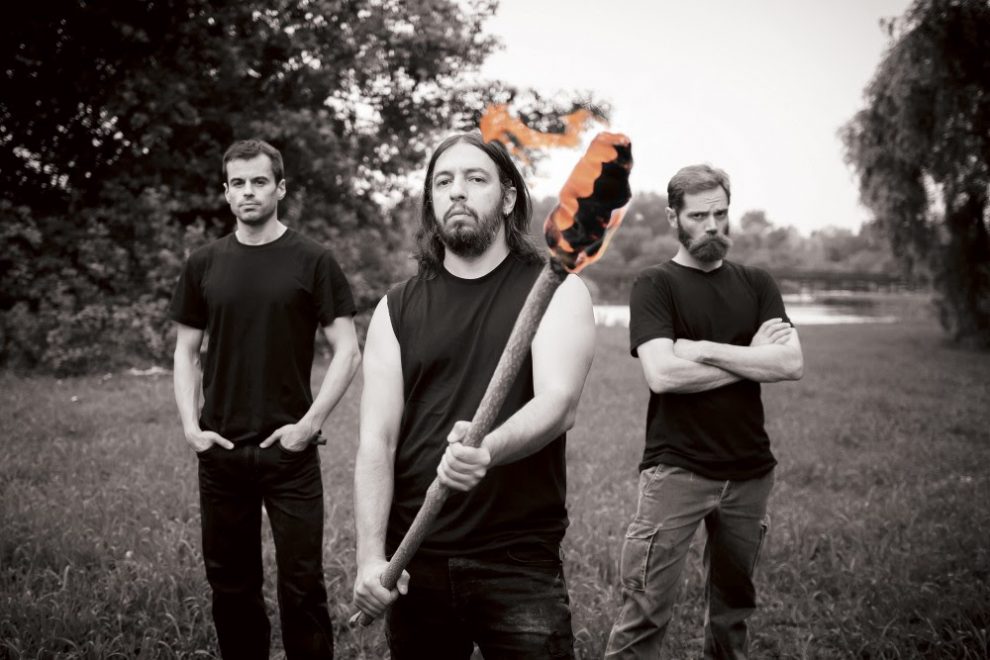 The Scars In Pneuma premieres a crushing new song called ”The Glorious Empire Of Sand”, with the power of the sand, they bring black metal to a whole new level with, a true black metal dynamic, and classical sound to it. The song is taken from the upcoming debut release “The Path Of Seven Sorrows” which will be released  on February 8th 2019 via Promethean Fire / Kolony Records.

The Scars in Pheuma (“The Scars in the Soul” – from “πνεύμα”, ancient Greek word for “breath”, “breath of life” and, in a religious context, for “spirit”, “soul”) recorded “The Path Of Seven Sorrows” at Elfo Studio in Tavernago (PC), Italy; mixing and mastering took place at Goblin Studio in Piacenza, Italy, with Daniele Mandelli at the helm.

The striking cover artwork is “The Fire at Night” painting by Francisco Goya(1794).

The Scars In Pneuma initially started as a solo project of Lorenzo Marchello (vocals / guitars / bass) in the beginning of 2017, and it turned to a band when trusted musicians Francesco Lupi (guitars) and Daniele Valseriati (drums) joined the ranks later during the same year.

Musically,  The Scars In Pneuma provides it’s own particular black metal style, which can be defined as a mix of black metal, death metal with melodic riffing and epic passages, with a touch of doomy mood. Some bands that can be cited as inspiration are Dissection, Mgła, Be’lakor, Rotting Christ, Forgotten Tomb, Blut Aus Nord, Emperor.

Lyrically,   The Scars In Pneuma is all about themes such as dealing with your own demons, life’s biggest regrets, the passing of time, the beloved people we lost.

Statement of the Guitarist and Vocalist Lorenzo Marchello about the new song:

“The Glorious Empire Of Sand” is probably the song i’m most proud of off our upcoming debut “The Path Of Seven Sorrows”. It’s also the longest track of the album and it showcases different styles, including epic / melodic mid-tempo riffs, pure black metal attacks and clean guitars sections. This makes the whole song sound multiform when it comes to the mood. Lyrics talk about the futility and frailty of our efforts in life (which is a recurring theme on the whole album’s lyrics), but here this topic is explored with an epic perspective by referring to the ancient empires which, sooner or later, have fallen (“sand” in the title is a metaphor for frailty, for something which won’t last). And, despite knowing where the journey leads, we still struggle in order to build our “glorious empire of sand”.

Bandcamp of the second label: kolonyrecords.bandcamp.com

Check out the song “Spark To Fire To Sun” here, enjoy it:

Check out the premiere and the stream for the song “The Glorious Empire Of Sand” here, enjoy it:

Sorcerer announces line-up change and working on a new upcoming release!
Downfall Of Gaia releases video for new song ”We Pursue The Serpent Of Time”!