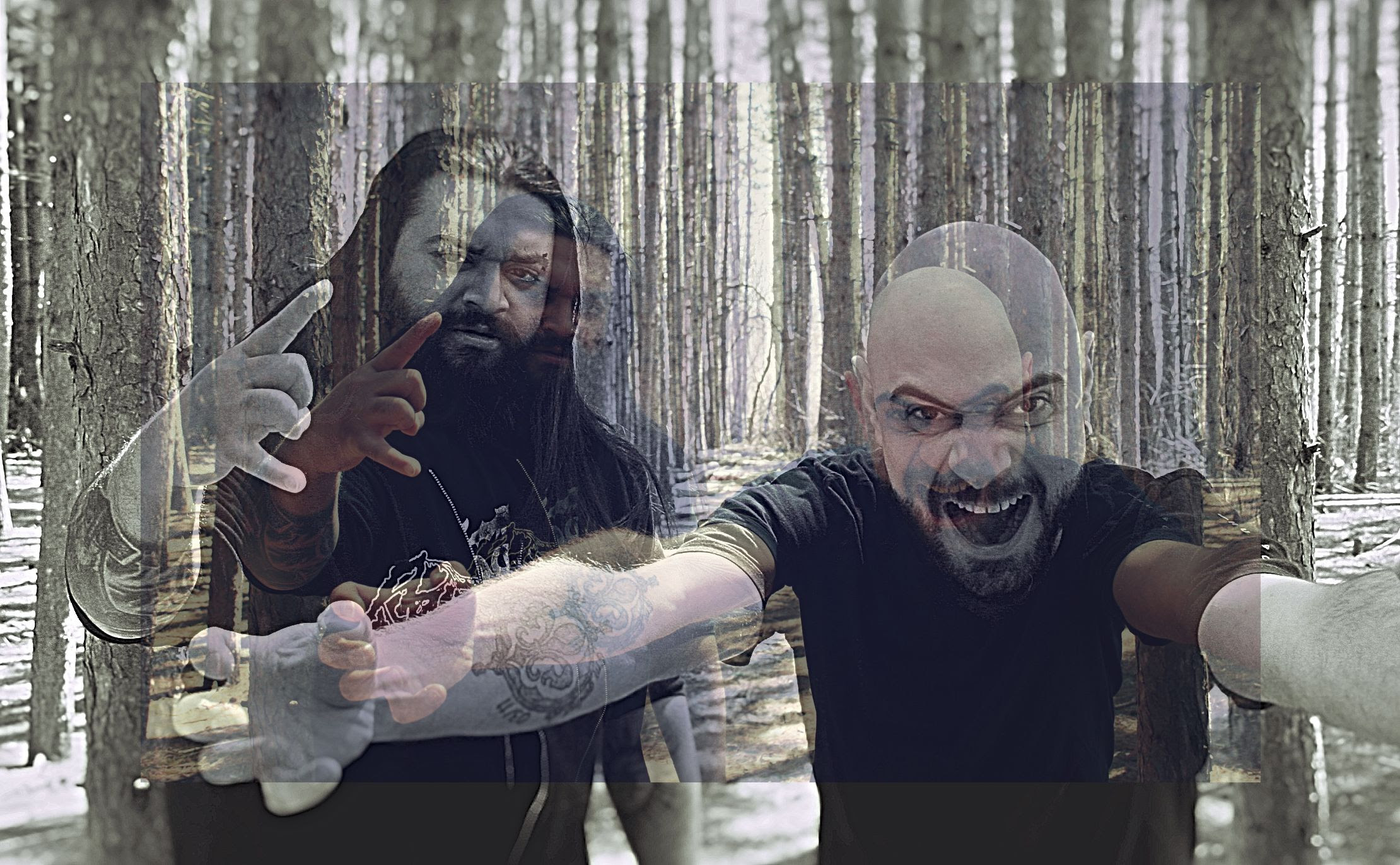 The brainchild of Danny Alessandro (guitars/vocals) and John Massey (guitars/vocals), Toronto death metal duo Deity has been a long time coming. Friends for the last twenty years, the duo formed fifteen years ago and have always been the core of the band. Both have been working on other projects, but always felt the need to finally go in studio and finish an album. Tired of working on metal that wasn’t true to them, the two completed a release, that was out in June 2th.

Teaming up with TheSludgelord, the duo premieres the full stream for the debut that features eight brutal assaults with session drums done by Flo Mounier (Cryptopsy) and session bass by Flo Ravet (ex-Nephelium). Mixing and mastering for the album was done by Chris Donaldson (Cryptopsy, The Agonist) and produced by Danny Alessandro with Joey Virgilio.

“This album has been a long time in the making and we are very proud of what we’ve created. From start to finish we want to take the listener on a journey of different emotions and feeling. As fans of metal we wanted to create something the listener could play over several times without losing interest. Something with a timeless feeling, and we feel like we’ve achieved this. Chaotic, aggressive and melodic are the best words to describe this self titled release.  We hope the metal community digs the album cheers!!!” comments Danny Alessandro.

With the completion of DEITY‘s debut self-titled album, the extreme duo, Danny and John are looking forward to taking their sound to live stages in Toronto, Montreal and beyond. Watch this pair, because DEITY are a band that deserve to break out of the studio into the live arena!

Fueled By Fear Release Homevideo For “Bloodline”!
Mist Of Misery unveils the cover for their new upcoming EP ”Shackles of life”, and teaser, the first one for the EP!