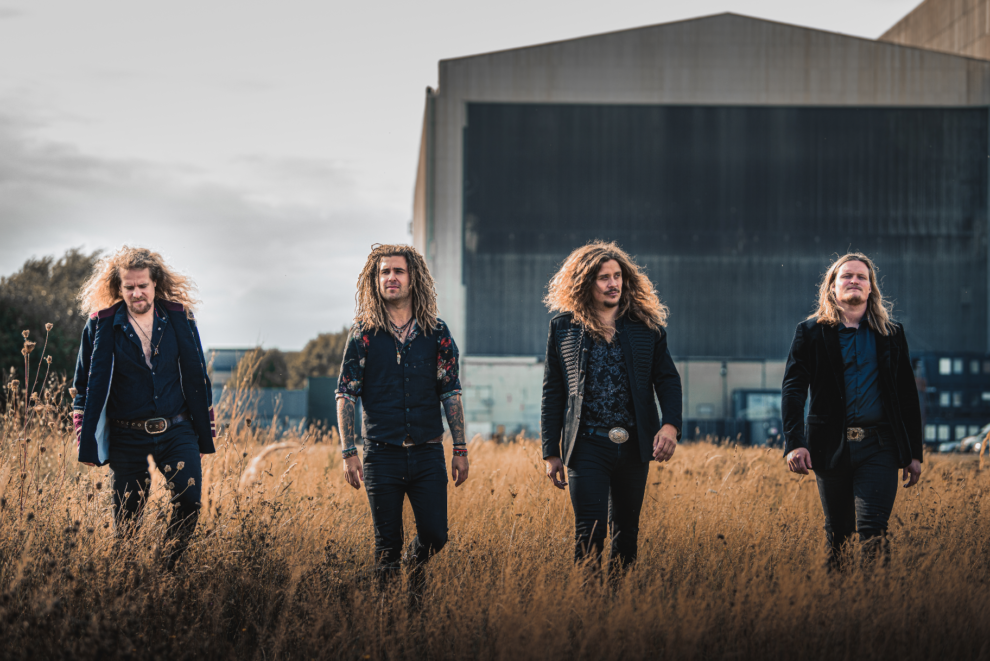 Danish heavy rock/metal lords Timechild premieres the new official music video for the “And Yet It Moves”, taken from the official  debut upcoming record with the same title – which will be released in October, via Mighty Music Records.

Starting with enchanting progressive/groove sounds, this song promises a hell of a fun for it’s listeners. Followed by great drum coordination, singing twin guitars that added the epic way to it  and the 80’s vibe to song and of course authentic strong vocals by Anders Folden Brink, made this song a progressive overload of excellent rhythmical sections, accompanied by some outstanding sounds and amazing virtuoso solos.

It has the influences from Black Sabbath, Deep Purple and a little bit of Led Zeppelin. This song is the ultimate 80’s heavy metal song, but the difference between the 80’s music then and now, is that todays songs have a better production to it, which is the case with this song – surely it presents the whole 80’s vibe in a totally different and unique way, reviving the spirit of it and improving it – with the modern day approach. And that is succeeded  in this song, very well. The influence’s are adapted in the great way – with the bands original music, which shows all of the quality and virtuosity of the band.

The lyrics talk about the Galileo Galilei, the very known story about – his thoughts about the Earth globe’s that moves around the Sun, not being flat, of course. The band also got inspired by the events of flat earthers in 21’s century, it’s a great critic of the non argument opinion of todays flat earthers. It can be heard in the chorus the “And Yet it Moves” line of Gallileo. The band presented the story in the catchy way, of course with their quality approach added the true spirit to the whole story. And honored the Galileo in a special way – which the listeners will like the most.

Followed the path of science and logical mindset – through the heavy metal power.

Check out the premiere for the official music video for the “And Yet It Moves”, here:

Krigere Wolf premieres the full stream of their new EP ” Blazing in a purging fire”, ultimate extreme metal experience at it’s best!
Divine Anger premieres the official music video for “Guru Of Hate”, don’t be lead by hate, restore yourself with truth in metal style!