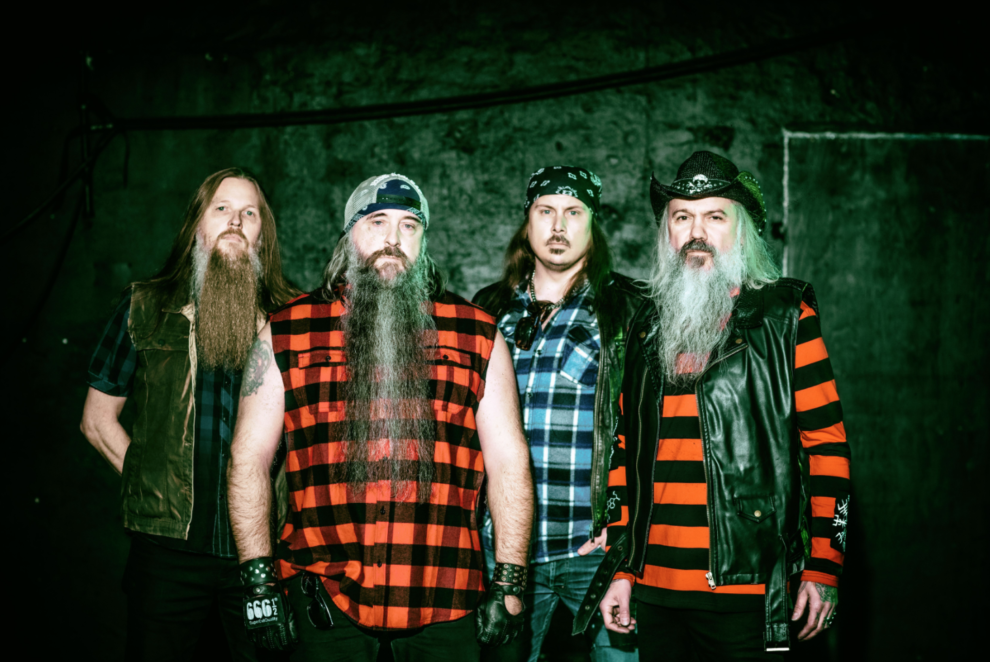 In their own style Transport League delivered one more, catchy/groove masterpiece – with the special guest appearance of mighty Sal, who made this song with his appearance more special and unique. And also his contribution to this song – to be such a hellish, groove and melodic masterpiece of destruction.

This song starts explosively from the start till the end. Amazing combination of riffs, Tony’s vocals, that are greatly arranged and adapted to the whole song, to the awesome drum coordination – creating this catchy/ groove slam crusher,  followed by the essence of rebellion and revolution. And clearly it is all very well produced and combined with each other, the whole technical part. It’s is a outstanding fusion of groove metal divinity. The whole song is just a rollercoaster of furious/groove explosive energy, that created this whole explosive atmosphere that the fans of the band and other listeners will like.

Tony’s vocals and Sal’s as well, go perfectly with each other – creating this power duo moment, that has a true rebellious power and  rage to it – making the song a rebellious demolisher of truth. And of course this goes flawlessly with the song, since the story of the song is about injustice, protest’s and corruption.

The main story is about oppression and how the government’s and the higher power is abusing their own citizens. Taking their freedom, human rights, ruling over them with the their fear, getting richer – while citizens are poor, also sending them to fight wars that are not their wars, but the ones who made them. And not working for their citizens, but for themselves only. They turn citizens against themselves and the other nations against each other, they profit from it of course. Which is happing today during the Covid-19 pandemic, of course the story of the song is the perfect example of it. The band implement this story to the song and the sounds of it – with such passion, power, smoothness and rage. They did just an outstanding job, of course the fans and listeners will be satisfied with the whole story, since it will leave on them such a strong impressions. And something to think about.

The images in the video are very well adapted to the whole song, the images of war and riots – chaos in general go along with the sounds, vocals and music in general in a good way. Creating this explosive visual experience that the viewers as well, will also like. Visually and musically it’s a one of a kind groove metal experience – power by the essence of rebellion and truth, creating this ultimate apocalypse in destructive/chaotic style.

Witness the truth and rebellion, through the chaotic sounds of groove/melodic metal mastery.

“After our previous European tour we did as support to A Pale Horse Named Death me and frontman Sal Abruscato became good friends. Me and Sal share the same dedication and passion for music, family values and through our common Italian heritage we also both love the Italian cuisine & beverages and also a good taste of humor. As I am a huge Type o Negative fan I was super excited to have Sal doing some guest vocals. We are super happy that Sal had the time to be part of this track, the outcome became awesome”.

There’s something irreversible about going full-speed on a highway. Every split second counts for the decisions you’re making, every mile running below your feet is left behind and can’t be repeated, not on that trip, not on that moment. Transport League career is, in many ways, a speed-running drive on the highway. The Swedes never looked back since, in 1994, they were formed by ex-B-Thong vocalist Tony Jelencovich. In the following decade, they released four albums, one EP, run through the world in tours, and got their “Swedish groove metal from hell” tag from experience, talent, and from impressive shows, from which the more vibrant were Hultsfred Festival (1997) and Dynamo Festival (1998).

“Boogie From Hell” was also the title of the Transport League comeback album in 2013, after a brief pit stop. The engines were running again and Tony and the boys seemed to be back at full speed, with four more studio albums dispatched until 2000 (with an average speed of a record every second year). Live appearances highlights included Gothenburg Sound Festival (2014), Getaway Rocks Festival (2015), Close-Up Cruise (2018), a European tour supporting a Pale Horse Named Death (2019), and a mythical US Tour which included Milwaukee Metal Fest in 2000, alongside bands such as Entombed and King Diamond. All was running full-speed for TL… Until pandemics broke.

Tony Jelencovich states this about the pandemic:

“The pandemic struck us hard just like it did to the whole music business & live scene”, Tony Jelencovich admits. But, never a band to bow down to adversity, Transport League kept moving forward, even with the road behind them bursting into flames. “At the end of April 2020 we decided to wrap up our songwriting sessions and drag ourselves into the studio”, the vocalist and guitar player states. The result is “Kaiserschnitt”, a collection of songs with the Transport League trademark, but with the new urgency of the times we’re all living so desperately. “The 11 tracks breathe a lot of live-take energy and with some moody breakdown tracks as well. The album has a Transport League signature all over!”

“Kaiserschnitt”, with all its moods and different rolls, had some space for Transport League friends to step in as well. Sal Abruscato (ex-Type O Negative, A Pale Horse Named Death) helped color the groovy track “March, Kiss, Die”, while Christian Sture (Heal) paid his dues to the hellish groove kings with a guest appearance in the title track. All in all, valuable contributions to a groovy, energetic, and catchy album that has Transport League rock’n’roll signature all over!

“Kaiserschnitt” will be released in digital, LP, and CD formats.

Check out the official premiere for the music video of “March, Kiss, Die”, here: