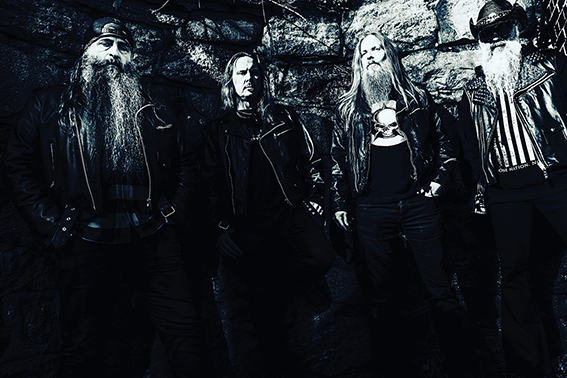 Swedish boogie rock’n’rollers Transport League celebrate one of the biggest rock bands on the planet, Soundgarden, with their very own version of the timeless classic “Black Hole Sun”. The song features the great Robert “Rib Guz” Ritchiesse on viola da gamba, harp fiddle and Celtic harp.

Here it is the amazing cover in version of this band of the iconic band and song – that they presented in their own classical unique way, that this band know how to present in that industrial wicked style. The original is a typical grunge song, with that rock element’s that are not the as in the cover song, also the original has more happier vibe to, but the cove has that darker approach since this is a song with very dark lyrics, so in that case the cover is better in some away then the original, the riffs and the other stuff is very similar to the original song – this show that this cover is truly  an outstanding one, it’s different – but not so much different than the original and that the magic of the cover songs, as well the great cover song.

The most different thing from the original is the use of unusual instrument’s  like viola da gamba, harp fiddle and Celtic harp, that at the end of the video sounded so refreshing and atmospheric, gave the song it’s true meaning and essence, that the fans of the original song and the true owners of the song will for sure like, also the band will love this cover, since this band added some stuff, that the makers of the original song would add as well back then – also this shows  how much powerful this cover is and it has that unique original view by this band, that they presented truly magnificent. The video is more darker that the original video, because this band got stray to the point, the whole image of the apocalypse, while the original video was sarcastic, but the meaning was the same and this video goes perfectly with the whole song – also it has the great production and story lines like the rest of the band’s previous videos’s for their new songs. Not the ordinary cover, but sure is a outstanding one, that will make the listener’s day just awesome.

Guitar player and vocalist Tony Jelencovich states this ab about the cover:

“We accepted the challenge to make a cover of this timeless song. Chris Cornell was an outstanding vocalist and this is our contribution to the memory of his legacy. Me and my boys, together with Robert “Rob Guz” Ritchiesse, did a great job on this and the Roberto Laghi production and mix is top notch”.

“A Million Volt Scream” is still to be ordered on CD & vinyl at www.targetshop.dk

Check out the premiere of the music video for the cover song by Soundgarden “Black Hole Sun”, here: